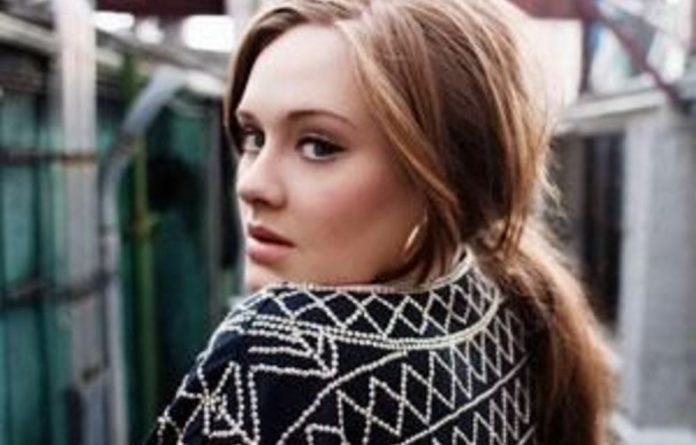 Back on November 16 last year, someone going by the helpful name of xxxxWGDxxxx played a small part in shaking up the music world.

That was the date he or she logged on to YouTube and uploaded a clip of Adele singing her new track, Someone like You, on the Jools Holland show on BBC TV. The video was soon being passed around feverishly by music fans, normally with some accompanying text saying something like “wow”.

There was something about the way the 22-year-old stood there and sang, displaying diva-like confidence yet wearing her heartache on her sleeve, that proved she had matured as an artist since the modest success of her debut album, 19. Suddenly, people became very interested in hearing more from the follow-up.

Since then that understated song has helped cause a whole lot of noise.

Recently, Adele’s second album, 21, smashed Madonna’s record for the longest consecutive weeks spent at the top of the album charts by a female solo artist. It also looks likely to beat the all-time record held by the Bob Marley and the Wailers compilation, Legend. And her Brits 2011 awards performance of Someone like You was deemed to be the highlight of the night by most critics who watched the ceremony. Adele’s success isn’t settling for owning the United Kingdom either — 17 European countries have had their album top spot hogged by 21, as has the United States.

So why has Adele’s star risen so swiftly and why is it connecting now? Yes, she has a great voice and decent songs — but clearly there’s something special going on here that sets her apart from the crowd of white female soul singers she was originally lumped in with (Duffy, Joss Stone, Pixie Lott et al).

What is it? The answer involves myriad different factors but perhaps the best place to start is with her record label, XL Recordings. XL spotted in Adele not just a singer with a great voice but also an artist who could be developed as her career progressed. That’s why she was given the freedom to pick who she worked with, choose which tracks to release as singles and have a say in how her records were marketed.

XL even trusted her to make the potentially damaging decision not to play at music festivals (most record labels would have had a fit about this).

Creative freedoms
If Adele initially struggled to stand out from the crowd, it was her decision to sign with XL that eventually helped her stake out ground as a credible artist.

Suffice to say, you probably would not see her cycling around a TV studio singing about Coke Lite.

Despite these creative freedoms, it would be unwise to make out that 21 was pushing any musical boundaries. The focus is on big, piano-led ballads, each one transformed by a devastatingly huge soul voice. People can crow at the lack of innovative sonic ideas on display, but they are not what find you an audience, from teens to aunties . It’s also worth bearing in mind that people like clinging to “safe” sounds during times of turbulence, making 21 something of a comfort blanket amid a recession.

“Adele is one of those increasingly rare artists who has the talent and appeal to reach beyond her typical fan base and connect with a much broader audience,” says HMV spokesperson Gennaro Castaldo. “She’s now enjoying a wonderful virtuous circle where her continuing success feeds into more ­coverage and even greater word of mouth, which in turn keeps the sales ­clocking up.”

Of course, having such wide appeal is bound to inspire criticism and plenty of people find Adele’s sound too middle of the road to be truly inspiring — some critics like to use the term “A-dull”. But that jibe misses a key point — that Adele packs a personality as big as her voice.

This is something NME newspaper editor Krissi Murison credits her success to. “When you look at the British female songwriters who have been really successful in recent years — Amy, Florence and Lily — the one thing they have in common is their huge characters.

Adele is similar in that she’s incredibly hypnotising when you meet her in person. She’s also pretty normal. She doesn’t have a crack habit and she doesn’t look like she grew up with wolves in an enchanted forest. It’s that essential humanness that so many people love.”

Not one for airs and graces
She may have attended the Brit School, but she is as far from the dead-eyed, all-singing, all-dancing stage-school desperado as imaginable. Her London cockney accent does nothing to soften the fact that she’s not one for airs and graces. During a recent UK newspaper interview, for instance, she broke the ice with the journalist by discussing her struggles with irritable bowel syndrome. When asked how she felt minutes before wowing the Brits crowd, she answered simply: “Shat myself.”

In a world where record labels are constantly trying to find the new Lady Gaga, it’s perhaps obvious why people would warm to a size-14 girl from north London who prefers her language, rather than her photo shoots, to be racy.

Adele’s way of presenting herself is at odds with many of her flesh-baring peers and nowhere is this demonstrated better than through her TV performances — where the music, rather than the outfits, unleash her smouldering sexuality.

On this front her TV plugger — Craig McNeil from Beggars — has played something of a blinder. It would have been McNeil who got Adele on to that Jools Holland show and who also secured her the Brits slot.

Emotional backdrop
Her music has also made its way on to all sorts of emotional TV montages, a particularly memorable one being a tear-jerker on this year’s Comic Relief.

The internet era may have made music accessible to all, but only on TV can songs be given the kind of emotional backdrop to unite such a broad audience at once.

You get the feeling even XL wasn’t prepared for this.

After all, Adele’s coming tour will see her playing such enormodome venues as, er, Shepherd’s Bush Empire, west London, and the De Montfort Hall in Leicester, central England — hardly venues fit for a star who has just knocked Madonna off her perch.

Still, this just adds to the Adele story — an ordinary girl genuinely shocked to be living the kind of “dream” that shows such as The X Factor promise but can never truly deliver.

It is perhaps this unexpected nature to her success that makes it sweetest of all. —

The weekly pop sack: Life in the time of disgrace

Adele adds more trophies to her cabinet at Brit Awards