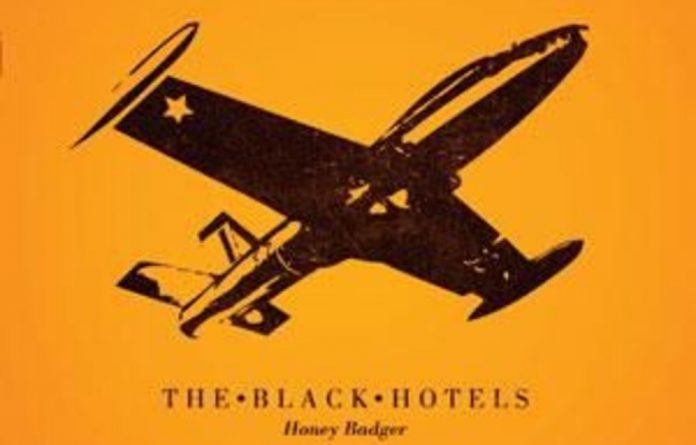 There are very few wasted moments on a Black Hotels album. Every word means something necessary to the song and every note carries its own silence in which to hear the music. The Black Hotels tell stories, sometimes baldly, sometimes elliptically, but always with a strange, sombre sadness that is inexplicably close to joy.

Key to their burgeoning appeal is that the band members write songs that appear to be primarily for themselves, or at least a small, localised audience of friends. There’s no way the incidental listener can understand what a song like It Has Begun is really about. “Dennis was a big machine caught inside his chemistry”? “Tell them now about your plan to marry Anne in India”? Who are these people? It doesn’t ­matter.

As with the Stones’ verse: “I went down to the Chelsea drugstore/To get your prescription filled/I was standing in line with Mr Jimi/And man, did he look pretty ill”, we don’t really need to know who Mr Jimi is. With enough thought, you can read an entire culture off that simple verse and without much thought you can feel that culture.Black Hotels songs work the same magic.

Paradoxically, the intensely personal proves to be the perfect way to express the allusive universal. It’s a trick that all the great songwriting bands have. “Rain clouds on a Sunday/drinking wine in a movie/you put your hands next to mine/When we leave you say you would like to come again” (Rain Clouds). Simple, beautiful, almost Proustian in its reductive elegance.
But does the music match the words? Impeccably.

There’s a rollicking doggedness about the songs and a studied cadence to John Boyd’s vocals. When allied with the sparkling, almost dilettante keyboards of Matthew Fink, and the lilting, Mo Tucker-like voice of Lisa Campbell, you get a sound that gets your heart singing at the same time as it imbues you with a melancholy at one remove.

It’s the fashion, or style if we want to be generous, for young South African bands of a certain ilk to haphazardly reference the 1980s, that lost pseudo-decade of monied exuberance, scattershot styles and tinkly keyboards. But what they’re doing is pastiche, a sort of Reader’s Digest condensed version that loses all the subtlety and complexity of the decade.

The Black Hotels reference the 1980s obliquely, with a keyboard phrase here and a New Order-like beat there.

The band is not doing homage; it is using a musical device to create a song entirely of the moment.

They also achieve that rare trick of writing songs that conjure a global emotional aesthetic, but are still incredibly redolent of Johannesburg.

Honey Badger is the band’s third offering, after the EP Beautiful Mornings and Films for the Next Century. All three are superb. No critic’s pat one-liner is going to sum up this band, but perhaps their own words hint at the relationship their art has with their fans: “They beamed a song into space and nobody noticed/in 400 years we will know if it burst through the light/and how will we know if it ever got there/it’s all in your hands.”