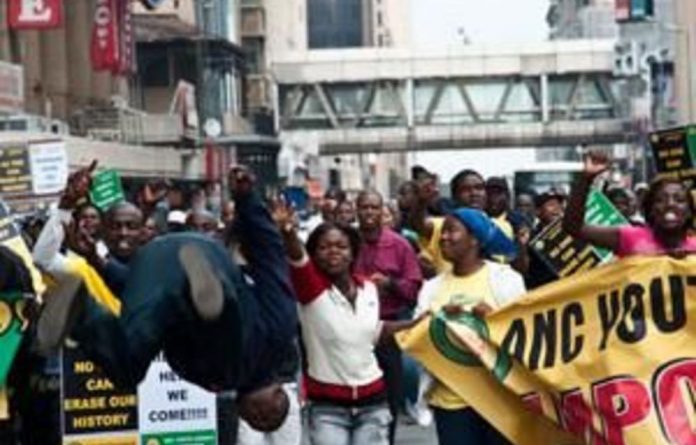 South Africa is perceived as a weak and failing state with infrastructural problems, Danie Goosen, the chairperson of the Federasie van Afrikaanse Kultuurvereniginge (FAK), told the Johannesburg Equality Court this week.

Goosen was testifying on Thursday on behalf of the Transvaal Agricultural Union (TAU) in the hate speech trial of ANC Youth League leader Julius Malema.

Goosen’s testimony dealt largely with the historical meaning of the term “boer” and the definition of the term “Afrikaner”, which, he argued, were equivalent.

He maintained that the term “boer” was seen particularly among young Afrikaners as connected to the concept of a freedom fighter. As evidence he presented the court with a T-shirt depicting what presiding Judge Colin Lamont described as “a bearded, pipe-smoking sort of veld person … six-foot, four inches, 240 pounds”.

The meaning of the term “boer” is of particular significance in the trial, where Malema is facing charges over his singing dubul’ ibhunu (Kill the Boer).

Many meanings
The ANC and Malema argue that the term has many meanings and that his intention was to refer only to apartheid oppression and not to a particular community.

Goosen said that there was great insensitivity about how Afrikaners experienced the statement “shoot the boer”, as it implied a lack of understanding of a minority group’s dilemma.

“The South African state is moving towards a criminal state,” he said. “The impression among Afrikaners is that we have to deal with a weakened state and it places them in a very precarious condition.”

Malema’s lawyer, Vincent Maleka, fired a string of questions at Goosen about whether the judiciary, government and Cabinet, comprising
people from across racial lines, were also “part of this weak state”.

Goosen responded: “I cannot answer that except to say that the state is experienced as a failing state by the authoritative academic community.”

Maleka also asked Goosen how he knew the meaning of the song after Goosen listed various media that had translated parts of it. The judge interjected: “If you hadn’t had the translation, would Afrikaners have taken offence?”

Maleka said: “Mr Malema will testify that there was no translation as and when he sang the song.”

The TAU later called two witnesses who testified that there had been a gradual increase in farm attacks over the years.

Chant
Earlier this week AfriForum and the TAU called musicologist Anne-Marie Gray to testify about the history of liberation songs in South Africa. Gray told the court that there was a difference between a chant and a song and that because dubul’ ibhunu was accompanied by repetition and toyi-toyi it was a chant.

She argued that there was room for liberation songs in South Africa, but that sensitivity was needed in the singing of them.

The alleged impact of the song on violent attacks on farmers has also been an issue in the case. Criminologist Christiaan Bezuidenhout testified that farm murders had reduced the number of active farms in the country since 1994. He told the court that South Africa’s farm murder rate was 700% higher than that in any other country.

Muzi Skhakhane, also a member of Malema’s defence team, claimed that Minister in the Presidency Collins Chabane, who recorded a version of the song in 2002, would be called on to testify later in the trial.

The court was less packed on Thursday than on the preceding three days of the hearing. On Wednesday it was reported that youth league supporters outside the court harassed a lawyer, jumped on her car and urinated. But youth league spokesperson Floyd Shivambu denied this.