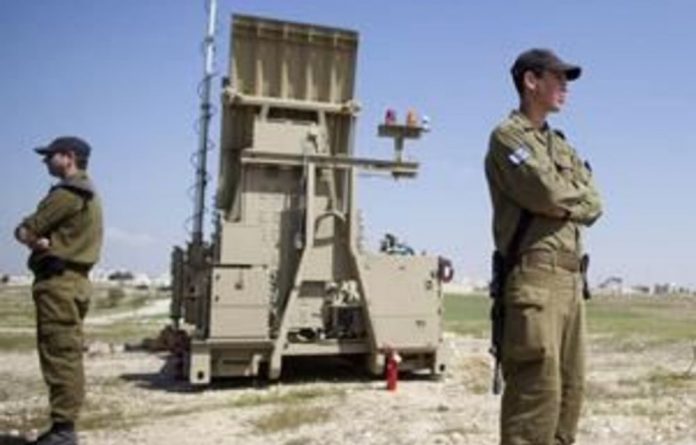 The initial success of Israel’s Iron Dome missile-defence system has been hailed as an example of “Jewish genius”, but the army insists it is still at an experimental stage.

Since April 7, it has shot down nine rockets fired at Israel from Gaza, although it was unable to stop at least 11 others.

Boaz Ganor, the director of the Institute for Counter-Terrorism said: “It’s a technical revolution that shows us what may be possible. Success has been limited by the fact that we have only two batteries, but it has proven itself accurate and efficient.”

The Iron Dome consists of three units: a missile-tracking radar, a control centre and a missile-firing unit. The moment a rocket is launched, its trajectory is relayed to the control centre, which decides whether it will land in an open or built-up area. If the rocket threatens a densely populated area, a missile is fired at it.

The world first became aware of the possibilities of missile defence during the Gulf War in 1991. US Patriot missile batteries in Israel and Saudi Arabia appeared to be successful in eliminating scud missiles fired by Iraq. In fact, subsequent analysis estimated the success rate was only about 10%.

Israel has long been the target of short-range rockets such as the Russian-designed Katyusha, supplied to Palestinian groups in Jordan and Lebanon in the 1970s and 1980s. More recently, Hezbollah fired about 4 000 rockets at Israel in the 2006 Lebanon war, killing 44.

Israel developed the Arrow long-range missile-defence system, but after its experience in 2006 it switched to the Iron Dome system. The cost is estimated at more than £1-billion, some of which will be subsidised by the US.

Critics point out that each Iron Dome missile costs about £25 000, while the rockets they eliminate are worth less than a few hundred, which could allow militants to wage economic warfare against Israel. Others suggest it would be easy to fool missile-defence systems with decoys. — Guardian News & Media 2011

The Hobbit to be extended to three films