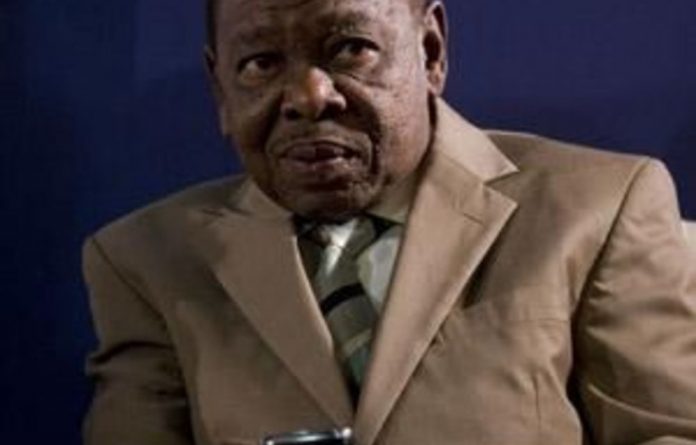 The explosive report by crime intelligence chief Richard Mdluli shows that the main battleground for the 2012 ANC presidential election will be KwaZulu-Natal, ANC insiders and associates have told the Mail & Guardian.

The report has blown the lid off the ANC’s succession battle, in which the two KwaZulu-Natal strongmen, provincial premier Zweli Mkhize and Higher Education Minister Blade Nzimande, have emerged as the main players. Both have ambitions for higher office, the report says.

But Mkhize called the report a “blue lie” and Nzimande said through his spokesperson that allegations of his ambitions were “mere rumours”. ANC insiders point to party divisions in the province over whether to support President Jacob Zuma for a second term as president or not.

“If you look at who benefits from the release of this report, it is JZ [Zuma] and Blade. It taints everyone seen as possibly opposed to Blade’s ambition and forces those who are against JZ out into the open,” an ANC insider with intimate knowledge of the report’s political ramifications told the M&G.

Another source with knowledge of KwaZulu-Natal politics told the M&G that the relationship between Mkhize and the president had deteriorated rapidly due to the numerous Zuma household and family matters which Mkhize had to take charge of in the president’s absence. “Zweli [Mkhize] became uncomfortable with how Zuma handled matters and did not want to be part of it anymore,” the source said.

ANC funders in KwaZulu-Natal have expressed discomfort to Mkhize about Zuma’s close relationship with the Gupta family.

“Zuma’s original funders started to feel alienated and Mkhize couldn’t explain it to them any more,” a source closely involved in the funding for Zuma’s Polokwane campaign said.

Mkhize did not respond to telephone calls and text messages this week. Nzimande’s spokesperson, Malesela Maleka, said Nzimande had a “working relationship with all members of the government, including Mkhize”.

Intelligence report
According to the Mdluli report various ANC leaders met in January 2010 in Estcourt, KwaZulu-Natal. Most have denied attending the meeting or plotting in any way. Key members of the group that is said to have met are Mkhize and Human Settlements Minister Tokyo Sexwale.

The M&G can reveal that Nzimande held meetings with Colonel Nkosana Ximba, an associate of Mdluli’s, at about the time of the writing of the explosive intelligence report that surfaced shortly after the arrest of both men. The report is dated November 11 2010.

Nzimande admitted having met Ximba, but refused to supply details to the M&G. According to a source with knowledge of the meetings, they took place in September or October last year. What was discussed remains unknown, but the source said the meetings were also held with Nzimande’s head of security. “That guy Killer [Ximba’s pseudonym], there were direct interactions between him and Blade,” the source said.

Nzimande’s chief of staff, Nqaba Nqandela, confirmed to the M&G the meetings had taken place, but would not divulge details.

“In the course of doing work, the minister meets with officials from many government departments, and other institutions of state, including institutions within the security establishment, on a whole range of issues,” Nqandela said.

“You will appreciate that the subjects of such interactions cannot be a matter for public consumption, as this can compromise the work of government,” he said. The ANC this week scrambled to manage the fallout from the report, which set tongues wagging about the legitimacy of its information, but also about the strategy behind its release.

According to ANC spokesperson Keith Khoza, Luthuli House telephoned each of the ANC leaders mentioned in the report in an attempt to verify its information. Several said they did not attend the Estcourt meeting.

“We first checked if it was possible for them to be there,” Khoza said. “We saw there were other things happening, like the youth league had a national executive committee meeting and Gauteng had its lekgotla.

“We then phoned them to back it up. Some of them said they had never been to Estcourt in their life,” he said.

Khoza said Zuma was comparing the report to the controversy in 2001, when Sexwale, Mathews Phosa and Cyril Ramaphosa were implicated in an alleged plot to unseat then president Thabo Mbeki.

The ANC does not view the Mdluli report in the same light as the Browse Mole report, an intelligence document released a year before the Polokwane conference that elected Zuma president, Khoza said.

“There were some things in [Browse Mole] that were true and there were other things that were not true. It was a matter of intelligence organisations being misled.

This report [Mdluli’s] is from a devious character and it was meant to be used during the national general council to destabilise the meeting,” Khoza said.

We need a NSFAS that is run effectively and efficiently to serve poor and working class young people who want to change their lives through education.
Read more
Coronavirus

In April, UniZulu announced that it had negotiated zero-rated data with MTN, Telkom and Cell C in so its students could access teaching and learning on its online platform without incurring data costs
Read more
Advertising
Continue to the category
National