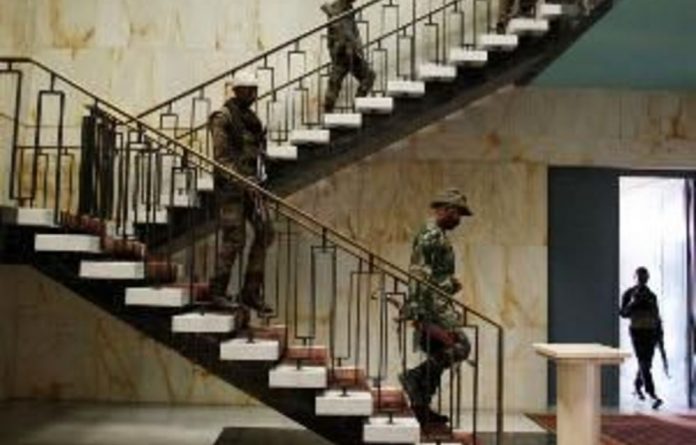 The mouthpiece of the West African state’s new masters, TCI television, said classes would resume on April 26 and traders have begun to shift a 400 000-ton backlog of cocoa that built up during the conflict.

In peacetime, Côte d’Ivoire was the world’s largest exporter of cocoa and income from the crop will be key as Ouattara rebuilds the economy and state institutions after a near civil war that left more than 900 people dead.

The former International Monetary Fund (IMF) official and long-time opposition figure took charge of the country on Monday, when his forces stormed the presidential palace in Abidjan and seized former strongman Laurent Gbagbo and his close family.

Gbagbo had refused to accept defeat in November’s presidential election, provoking a violent stand-off despite United Nations observers and the bulk of the international community recognising Ouattara’s victory.

House arrest
Now, the former president is under house arrest in the north of the country and former rebel fighters loyal to Ouattara are patrolling Abidjan along with UN peacekeepers and a force from former colonial master France.

During the conflict — which saw gun battles and aerial bombardments in parts of the lagoon-side port city — many homes and businesses were looted by armed mobs, and law and order is only returning slowly to Abidjan.

The UN and human rights groups have warned against the risk of reprisals, and Gbagbo supporters accuse Ouattara’s mainly northern militiamen of atrocities against civilians in the southern city.

Restore order
Ouattara has given himself two months to restore order and has promised to probe any allegations of brutality against his own men, while calling on Gbagbo’s remaining partisans to lay down their arms.

Some of the former regime’s key commanders have switched sides since the fall of their champion, but the president’s “Republican Forces” are still hunting alleged Gbagbo sympathisers.

On Friday one man, bare-chested and wearing only shorts was brought to Ouattara’s fortified headquarters in Abidjan’s Golf Hotel in the back of a pick-up, his face showing the wounds left by a severe beating.

“He’s a Gbagbo soldier; he admitted carrying out an order to burn five people,” declared one of his captors, while another pro-Ouattara soldier in uniform stubbed out a lit cigarette on the prisoner’s scalp.

“You will take us everywhere you killed. Show us where!” a soldier ordered, while another expressed amazement that the patrol had detained him alive: “Why did you bring him here? You should have just killed him!”

Back in business
But while there was tension surrounding weapons searches and anti-looting patrols, life was starting to return elsewhere in the sprawling metropolis, once one of Africa’s most glittering commercial centres.

“This weekend, people will get together again in the neighbourhood bars and nightclubs,” predicted one grinning, but perhaps optimistic, soldier, as once hungry families ventured out to markets to hunt for food.

In another sign of a return to normality Le Patriote, a staunchly pro-Ouattara newspaper, returned to newsstands with a cover picture of a humiliated Gbagbo headlined: “From hero to zero.”

Controversy still surrounds Gbagbo’s fate. In Paris, lawyers retained by exiled family members and regime diehards allege that he has been mistreated in custody and accuse France of engineering his downfall.

But France insists its soldiers merely acted in support of a UN request to bombard Gbagbo’s heavy weapons, and that it was Ouattara’s Ivorian troops who conducted the final assault on his palace. — AFP