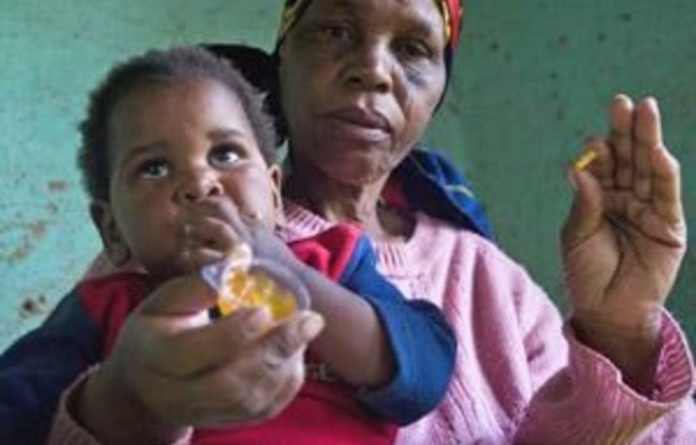 Universal access to antiretroviral therapy could have saved more than 4,37-million children in Africa from becoming orphans, according to a study done by Aranka Anema, from the British Columbia Centre for Excellence, a research institute based at St Paul’s hospital in Vancouver, Canada.

Overall, universal access to antiretrovirals in the region would avert the problem of 3,15-million maternal orphans, as well as 1,89-million paternal orphans and almost 750 000 orphans who will lose both their parents. Countries with the highest number saved from becoming orphans were South Africa (901 705), Nigeria (839 014) and Kenya (717 382). It is estimated that 11,6-­million children in sub-Saharan Africa have already lost one or both parents because of HIV.

Antiretroviral therapy has significantly reduced rates of HIV-related illness and death but, by the end of 2008 it was estimated that only 44% of people who need antiretrovirals in sub-Saharan Africa were receiving them.

The study modelled two scenarios to compare what impact uptake of antiretroviral therapy would have on the number of HIV orphans over a 10-year period from 2009 to 2020 in the 10 sub-Saharan African countries hardest hit by HIV and with the largest number of orphans. The first scenario assumed that 100% of HIV-infected adults would access antiretroviral therapy immediately. The second assumed that uptake of therapy would differ between countries and be based upon clinical eligibility.

While several studies have evaluated the impact of the Aids epidemic on orphanhood, “none to date have examined this in the context of efforts to expand antiretroviral access”, according to Anema. “Results of this study highlight the positive impact that expanded antiretroviral therapy may have in sub-Saharan African countries already burdened with high numbers of Aids orphans.”

In 2007 1,4-million children were orphaned by Aids in South Africa alone. Numerous studies have shown that orphans in sub-Saharan Africa have poor quality of life and health, including reduced access to basic material goods, and are less likely to be retained in the education systems. Orphans are also more likely to suffer from elevated psychological distress in their daily lives — and show symptoms of depression — than children who have parents. Orphans often have poorer nutritional status. Studies have shown that orphans may be at a heightened risk of acquiring HIV due to engagement in early and unprotected sex and in multiple sexual relationships. HIV-infected orphans have been shown to have delayed access to HIV treatment and care and reduced adherence to HIV treatment should they themselves already be or become infected.

The statistics
In 2007 the sub-Saharan countries with the highest number of living Aids orphans were Côte d’Ivoire, Ethiopia, Kenya, Malawi, Nigeria, South Africa, Uganda, Tanzania, Zambia and Zimbabwe. “If we are to make important gains in livelihood for future generations in Africa, expanding access to antiretroviral therapy should be of paramount importance. These results have important implications for the health and quality of life of children in sub-Saharan Africa and other HIV-endemic areas,” said Anema.

But calculations about the number of children saved from becoming Aids orphans by scaling up antiretroviral access by more than 50% comes at a time when there is a more than $20-billion deficit in the money currently allocated to HIV interventions, according to global estimates.

About 10-million people worldwide in need of antiretroviral treatment are currently unable to access it, in particular in sub-Saharan Africa. According to Sharon Lynch, HIV/Aids policy adviser for the Campaign for Access to Essential Medicines of the international medical humanitarian group Médecins Sans Frontières (MSF), certain radical “game changers” need to be implemented globally for the epidemic to come to an end. These could include the creation and implementation of a global financial transaction tax, also known as the “Robin Hood tax”. A tax of 0,005% would be placed on foreign currency transactions. It has been estimated that this would generate $33-billion a year for global health needs and other issues affecting the developing world.

“Such a ‘tax and treat’ strategy could deliver the sufficient, regular and predictable funding to pay for antiretroviral scale-up, provided donors make good on their existing commitments to the Global Fund for Aids, Tuberculosis and Malaria and other financing mechanisms,” said Lynch.

Another game-changer that is needed, according to MSF, is an enabling policy environment to usher in these innovations, including aggressive use of Trade-Related Aspects of Intellectual Property flexibilities and an effective patent pool to ensure that antiretrovirals become available to all who need them.

The lack of funding by developing countries is a valid concern, echoed by civil society across the region. The Treatment Action Campaign (TAC), the Aids Rights Alliance of Southern Africa and partners launched a regional campaign in 2009 to put pressure on developing country governments to expand funding for HIV and health and to promote the effective use of funds through civil society budget monitoring.

According to the TAC, opponents of HIV funding argue that money should instead go to other millennium development goals and particularly into infant and maternal health. “Yet HIV continues to be the leading cause of maternal and infant mortality in the African region. In at least four Southern African countries more than 50% of deaths in children under five are attributed to HIV. It also estimated that every minute a child is born with HIV.”

Another argument against HIV funding is that the HIV programme is isolationist, neglects other diseases and is carried out at the expense of strengthening the health system. According to the TAC, experiences on the ground have shown this claim to be unfounded. “In many cases HIV programmes have supported strengthening services for a wide range of diseases.

HIV care has often included early screening for cervical cancer, enhancing utilisation of sexual and reproductive health services, testing for and treating TB and malaria (which, with Aids, are responsible for most of the world’s infectious disease deaths) and promoting access to safe water supplies and better nutrition.”