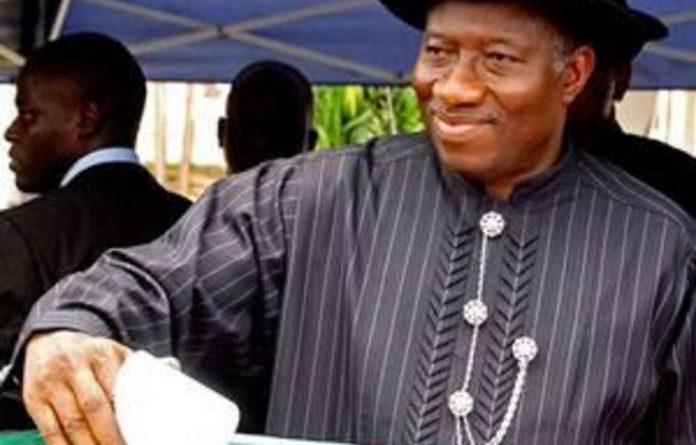 Nigerian President Goodluck Jonathan headed for victory on Monday in the country’s elections, with official results giving him a commanding lead as sporadic riots broke out in the north over rigging fears.

Millions of voters turned out for Saturday’s election as Africa’s most populous nation bid to put years of rigging and badly flawed ballots behind it and hold the cleanest polls for head of state in nearly two decades.

Observers gave the polls an initial thumbs up, but concerns were raised late on Sunday over extraordinarily high totals favouring Jonathan in parts of his native south. Riots broke out in parts of the north over fraud allegations.

Analysts spoke well of the organisation of the election on voting day, but questioned such figures.

“Figures of 95% and above for one party suggest that these are fabricated figures and, personally, they worry me because they pose serious questions on the credibility of the election,” said Jibrin Ibrahim of the Centre for Democracy and Development.

Significant margins
Jonathan’s main challenger, former military ruler Muhammadu Buhari, won by significant margins in parts of the north, but nothing approaching such high figures in selected states for the incumbent.

Buhari had alleged reports of fraud on election day, but his campaign declined to comment on the results so far, saying it preferred to wait until complete figures are announced.

The results also suggested that regional divisions had deepened, a scenario many analysts had hoped to avoid in a country as fractious as Nigeria, roughly split between Christians and Muslims.

The electoral commission officially announced results from 28 states plus the Federal Capital Territory, which includes Abuja and the surrounding area, before breaking for the night on Sunday. Eight states were left and result declarations were to resume Monday morning.

Totals so far gave Jonathan about 19-million votes compared with Buhari’s nearly nine million. Of the states officially announced in Abuja, Jonathan had won 20 plus the capital and Buhari had seven.

The former head of the anti-graft agency, Nuhu Ribadu, had one state.

Results obtained at the state level indicated Jonathan could end up with 23 states, while Buhari was likely to win at least 11 states.

A candidate must do more than carry the most votes to be declared the winner, with the Constitution requiring at least one-quarter of the ballots in at least two-thirds of the states plus the capital to avoid a run-off. Jonathan had achieved that threshold.

Voting day in Africa’s largest oil producer was largely calm despite a number of incidents, including three bomb blasts in the country’s north — one on Friday night and two on Saturday — with one wounding eight people.

Riots
There were riots in several areas of the north over rigging allegations that led to the burning of officials’ houses and protests in the streets.

Offices belonging to the ruling party and electoral commission in an area of Bauchi state were burned over allegations of rigging as well.

Rioting appeared to intensify in some areas late on Sunday, where more houses were burnt in Gombe state, a resident said. Bonfires were set in the streets in Sokoto, and there were also protests in Adamawa state.

Jonathan (53), a southern Christian, is the first president from the main oil-producing Niger Delta region.

He had an almost accidental rise to power that culminated with him being thrust into office last year following the death of his predecessor, Umaru Yar’Adua.

His calm approach has led some to call him weak, while others say it is better suited to bringing about change in Nigeria, a nation of 250 ethnic groups and a population of about 150-million.

Buhari, a 69-year-old Muslim, has built a reputation as a fighter of corruption, but his “war against indiscipline” during his regime in the 1980s was also accused of outrageous rights abuses.

Many in the north saw in him an opportunity to return power to their economically marginalised region. — AFP