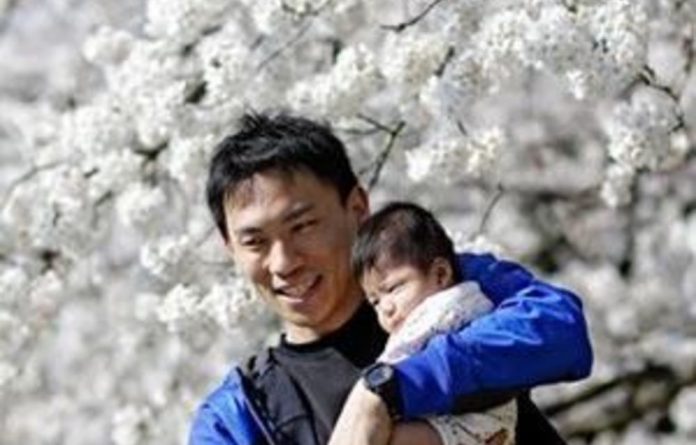 Every one of the tens of thousands of survivors of Japan’s tsunami disaster has a unique story to tell. Some are mourning the deaths of children, spouses, parents or friends. Most have lost homes and businesses. And all are united by a dignity that has struck visiting journalists, aid workers and the global audience watching every step of Japan’s worst crisis in its postwar history. Over the coming months, the Guardian will follow seven survivors as they attempt to put the March 11 tragedy behind them and rebuild their lives and communities. From the elderly dance teacher who is caring for orphaned children to the inspirational businessman, they are ordinary people who, in a few terrifying minutes, saw their lives transformed by catastrophe.

Kiwako Shimizu, teacher of Wada-ryu traditional dance, from Rikuzentakata
Within days of the tsunami, Shimizu, whose home was spared, had taken in four children orphaned in the disaster. Neighbours have urged her to reopen her school, located on higher ground, to bring relief to a community struck down by tragedy, but the 74-year-old has no appetite — yet — for the stage. Some of her students died and another remains missing. “I couldn’t help thinking it would have been better if I’d also been swept away with the hundreds of other people in this area,” she says.

For now, Shimizu will not allow the children in her care to be interviewed and brushes off praise for her selflessness. “I’m only doing what anyone else would do in the same circumstances. These children need to be cared for, so I don’t understand why anyone thinks I’m doing anything special,” she says.

Yoshiyuki Kumagai, fisherman from Ofunato
Three weeks after the tsunami swept through the town’s Okirai district, Kumagai can still only bring himself to take a glimpse at the sea from the hut that has become a refuge for fisherman deprived of their livelihoods. Yet the wiry 52-year-old has vowed, along with a handful of other fishermen, to repair the few salvageable boats remaining and return to the ocean in search of sardines, mackerel, crab and squid.

“At first I was so depressed I didn’t even want to think about work,” says Kumagai, who lives with his wife and their dog, Ash. “But now I’m determined to do something. I am so familiar with how the coast looked before that it’s still hard to accept what has happened. The gods of the sea are angry.”

Kenichiro Yagi, seafood entrepreneur from Ofunato
Yagi (34) sealed his reputation as an entrepreneur when he launched a successful online seafood business last year. The market and fishing boats on which he depended are now gone. But when we meet, Yagi and his employees are clearing the debris from a gutted convenience store, the only building left in the neighbourhood, which will serve as his new HQ.

With nowhere to refrigerate or store produce, Yagi plans to provide real-time online updates on what is being caught, directly from fishing boats, enabling customers to collect their orders as soon as the catch is brought ashore. “Some people have told me it’s too soon to think about the future,” says Yagi, a native of central Japan who decided to stay in his adopted home in the north-east. “But we have to do this while the will is there. The longer we wait, the less likely it is to happen.”

Michihiro Kono (37) president of a soy sauce company from Rikuzentakata
Kono lost his home and business, and his grandmother is one of the thousands of people who are missing, presumed dead. Yet with the support of a fiercely loyal clientele, Yagisawa Shoten, the firm his family has run for more than 200 years, is already taking tentative steps towards recovery.

Kono, whose wife and three children have evacuated to Tokyo, has secured a temporary office, kept on and paid all 45 employees and even welcomed two new workers. He gains inspiration from the words on a sign salvaged from the wreckage of his factory: “spreading gratitude through food”. He says: “There is no doubt in my mind that we will be back in business. My family has been making soy sauce in Rikuzentakata since the Edo era and we owe it to our customers to get back on our feet.”

Kyohei Takahashi, doctor from Minamisoma
Takahashi is one of Japan’s small but growing number of people who evacuated after the disaster at the Fukushima nuclear plant but has now returned.

The 72-year-old gynaecologist left Minamisoma at the request of his family soon after the first explosion. Parts of his town lie within the 20km exclusion zone around the stricken plant. Days later, Takahashi returned to find deserted hospitals and patients in desperate need of care and drugs. At one point, the local population had fallen from 70 000 to just 10 000, but a few people, encouraged by Takahashi, are returning. Speaking from his clinic, which has become a temporary general practice, he has mixed feelings about Minamisoma’s future. “It could be months before things settle down,” he says. “Until then, all I can do is my job. If we all work together, we can make something of this town, even if it takes years. But it will never be the same again.”

Hiroko Iinuma and Miyoko Sasaki, sisters from Kamaishi
The sisters spent three days looking for each other after their homes were washed away by the tsunami. Now, as evacuees living in Senju-in, a temple overlooking Kamaishi, they are inseparable. Iinuma (57) who ran a gift shop, and Sasaki, a 59-year-old soba noodle maker, have accepted that the temple will remain their home for weeks, perhaps months. They turned down pleas to live temporarily with their adult children in the Tokyo area, preferring to stay in Kamaishi and cook for their fellow evacuees, many of whom are elderly.

“Lots of my neighbours died and, as I walked the streets looking for my sister, I was convinced she had been killed, too,” says Sasaki. “I only believed she was alive when I saw her with my own eyes.” – guardian.co.uk