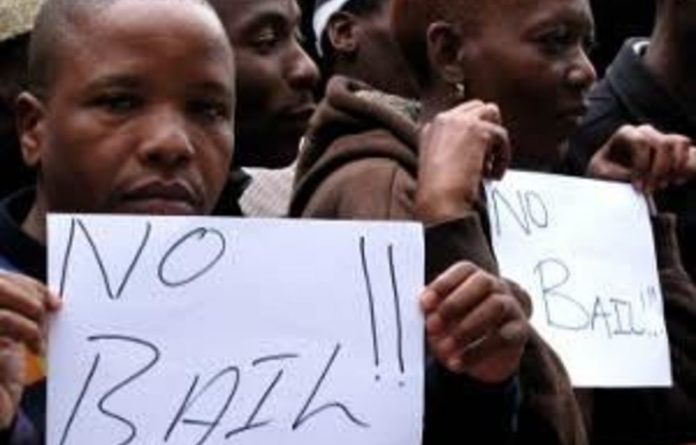 Police National Commissioner General Bheki Cele visited Ficksburg on Tuesday to offer support to the family of slain protester Andries Tatane, as the South African Human Rights Commission received a formal complaint against the police for its "excessive and unjustified" use of force against Tatane.

Hani said it was decided that it was the department's responsibility to support the family in a time of grief.

Tatane collapsed and died 20 minutes after he was shot, then beaten, allegedly by police officers, during a service delivery protest in Ficksburg, in the Free State, last week. The assault was broadcast on SABC news, which has led to a huge negative reaction from the general public towards the police.

The Council for the Advancement of the South African Constitution (Casac) said on Tuesday that it wanted the SAHRC to investigate whether this use of force contributed to Tatane's death.

Casac wanted the SAHRC to probe whether the use of force was justified in the circumstances, and whether any police involved should be held accountable, said Casac executive secretary Lawson Naidoo.

It also wanted an investigation into whether the police had taken the appropriate action to deal with the incident, and whether the Constitution or any statutes had been breached.

Swift action
"We are pleased that swift action has been taken to bring to justice those whose actions outraged the nation," he said.

He said Casac had been in contact with Tatane's family and had offered to provide legal support including a watching brief over the criminal prosecution and exploring other legal remedies the family may wish to pursue.

SAHRC spokesperson Vincent Moaga said the Commission received the complaint on Friday, and was looking at it.

In a statement, the SAHRC's chairperson, advocate Lawrence Mushwana, said it had engaged the ICD about the attack on and subsequent death of Tatane.

Mushwana said the SAHRC had wanted to ensure that no stone was left unturned in the ICD investigation of the incident. — Sapa