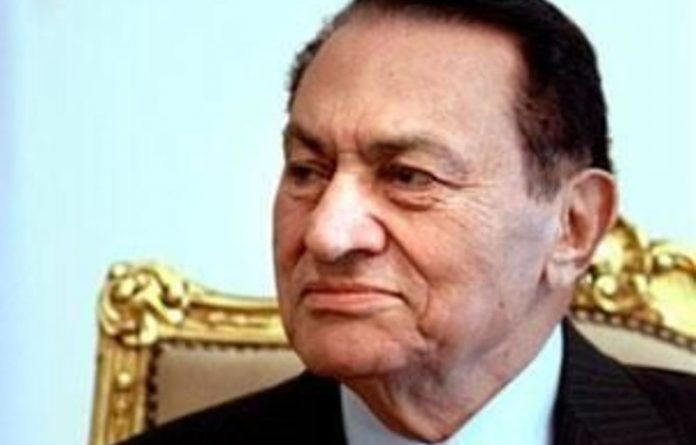 Egypt’s ousted leader Hosni Mubarak was complicit in shootings of anti-regime protesters as he tried to face down a popular revolt, a member of an official commission investigating the violence said on Tuesday.

Judge Omar Marwan, the commission’s secretary general, was speaking at a news conference after the release of its report’s summary, which said 846 civilians died in the protests that led to Mubarak’s ouster in February.

Twenty-six policemen were also killed in the 18 days of unrest, the report said, adding that police used excessive force against demonstrators and shot at people trying to film the events from balconies and windows.

“What is confirmed is that Mubarak’s permission [to use live fire on protesters] must be obtained. The shooting lasted for several days, and he did not hold accountable those who fired live rounds,” Marwan said.

“That confirms his involvement in responsibility,” he said.

Mubarak was last week remanded to 15 days’ custody in a hospital room on suspicion of involvement in the deaths of protesters. He was admitted to hospital last week after a heart attack.

His former interior minister Habib al-Adli is on trial for the shootings.

‘Maimed faces and destroyed eyes’
The report found that most of the dead had been shot in the head and chest, which indicated the use of snipers.

“If [the bullets] did not kill the victims, they maimed their faces and destroyed eyes,” the report said, adding that hospitals reported “a large number of eye injuries” from gunshots.

Marwan said snipers from a counter-terrorism unit belonging to the now dissolved State Security apparatus were deployed against protesters.

The report also accused police of intentionally running over protesters with their vehicles.

The commission, which was appointed by Mubarak’s cabinet before his ouster, found that plain clothes police and officials with the now disbanded National Democratic Party (NDP) organised a mob attack on protesters in Cairo’s Tahrir Square.

The melee in the iconic square on February 2 became known as the “Battle of the Camel” after men on horseback and camels attacked the pro-democracy protesters camped there.

The report’s summary did not accuse officials by name, but Marwan said the commission had submitted a list of dozens of officials accused of involvement in the crackdown to the general prosecutor.

Aside from Mubarak, a growing number of former regime figures, including his two sons Alaa and Gamal, have been detained or put on trial over the crackdown and corruption.

Gamal, a 47-year-old former investment banker, had risen in the ruling party’s ranks over the past decade and was widely seen as his father’s heir to the presidency.

That perception, as well as a flawed parliamentary election in November 2010 that left the NDP with more than 90% of seats, spurred the protests that ended Mubarak’s three decades in power, the commission said in its report. — AFP