Radiation from Fukushima ‘won’t increase much’ 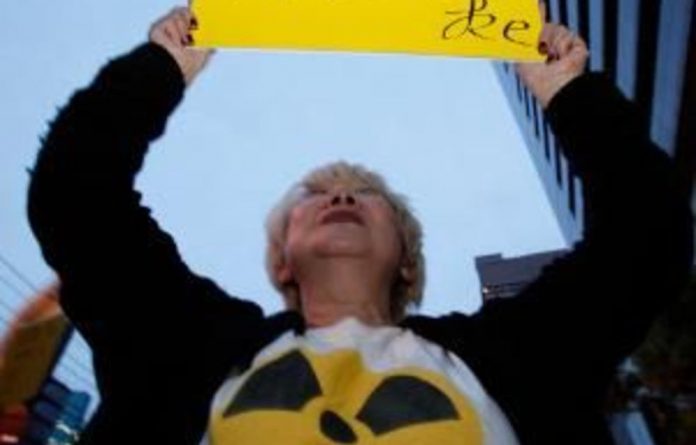 The overall release of radiation from Japan’s tsunami-hit nuclear plant will not increase much between now and when it is finally brought under control, the United Nations atomic watchdog said on Tuesday.

Japan has been working feverishly to bring the Fukushima Daiichi nuclear power plant, 250km northeast of Tokyo, into safe shutdown since it was hit by a 14m tsunami on March 11, triggering the world’s worst nuclear accident since Chernobyl.

The plant’s operator, Tokyo Electric Power Company (Tepco), said on Sunday it aimed to reduce radiation leaks within three months and to achieve a so-called “cold shutdown” within six to nine months.

So far, the overall radioactivity release has been around 10% of that seen at Chernobyl 25 years ago, the Japanese authorities have said.

And the head of nuclear safety at the International Atomic Energy Agency (IAEA), Denis Flory, said the amount would not increase much further.

“There have been high bursts of radioactivity from the beginning,” Flory said.

Radioactivity was still leaking “at a low level” but those leaks were decreasing.

“So, taking into account all the measures that are foreseen, the new amount of release will be decreasing and decreasing, and the total amount would not be much different from what it is today,” the expert said.

According to Japanese estimates, the total radiation release at Fukushima so far has been 370 000 terrabecquerels, compared with 5.2-million terrabecquerels at Chernobyl.

Asked whether Tepco’s six-to-nine-month timeframe for achieving a cold shutdown was realistic, Flory replied: “Whether they will be able to keep (to) this … will be shown by the facts.”

Nevertheless, it was “very positive” that such a timetable had been set out at all, the expert added.

The IAEA’s role over the next six to nine months would remain what it has been so far, that is to “share information,” Flory continued.

The watchdog would, however, send a team of international experts on a first fact-finding mission to Fukushima before June, he said.

The IAEA is to host a ministerial-level summit from June 20-24 to try to examine the lessons learned from the Fukushima crisis. — AFP