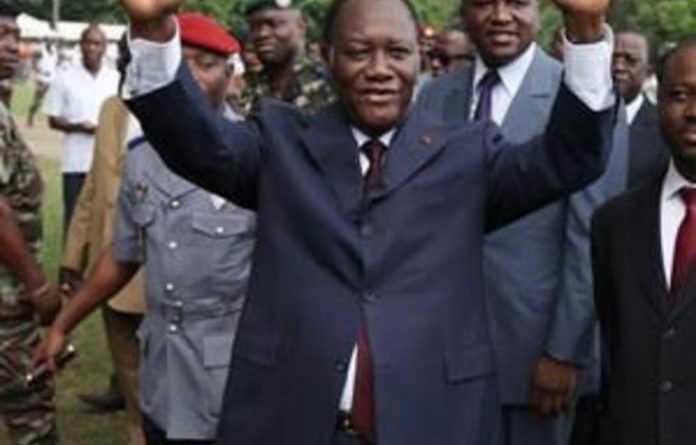 Die-hard pro-Gbagbo militia are still operating in sectors of Abidjan’s north-western Yopougon district, where residents said insecurity is high and they were forced to flee to safer neighbourhoods.

“Since 4am we have been hearing heavy firing and loud explosions. We were forced to flee the neighbourhood very early,” a Yopougon resident told Agence France-Presse.

“An FRCI soldier told us that they had come to dislodge pro-Gbagbo’s Liberian militia who are still hiding in Yopougon,” said another resident, using the acronym for new President Alassane Ouattara’s forces.

Heavy fire
The sound of heavy fire reverberated over the vast metropolis, where the new administration is trying to re-establish security following heavy fighting earlier this month to oust Gbagbo.

“I am waiting for a boat with my four children to sail across” the lagoon, said an elderly woman from Yopougon.

Another resident said: “The walls were shaking, we all fled.”

The former strongman was arrested on April 11 with the help United Nations and French forces who bombarded his Abidjan residence.

“I think that security has hugely improved since the first difficult days,” Soro told reporters. “The interior minister informed us that the police have gone back to their base … and they are ready for work.”

The FRCI troops have set up positions in Abidjan where they stop and inspect vehicles at several intersections.

Negotiations
Negotiations that began between the new government and militia willing to disarm to get protection have so far been unsuccessful, a defence ministry source told AFP.

Late on Tuesday, the government said in a statement that there was “continuing action by pockets of resistant militia and mercenaries, especially in some areas of Yopougon, and this is despite calls for disarmament”.

“Once again, the government appeals to the remaining mercenaries and militia to take this chance given to them to put down their weapons without fear of reprisals,” it added.

Côte d’Ivoire is emerging from a tense post-election deadlock sparked by Gbagbo’s refusal to give up power to Ouattara whom the international community recognised as having won their disputed November polls.

Ouattara has urged reconciliation and pledged that Gbagbo will face trial for the crimes by his regime that collapsed after a 10-year reign.

In a move to restore normalcy, the government on Monday urged civil servants to return to work, but few heeded the call as disruptions to public transport and continued insecurity hindered movement. — AFP