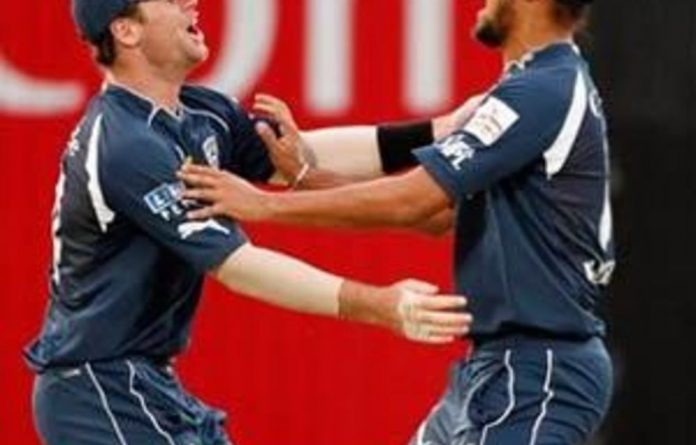 Little-known opener Sunny Sohal hit a half-century and Kumar Sangakkara made a solid 49 to set up Deccan Chargers’ 16-run win over Delhi Daredevils in the Indian Premier League on Tuesday.

The second match between Royal Challengers Bangalore and Rajasthan Royals was abandoned without a ball being bowled due to rain in Bangalore. Rajasthan have two wins and Bangalore one after five games.

Sohal top-scored with an impressive 62 as Deccan posted a competitive 168-4 before restricting Delhi to 152-7 for their second victory in five matches of the Twenty20 tournament.

Australian David Warner scored a 48-ball 51 with the help of one six and five fours for Delhi, who suffered their third defeat in four games. He added 52 for the fourth wicket with Venugopal Rao (21).

Yogesh Nagar (23) and Australian James Hopes (17 not out) were the other main scorers for Delhi.

Sohal, who smashed a six and a four off successive balls from South African fast bowler Morne Morkel, earlier put on 92 for the second wicket with skipper Sangakkara.

Sri Lankan Sangakkara, who hit one six and eight fours in his 35-ball knock, looked set to reach his half-century before falling in a bid to step up the run-rate.

Australian Cameron White helped Deccan cross the 150-mark with a brisk 25-ball 31 not out in the closing overs.