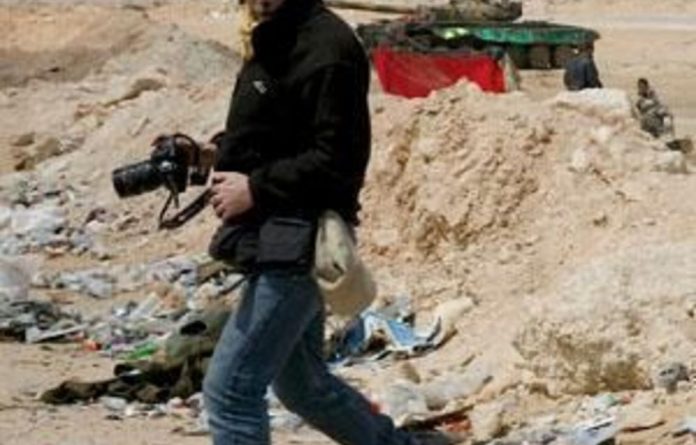 Journalists and photographers demonstrated in Johannesburg on Thursday for the release of news photographer Anton Hammerl, who is being held captive in Libya.

Organiser Shayne Robinson said between 30 and 50 journalists demonstrated on the corner of William Nicol and Jan Smuts avenues.

“We have the guys out here supporting his release,” said Robinson.

He said he had no news on Hammerl’s situation.

“The status quo remains unchanged. There are things happening behind the scenes and we don’t know what that is,” said Robinson.

Earlier on Thursday, the Cape Town Press Club welcomed the announcement by the Presidency that South Africa’s mission in Libya was actively trying to ascertain the whereabouts of Hammerl.

“The Cape Town Press Club calls for the immediate release of Mr Hammerl, and for his safe return. Our thoughts are with his family, friends and colleagues at this time,” it said in a statement.

No news
Department of international relations and cooperation spokesperson Clayson Monyela said by Thursday morning there was still no news on Hammerl.

“If we know anything about his situation, we will immediately let you know,” he said.

On Wednesday, the Presidency said President Jacob Zuma was receiving regular briefings on attempts by South Africa’s mission in Libya to locate Hammerl.

Spokesperson Zizi Kodwa said it was difficult to obtain information on Hammerl, who was being held by Gaddafi’s loyalists in Libya, following the evacuation of all South Africans in Libya, including staff at South Africa’s embassy.

Hammerl went missing in Libya 12 days ago with two other journalists from Spain and the United States.

In Cape Town a group of journalists, concerned citizens and friends of Hammerl demonstrated on Wednesday in a bid to draw attention to his plight. — Sapa