Of power, presidents and medicine men 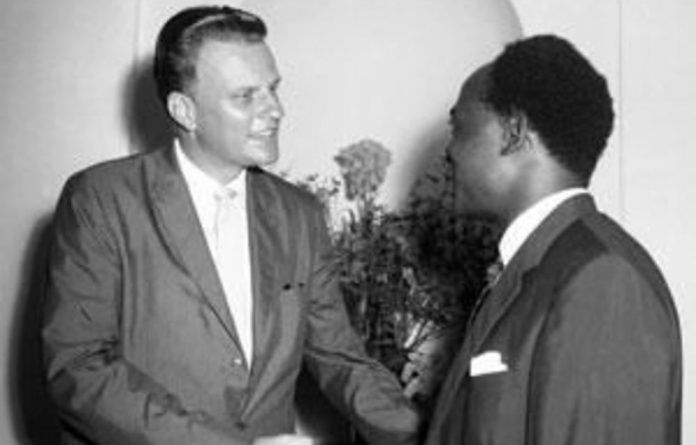 The office of the president is a relatively new one in most of Africa, not more than five decades old. Previously it was the colonial governor who presided over the colonies. When Ghana’s Kwame Nkrumah and other founding presidents were sworn in as heads of state, moving into the governors’ mansions, they were treading on ground on which they had previously walked only as “house boys” and gardeners.

Of course, it helped that certain presidents were of royal stock, including Nelson Mandela; Botswana’s founding president, Seretse Khama, and Côte d’Ivoire’s patriarch, Félix Houphouët-Boigny. This made the transition from chief to president a relatively smooth one.

Most of these presidents gained some legitimacy and authority by moving into the governor’s mansion. The gun, of course, has been the other source of power, with the church and its rival and nemesis, traditional medicine.

The church marched ahead of colonialism, softening the souls for a rich harvest by empire and, as a result, Christianity has remained the religion of choice for hundreds of millions of Africans. The colonial administration, working with the church, made sure that obeying the new laws of the recently conquered lands was seen as a Christian duty.

But long after the colonial master has retreated the church’s moral template remains in use, its dogma pervasive and its tentacles far reaching. The founding patriarchs, most of them educated by Anglicans, Lutherans, Methodists and Catholics, continue to derive legitimacy from the church. Robert Mugabe, for example, was educated by Catholics and remains one to this day.

In an interview with his biographer, Heidi Holland, Mugabe told her “my granny was a heathen” — quite a surprising statement from a politician celebrated in some black circles as a hero. At the height of the Zimbabwe crisis there were repeated calls to excommunicate Mugabe from the Catholic Church, stripping him of the halo of the church. Even though Zimbabwe is not officially a Christian state Christian values are extolled and it is normal for official functions to begin with prayer.

The black Englishman
Zambia officially became a Christian state. A few days after Christmas Day in 1991 former president Frederick Chiluba announced that Zambia had become a Christian nation. Chiluba, a born-again Christian, had found God while in a Kenneth Kaunda jail for his trade union activities. After the declaration, inserted into the nation’s Constitution, observers did not find Zambia markedly different from the Kaunda days. Apart from a few nominal changes and more speeches spiced with references from the Bible, Zambia remained what it had been before. One of the more notable changes Chiluba insisted on was ordering a top football team, the Nkana Red Devils, to drop “Devils” from its name.

In East Africa, former Kenyan president Daniel arap Moi, a teetotaller, went to church regularly. His biographer, Andrew Morton, wrote in The Making of an African Statesman: “Before he retires each evening, Moi reads from the holy scriptures, particularly favouring the New Testament.”

At the other end of the spectrum are the practitioners of traditional medicine, the sangoma-presidents.

Kamuzu Banda, Malawi’s founding president, was, by most accounts, a “black Englishman”. He wore dark, three-piece suits, a homburg hat and gave all his speeches in English, never in Chichewa or any of the country’s indigenous languages. Yet he carried around a fly whisk, the sangoma’s ultimate prop.

Some of the myths that followed the Banda cult include one about him leaving his jacket hanging in midair in Zimbabwe, where he briefly lived before he came to study and work in South Africa. In a country in which witchcraft is feared and revered, one can imagine what effect his supposed status as a medicine man must have given him.

A ‘public ceremony of kingship’
Houphouët-Boigny’s 33-year-long presidency was a boiling cauldron of both the traditional and the Western. Born to a chief, he built what was then the largest church in the world, the Basilica of Our Lady of Peace, which cost his country $300-million. It can accommodate 7 000 people, with standing room for a further 11 000. But he did not just build structures that pierced the sky, he also burrowed deep into the earth. Next to his palace Houphouët-Boigny built an artificial lake into which he introduced turtles and crocodiles. The crocodiles fed on chickens, which were regularly thrown into the lake, a ritual that usually attracted a crowd to the presidential palace in the jungle.

In his essay, The Crocodiles of Yamoussoukro, VS Naipaul calls this a “public ceremony of kingship”. The ritual, he argues, spoke of a “power issuing to the president from the earth itself”.

The earth itself seems to have belched its assent when Nkrumah’s administration decided to build a dam in the mighty Volta River. Legend has it that when a decision was made to build the dam permission had to be sought from the river gods. I read in the Economist that Nkrumah had authorised a human sacrifice, a rite meant to appease the river and earth gods who were certain to be riled by the gargantuan earth movements.

Seeking corroboration, I asked a Ghanaian artist who, more or less, confirmed the myth. But he told me that I was never going to find definitive confirmation.

When the Ashanti king dies, he added, people in Ghana avoid staying out late at night because the king cannot go to the other world without living companions. Thus a “loiterer” risks being kidnapped and used as a “pillow” for the king who has set out on his final journey.

In instances like these, a president has more powers than a leader who can authorise the use of a nuclear bomb. In one office he combines the powers of king, priest, magician, medicine man and president.

It is a dizzying marriage of the secular and the religious in a strange matrix that the colonial governor could not have envisaged when he vacated the state mansion.