What’s a nice Christian girl to do? 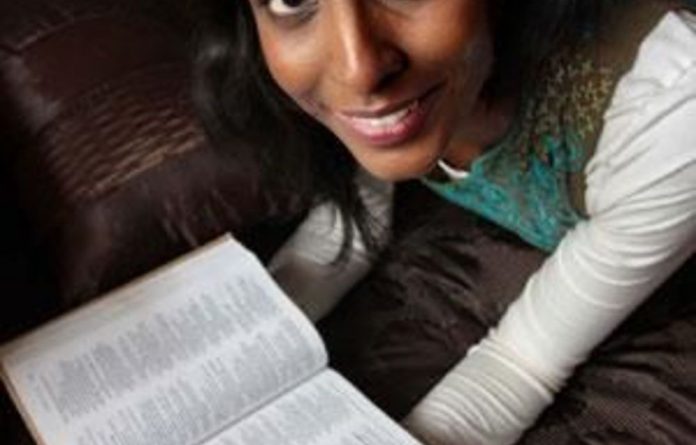 “Can I have your number?”

He was tall with a nice smile and hopeful eyes. I steeled myself. “No. I’m a Christian.”

It wasn’t the first time I have heard that. My favourite response is actually the “So am I.” The so-am-Is are endearing, really. They tell you about how much their mom loves to read the Bible. How they go to church every Christmas.

“No really,” I say. “I’m a Christian Christian.” Which basically comes down to: “Sorry pal, you’re not getting any.”

Still, some guys have been more persistent than others.

There was the son of a colleague who insisted on introducing me to his parents, resulting — after a complex but failed series of exit strategies — in me diving for cover behind a jewellery stand in the chic boutique where we bumped into them. There was the jock who pursued me for a year, becoming a Christian along the way and promptly losing all interest in me. And there was the artist who quoted the most apt Nick Cave lyrics, before finally throwing in the towel:

I don’t believe in an interventionist God
But I know, darling, that you do
But if I did I would kneel down and ask Him
Not to intervene when it came to you

A beautiful text message if there ever was one. So you’re probably wondering why my faith would ask me to walk away from it.

I’ve always struggled to explain to others exactly what kind of a Christian I am. Evangelical, charismatic or even the dire “happy clappy” come close but aren’t entirely accurate. In general I believe in joining Bible-based, spirit-filled churches and living out my faith as a relationship with God rather than a religion and set of rules.

That can be a bit of a mouthful and still won’t tackle the preconceptions that, because I’m a devout Christian, I’m a Bible basher, that I pray loudly in tongues on street corners, or that I go to giant healing rallies with Men of God with obscure practices like whacking people over the head to impart the holy spirit into them.

Neither will it pin down where I differ. So here it is: I drink, but not in excess. I don’t believe in premarital sex, I try not to lie and I don’t date non-Christians. But then the don’ts are far less interesting than the dos. Discovering more of God, working hard, loving people and helping the poor and downtrodden are the parts of my faith that I find the most exciting — and challenging.

It’s tricky to navigate one’s principles in a secular world without freaking everyone out in the process. I’ve watched people’s eyes widen in slight horror when they find out I’m serious about this whole faith business. One colleague drunkenly confessed to me at a company party that I was “the un-weirdest” Christian she’d ever known. But she was careful to point out, in her inebriated state, that she still thought I was clinically insane.

My faith appears to be cause for hypersensitivity. Am I judging you? Do I hate gay people? Do I call you an adulterer behind your back while flagellating myself to purge the uncleanliness I’ve encountered throughout the day?

No, no and, um, definitely not.

There’s no point in judging others. To expect someone who doesn’t subscribe to the same belief system as you do to honour those beliefs is patently ridiculous.

On the flipside, to criticise those who do is in direct contradiction to the Bible, which repeatedly tells us not to judge others. So it’s better all round to leave out the judgment.

And I have it easy. My Muslim friends have far more to deal with. Not drinking alcohol means it’s super easy to stick them in the box with “unfun” stamped across the top in big letters. And super simplistic. Because, and here’s what I don’t get, to enjoy life fully has somehow become equated with having zero boundaries.

I chose not to drink during the entire four years I was at Rhodes University because of the level of alcohol abuse in the town. Yet I went to loads of parties, made many friends and lived an incredibly full life while there, all the while growing in the most inexplicably beautiful and satisfying relationship I’ve ever known — knowing God.

The biggest tragedy for me is the conflation of faith with rules. There exists a myth, fostered by Christians and others, that to be good you must live by a set of laws and inevitably repress your true desires. If that was the true nature of Christianity you can be sure that I wouldn’t have lasted 27 years. I don’t believe in being good. I believe in being loved by a heavenly father and loving others in return.

But it’s best put by philanthropic rocker Bono, who said in the 2005 book Bono on Bono, that at the centre of all things is the Buddhist idea of karma.

“You know, what you put out comes back to you: an eye for an eye, a tooth for a tooth, or in physics — in physical laws — every action is met by an equal or an opposite one. It’s clear to me that karma is at the very heart of the universe. I’m absolutely sure of it. And yet, along comes this idea called grace to upend all that ‘as you reap, so you will sow’ stuff. Grace defies reason and logic. Love interrupts, if you like, the consequences of your actions, which, in my case, is very good news indeed, because I’ve done a lot of stupid stuff.”

I know exactly how Bono feels. I’m definitely no saint. Nobody is.

And that’s why I never tire of reading that quote. It’s the higher reward that makes resisting the so-am-Is a no-brainer. It’s the reason I am often moved to tears during prayer, even if that prayer is in the middle of the news room. And it’s why I can look you in the eye and say: “No really, I’m a Christian Christian.”

Verashni Pillay is the deputy editor of Mail & Guardian Online