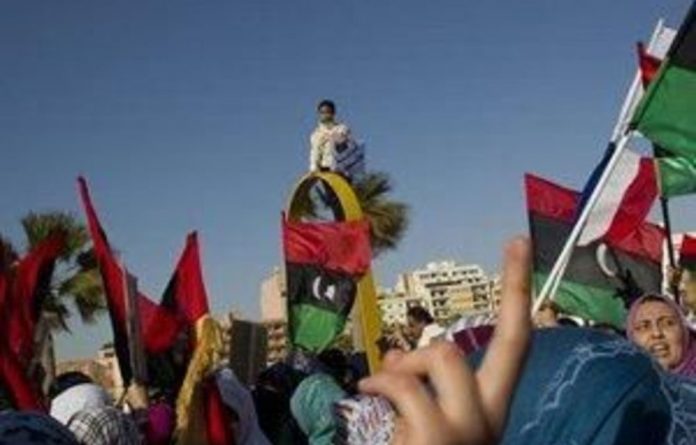 The western Libyan city of Misrata came under heavy bombardment on Sunday by forces loyal to Muammar Gaddafi, a rebel spokesperson said, a day after rebels celebrated a government pull-back.

Captured government troops said they had been ordered to retreat from the coastal city after a siege of nearly two months, and rebels fighting to overthrow Gaddafi had claimed victory there on Saturday.

“The situation is very dangerous,” rebel spokesperson Abdelsalam said by telephone from Misrata.

“Gaddafi’s brigades started random bombardment in the early hours of this morning. The bombardment is still going on. They targeted the city centre, mainly Tripoli Street, and three residential areas.”

He gave no indication of casualties. Hundreds have been killed in the fighting for Misrata, the only major rebel-held city in western Libya.

In the rebels’ eastern stronghold Benghazi, a rebel military spokesperson said he was sceptical about the pullout from Misrata by Gaddafi’s forces. “I don’t think this is a real withdrawal,” spokesperson Ahmed Bani told Reuters.

He suggested government loyalists may be trying to stoke tensions between Misrata and neighbouring towns, and that Gaddafi’s troops might return to Misrata later under the guise of intervening to protect local tribes from the rebels.

Libyan Deputy Foreign Minister Khaled Kaim said on Friday that the army would “leave it to the tribes and the people around Misrata to deal with the situation whether by using force or using negotiations.”

“This may be cover for using more insurgent type warfare without any uniforms and without tanks. So it does not mean the Gaddafi regime has pulled out of Misrata,” he told the BBC.

Rebels say they need weapons
Britain and France have been leading air strikes against Gaddafi’s forces in an operation mandated by the UN Security Council on March 17 to protect civilians in Libya.

The United States has also deployed Predator drones, using the unmanned plane for the first time on Saturday to attack the site of a multiple rocket launcher near Misrata.

Rebels have so far, however, been unable to advance from eastern Libya and have instead fought a back-and-forth battles with Gaddafi’s troops on the coastal highway between the towns of Ajdabiyah and Brega.

Rebel spokesperson Bani said the rebels in the east were still outmatched by the superior firepower of Gaddafi’s troops.

“If we obtain weapons, I think we would be able to solve this problem in maximum one month,” he said.

Western countries, reluctant to be further dragged into a conflict in a third Muslim country after wars in Iraq and Afghanistan, have been unwilling to arm the rebels. But Britain and France have said they will send military advisors and Italy is considering sending military trainers.

Western powers have been bombing Libyan positions for more than a month. The United States, Britain and France say they will not stop their air war until Gaddafi leaves office.

Given the stalemate in the east, the announcement that Gaddafi’s troops were pulling out of Misrata was the first suggestion in weeks of a shift in the balance of the war.

On Saturday, rebels in Misrata celebrated their success.

“Misrata is free, the rebels have won. Of Gaddafi’s forces, some are killed and others are running away,” a rebel spokesperson said by telephone from the city.

One government soldier, Khaled Dorman, among a group of 12 being brought to hospital for treatment in Misrata, told Reuters that, “We have been told to withdraw. We were told to withdraw yesterday.”

But the mood of victory among the rebels appeared to be short-lived. By late on Saturday, al-Jazeera television reported that heavy fighting continued around a hospital in western Misrata being used as a base by Gaddafi’s forces.

“The armed forces did not withdraw from Misrata. They stopped operations in Misrata because the tribal leaders in Misrata decided to take action to return life,” he said.

He said 60 000 civilians were ready to fight for the town. The rebels say very few people around Misrata back Gaddafi and have accused him of paying mercenaries to pose as locals. – Reuters