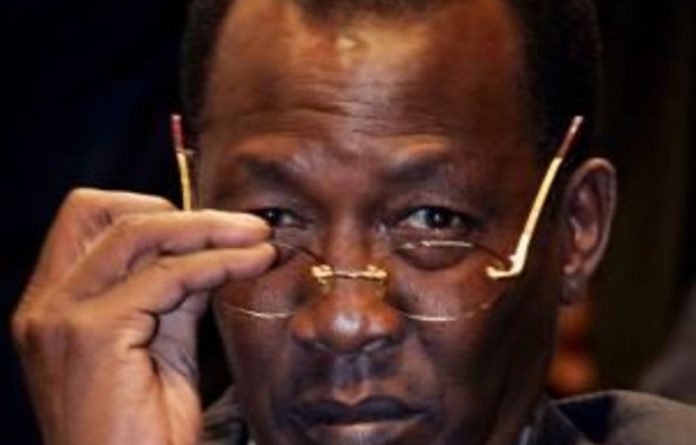 Chad went to the polls on Monday in the first round of its presidential election with incumbent Idriss Déby Itno virtually assured of extending his 21-year rule after his main rivals boycotted the vote.

Deby, in power since ousting dictator Hissene Habre in a 1990 coup, is seeking a fourth term as president of one of the world’s poorest countries, albeit with growing oil exports and abundant resources of uranium and gold.

Key opposition leaders have withdrawn from the vote after claiming that his Patriotic Salvation Movement (MPS) party stole February parliamentary elections and the start of Monday’s vote was marred by hitches.

Deby called on nationals to “fulfil their civic duty” as he turned out to vote in the 11th district of the capital.

“I would like to ask all Chadians to come out in force to fulfil their civic duty,” he said.

The vote began after delays in some areas because of the late arrival of voting materials and staff, witnesses said.

In Djambalpar, part of the third district of Ndjamena, a 19-year-old student, Abdelaziz Djikouana, said: “I expect a good result for the president so he is re-elected.”

Other voters were hoping for change however. In the sixth district, unemployed Salomon Laoutaye, 32, said: “Change is all I want, peace and security.”

He added: “I don’t agree with the boycott, you can’t continue to boycott if you want change to happen.”

Opposition leaders Saleh Kebzabo, Wadal Abdelkader Kamougue and Ngarlejy Yorongar say they will not recognise the poll amid demands for reforms including the issuing of new voters’ cards.

They claim that unfair conditions caused the MPS to crush them in the February parliamentary poll and are predicting the new poll will be an “historic fraud”.

Meanwhile Deby has said he is certain of re-election and that the poll would be “credible”.

The real reason for his former challengers’ boycott was that “they realise they will be beaten”, the president told a press conference on Friday.

In the February polls, the first contested by the opposition since 2002, the MPS won an absolute majority with 113 of the 188 seats in parliament against a fragmented and underfunded opposition of more than 100 parties.

Deby became Chad’s first president to be elected by universal suffrage in 1996. He was elected to a third mandate in 2006, following a modification of the constitution, at elections boycotted by the opposition.

Since then, he has gained a reputation as one of the great survivors in African politics.

Deby’s regime has been faced with rebellions since late 2005, particularly in the east of the country, which borders Sudan’s war-torn Darfur region.

In 2008 rebels came close to overthrowing Deby, briefly entering the capital before being pushed back with the help of French forces.