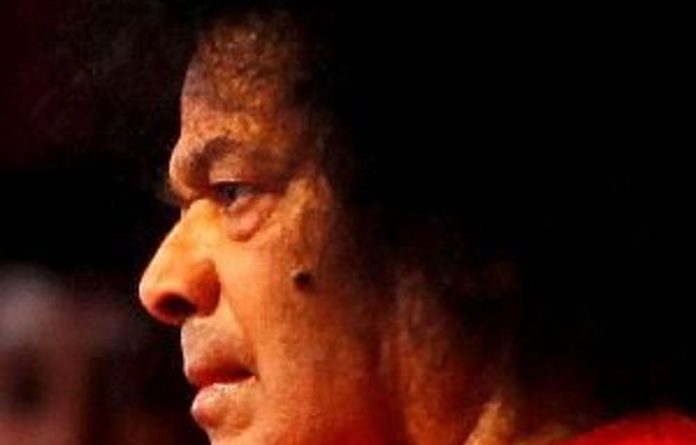 Thousands of grieving devotees, including cricket star Sachin Tendulkar, on Monday filed past the body of Sathya Sai Baba, a popular Indian guru who attracted a worldwide following.

Sai Baba’s corpse was displayed in a transparent casket at his ashram in Puttaparthi, a village in southeast India that was transformed into a major pilgrimage centre during his life.

Followers wept as they bid farewell to their spiritual leader, who died aged 85 of multiple organ failure on Sunday morning, after spending three weeks in hospital.

Locals and visitors who had descended on Puttaparthi to pray for Sai Baba’s recovery formed long queues outside the ashram, waiting hours in the heat for the chance to see him one last time.

Frustrations
Police reinforcements from across Andhra Pradesh state were on duty and crowd barriers were erected to control mourners frustrated that dignitaries were ushered ahead to view the body.

“Many VIPs are allowed to see our god quickly without standing in line, while we have to wait hours to enter the hall,” complained Ramesh Kumar, 38, a teacher from Chennai.

Sai Baba was credited by millions of followers across the globe with supernatural powers, including the ability to conjure objects out of thin air, remember past lives and cure terminal diseases.

Instantly recognisable for his wild curly hair and saffron robes, he was followed by Indian politicians, judges, Bollywood actors and sports stars as well as legions of the poor.

Former national cricket captain Sunil Gavaskar was among those who rushed to Puttaparthi to pay homage.

“He’s left his physical form but we all know that he’s going to live in our hearts,” Gavaskar told the Star News television channel. “He will continue to guide and inspire us.”

Tendulkar, meanwhile, who flew in after a cricket match on Sunday evening, sat quietly by the body with his wife Anjali, wiping tears from his eyes as scented sticks and musical chanting filled the air.

Inspiration to all faiths
Indian Prime Minister Manmohan Singh, who described Sai Baba as “an inspiration to people of all faiths”, was expected to pay his final respects on Tuesday.

Sai Baba’s organisation funds health and education projects in India, including hospitals and clinics that say they cure ailments beyond the capabilities of mainstream medicine.

From his ashram, he established schools and centres that spread his influence internationally and attracted supporters in the West such as Hollywood actress Goldie Hawn.

But some dismissed him as a charismatic charlatan.

His capacity to miraculously produce gold coins and watches at public meetings was often dismissed as a basic magic trick — criticism that did nothing to dent his popularity.

He also faced allegations of sexual abuse of young male followers, which his opponents said were ignored by Indian authorities too fearful to investigate him.

The future of Sai Baba’s hugely wealthy trust, which is funded by donations and has been criticised for a lack of transparency, is uncertain and some observers predict a power struggle among his closest aides.

His body will be buried on Wednesday in line with the practice for spiritual leaders in India in contrast to the regular Hindu custom of cremation. — AFP

The teenager has become known for her aggressive batting. But her father, Sanjeev Verma, told of the struggle to get her daughter accepted in games
Read more
Sport

In bringing up 100, he becomes the second-fastest batsman to 25 Test centuries in terms of innings, with 127, and the crowd showered him with applause
Read more
Sport

The enigma of Virat Kohli

India’s captain is set on leading on his own terms, no matter what his haters have to say
Read more
Sport

The Indian cricket team says it has no part in the administrative problems between Cricket SA and the Board of Cricket Control in India.
Read more
Sport

‘One in a billion’ Tendulkar bids farewell to the game

Sachin Tendulkar is saying goodbye to the game of cricket, after a record-breaking career that set new batting standards for 24 years.
Read more
Advertising
Continue to the category
Politics