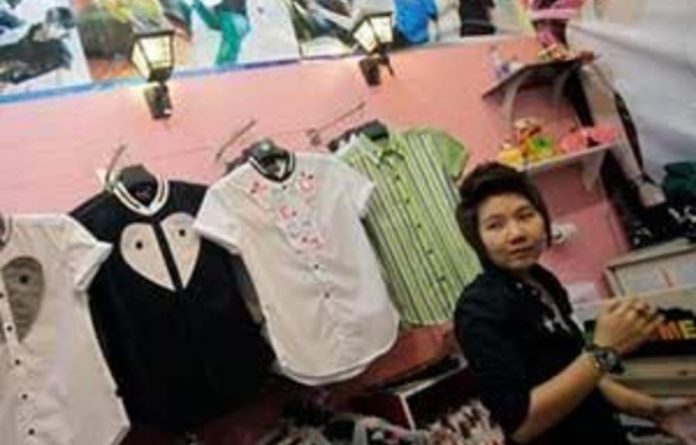 When she initially pitched the idea for Thailand’s first lesbian movie, it was quickly shot down. Producers called the premise distasteful and said movie viewers would find the story line disgusting.

After scrounging together funds for five years, director Saratsawadee Wongsomphet released “Yes or No” on an independent label to considerable acclaim.

The film’s recent success in outwardly tolerant but traditional-minded Thailand is part of a growing acceptance of lesbians under the influence of the internet and fashion trends. These emboldened lesbians are not using Western-style activism. They are quietly pushing boundaries to find space for their lifestyle, harnassing pop culture and introducing a Thai variation of Lesbian Chic.

“It would have been risky to make this movie five years ago,” Saratsawadee said about her directorial debut. “Now people are daring to express themselves.”

Women in this South-east Asian country are expected to be gentle, polite, even demure, and gay women in Thailand traditionally have been more discreet than gay men, but that is visibly changing.

Thai newsstands now carry Tom Act, the country’s first lesbian lifestyles magazine. A popular new clothing store in Bangkok touts itself as the first for “Tomboys,” the Thai term for the more conspicuous members of the lesbian community who act and dress like men.

Morality censor
Movies are censored for morality, women are often too modest to wear bathing suits on the beach, abortion is illegal and the government regularly censors websites deemed immoral. When it comes to homosexuality, Thailand is ambivalent but tolerant: Bangkok is known as gay-friendly but politicians and high-profile public figures stick to an unstated “don’t ask, don’t tell” policy of keeping their homosexuality hidden.

Concerns about offending Thai society prompted Saratsawadee to delicately depict the sole love scene between her leading ladies, a pair of college roommates, with a brief, fully clothed kiss.

“I was afraid nobody would want to see it,” said the 38-year-old, who is gay and has worked in the film industry for years, always wanting to do a film showing that lesbians are not “weirdoes” but regular people.

“I was afraid it would be censored, or would never be shown. I was afraid people would say it sends a bad message,” she said.

Saratsawadee never anticipated a nationwide release for her film, which hit screens in December to considerable media hype and modest but profitable box office returns. Then came the 40 000-member Facebook fan club, the viewers who thanked her for telling their life story. Last month, she was honoured with a “Best Director” nomination at the Thai equivalent of the Oscars.

“The bubble is bursting,” says Anjana Suvarnananda (53) who co-founded Thailand’s first and most outspoken lesbian activist group in the 1980s. “These young people are just doing their own thing and living their lives oblivious to discrimination — so that means they are not facing very much. It’s a very different picture from when I grew up.”

Another emblem of changing times is the glossy, 200-page Tom Act, a lesbian fashion and lifestyles magazine that creates “a space for us to express ourselves,” says editor-in-chief Khemanut Ronarut. She credits international fashion trends that make it cool to look androgynous with easing public acceptance of gay women in Thailand.

“Normally, we choose to be quiet. But by doing this magazine, I’m taking a risk,” she said. The first issue in December 2007 sold about 1 000 copies. It now prints 50 000 copies per issue. “What makes a difference is people like me, trying to open people’s minds. Acceptance will exist when people try to introduce new ideas.”

Petite, spiky-haired designer Supamas Sirimoungkalavanit got the idea of making man-tailored clothes for “Tomboys” after getting fed up with shopping in the men’s department.

She launched her Tom Chic brand online in 2008 and opened a Bangkok boutique in January. Her best-selling item is the breast-binding “Tom Tank,” designed to flatten female curves. She sells about 10 000 a month with the help of two dozen distributors nationwide.

“When we first opened, some men would walk past and make snide comments,” said Supamas (30), who was featured recently on a popular TV talk show about successful small businesses. “Now there are copycat brands online.”

The internet has nurtured virtual communities in online forums that build confidence and camaraderie and are now spilling over into the real world, said the activist Anjana, who co-founded the lesbian group Anjaree in 1986 with three other women who kept their identities hidden. She says her Western-style approach to activism ruffled Thai society, which values non-confrontational behaviour, and never sparked a civil rights-like movement for gay rights.

“These young people are not making a political statement,” she said. “They are not rocking the boat, not directly challenging heterosexual norms, but they are making gentle changes that might one day lead to more.”

On a recent evening at Zeta, one of Bangkok’s few lesbian bars, a patron marveled at the surge of lesbian icons in mainstream pop culture.

“A decade ago, you would never have seen a movie about lesbians in Thailand. I would never have imagined a Tomboy singer,” said 24-year-old Sarunkorn Choksiripureenont, a drummer in an all-lesbian band. “It’s becoming fashionable now. You see lesbians everywhere.” — Sapa-AP