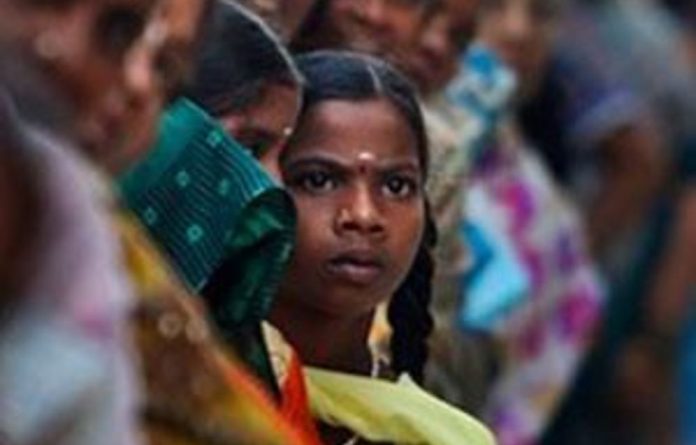 Thousands of tearful devotees, including top politicians, gathered on Wednesday for the funeral of Sathya Sai Baba, one of India’s best-known Hindu ascetics who was revered as a divine incarnation with miraculous healing powers.

The 84-year-old guru’s death on Sunday triggered an outpouring of grief from followers who included top Indian politicians, movie stars, athletes and industrialists.

Hindus usually cremate their dead, but infants and people considered pure and saintly are often buried. The guru was buried inside the same auditorium at his ashram, or spiritual center, in the southern Indian town of Puttaparti where his body had been on display and where he gave his sermons.

As Sai Baba’s nephew performed the last rituals, Hindu priests chanting verses from sacred texts instructed him to anoint the guru’s body with oil, herbs and flowers. The body was then covered with a piece of orange cloth, the color of holiness in Hinduism.

A heavy maroon curtain then surrounded the body, and the actual burial was a private moment, with just immediate family and close associates present.

A slew of Indian television channels aired live broadcasts of the funeral.

Most remembered Sai Baba as a pious, selfless person who worked to help others with the billions of dollars donated to his charitable trust. However, he had also been dismissed by some in the past as a charlatan who passed off magic tricks as miracles.

On Wednesday, senior politicians joined the throng of mourners in the packed hall. Since Sai Baba’s death, Indian Prime Minister Manmohan Singh; the leader of the ruling Congress party, Sonia Gandhi; and cricket legend Sachin Tendulkar have been among the visitors to the auditorium.

Thousands of devotees
Religious leaders from different faiths, including a Christian priest and a Muslim imam, addressed the crowd prior to the funeral. Several enormous portraits of the guru — with his halo of dark, frizzy hair and in his trademark orange robes — decorated the hall.

Outside the auditorium, several thousand devotees watched the ceremony on a large screen.

Within India, Sai Baba was a well-known face, with his photograph adorning millions of homes, car dashboards and lockets worn by Indian and foreign believers.

Sai Baba ashrams exist in more than 126 countries. The guru was said to perform miracles, conjuring jewelry, Rolex watches and “vibhuti” — a sacred ash that his followers applied to their foreheads — from his hair.

But rationalist critics called him a charlatan and his miracles fake. Several news reports alleged he sexually abused devotees — accusations he denied as smear campaigns.

The allegations and criticism did not reduce the intense devotion from his followers.

Health problems forced Sai Baba to cut back on public appearances in recent years. He had been hospitalised for nearly a month.

The trust that manages the guru’s religious empire is estimated to be worth at least $8,9-billion and possibly much more. So far no one has been named successor.

He was not married and had no children. — Sapa-AP