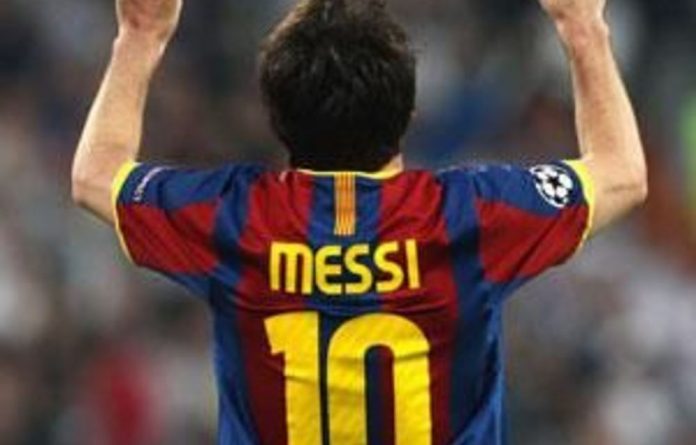 Real Madrid coach Jose Mourinho could not hide his anger in the wake of the 2-0 Champions League semifinal first leg defeat to rivals Barcelona at the Santiago Bernabeu on Wednesday, saying referees always favoured Barcelona.

The Portuguese coach highlighted the dismissal of Pepe on the hour mark of being another example of this favouritism.

A late brace from Lionel Messi helped Barcelona put one leg in the Wembley final but there were sour grapes as Mourinho, who was sent to the stands, vented his fury at the straight red card for Pepe.

“It shouldn’t have been a red card for Pepe. Maybe someone can give me an answer. A foul on a Barcelona player and miraculously a red card.

“I don’t know if Barcelona are friendly or not. They are a great team so congratulations to them but they have this power. Pepe sent off and me too. I don’t know why.

“Why? Why does a fantastic team need this. [Anders] Frisk [the referee for the 2009 semifinal between Barcelona and Chelsea]; [Wolfgang] Stark [the match referee], why? Why? Football is equal for everyone. The team that deserves to win, should win.

“If they won by merit we would accept it. Why in a balanced game like tonight did it happen? Why? Why did they leave us with 10 men? Why did they turn down four penalties against Chelsea in the semifinal a few years ago? I hope one day I will have an answer. I always try to be honest. I just want to know why.”

‘No comment’
Asked on his team’s chances of overturning the result in the second leg at Camp Nou on May 3 Mourinho replied: “Obviously it is a difficult mission in Barcelona. Yes, I think we are eliminated. We will go with everything to get a result for our fans but I can’t see it.”

Madrid have not reached the final since 2002 and had fallen at the first knockout stage in six successive seasons prior to Mourinho’s arrival.

A war of words before the game had seen Guardiola lash out at Mourinho for calling him Pep and using the informal tu form but the Portuguese coach said the mind games had not played a role in the result.

“No, I don’t think it was relevant what Josep Guardiola said,” said Mourinho. “I responded to them. They were strange quotes.

“He is a fantastic person. I knew him for four years at Barcelona and I respect him as a coach. However, I would be embarrassed to win the Champions League like this.”

Guardiola was asked about Mourinho’s comments in his press conference and simply replied: “I don’t want to say anything about that. No comment.

“We are one step away from the final but we are not at Wembley yet and a club with nine European Cups [Real Madrid] never gives up.

“We need just seven points to clinch the league so that is the priority now and then we will focus on the next game against Real.” — AFP