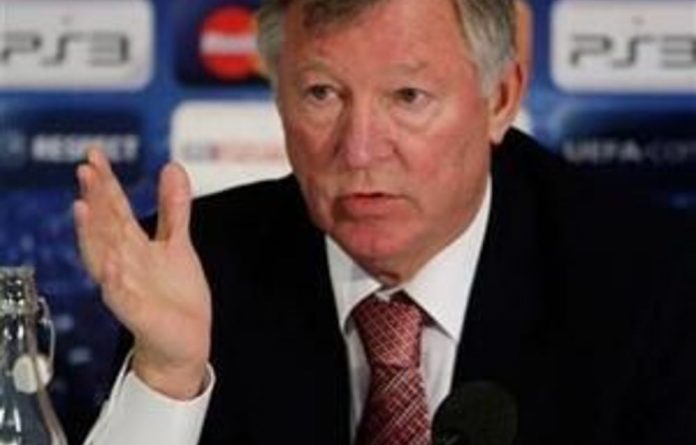 These are the moments when you realise why Sir Alex Ferguson seems to regard the idea of retiring almost as a personal affront. Sir Matt Busby closed his reign at Old Trafford when he was 62. Bill Shankly left Anfield at the age of 60. Bob Paisley was 64 and Brian Clough was 58. Yet here is Ferguson overseeing a comprehensive 2-0 defeat of Schalke in the first leg of his fourth Champions League semifinal in five seasons and showing a rare form of job satisfaction at the age at which he once told the Manchester Evening News he would need “pushing up the hill for a game of darts at the British Legion”.

The coming weeks will almost certainly see the coronation of a record 19th league title for Manchester United, one more than Liverpool, when, 20 years ago, it was 18-7 in favour of the Anfield club. After that, there is the prospect of emulating Busby by winning the European Cup at Wembley.

Yet Ferguson, at the age of 69, still gives the impression that he is greedy for more. He laces his press conferences before these big European nights with the odd joke, tries out his languages — “Ich kenne nicht”, he replied when a German journalist asked if Schalke’s goalkeeper, Manuel Neuer, might be heading to Old Trafford — and generally has the demeanour of someone arriving for a family barbecue rather than contemplating one of the major moments of his professional life.

There is, however, always a serious message there too and on this occasion there was the sense of a man who still regards his work as far from done when it comes to history-making and the position in which he wants to leave United when the day finally arrives for him to walk away.
He was “envious”, he admitted, when he considered Real Madrid’s record of nine European Cups and the way that other clubs, Liverpool included, had such a headstart on United in terms of creating a European dynasty.

“We really need to progress quickly to get to that level,” Ferguson said. “The expectation from my point of view has always been very high in Europe because you do get envious of the other great teams — Real Madrid, Milan, Bayern Munich, Liverpool, Ajax. We are looking to get parity with those clubs. It is where we should be.”

His team are trying to draw level with Bayern and Ajax by winning the trophy he cherishes most of all for a fourth time. Milan have managed it seven times and Liverpool five. Simultaneously, Ferguson is aiming to stand shoulder to shoulder alongside the late Bob Paisley (1977, 1978 and 1981) as the only men on the planet who have won the European Cup three times.

‘Football, bloody hell’
Ferguson has already got rid of the banner the Liverpool supporters used to hold up on the Kop: “Paisley 3, Ferguson 1”. There was a time, the Scot will admit, when he felt he could not be considered a great manager until he had won the European Cup.

His first success in Barcelona in 1999 — “football, bloody hell” and all that — put that to bed, however, and it feels like a long time now since Clough used to chide him with a wicked mix of schadenfreude and mischief. “For all his horses, knighthoods and championships, Alex hasn’t got two of what I’ve got,” Clough once said. “And I don’t mean balls.”

That comment got to Ferguson far more than he will ever admit. Yet the most successful manager in the business now combines a fierce ambition for a third European Cup with giving the impression that he is totally comfortable within his skin about his achievements to date in Europe.

His press conferences in Manchester can be tense, joyless affairs. Yet when he appeared before the cameras in Gelsenkirchen there was only one moment when his face hardened a little. The question was whether he had watched the BBC television drama United – about the Munich air disaster — and whether he felt it had offered an accurate insight into the club’s history.

Ferguson is aware that Busby’s family is unhappy about the portrayal of the manager who inspired the first of United’s three European Cups. “I didn’t watch it,” he said. “I don’t think we need any TV programme to portray the history of our club.”

Ferguson cherishes all that history and yet he finds it difficult to be satisfied with it. — Guardian News & Media 2011