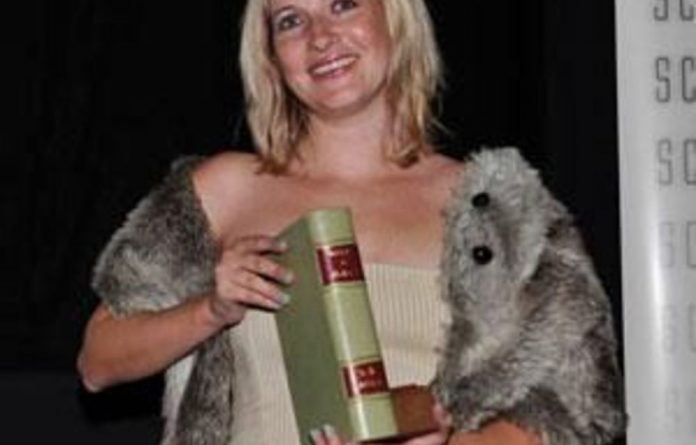 The award, announced at a ceremony in London on Wednesday night, was created by British author Arthur C Clarke (2001: A Space Odyssey) in 1987.

Considered one of the highest accolades in science fiction publishing, the award is adjudicated by members of the British Science Fiction Association, the Science Fiction Foundation and a third organisation, currently British web portal SF Crowsnest.

The award was won for the third time last year by China Mieville for The City & The City. Past nominees have included Iain M Banks, Kazuo Ishiguro and Greg Bear. By convention, the monetary award reflects the current year.

Zoo City, Beukes’s second novel, and incorporates magic and fantasy in a dystopian, futuristic South Africa. In a recent interview with the Mail & Guardian she described her writing as “deeply rooted in contemporary urban South Africa and the interesting spaces where technology and culture intersect”.

The award’s first winner was Margaret Atwood and the list of winners is fairly evenly divided between men and women. Asked about perceptions that women sci-fi and fantasy writers are rare, Beukes said: “I get held up a lot as an example of that apparently rare specimen of ‘female science-fiction writer’, which is a little irritating. I don’t like being neatly categorised, labelled and filed away in a cabinet of curiosities.