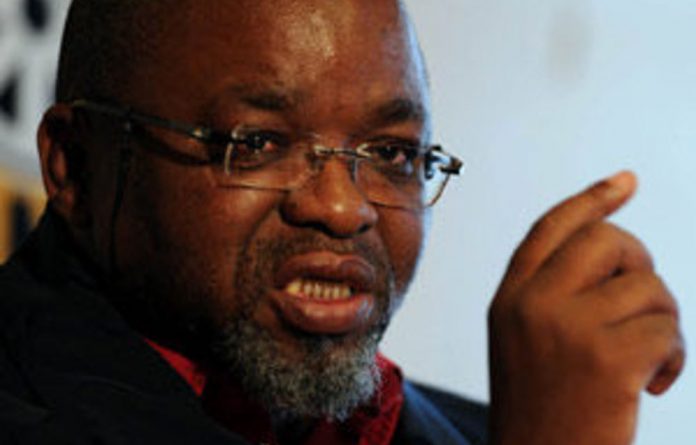 The ANC faced a tough audience in a dry, hot De Aar on Sunday when party leaders attended the Workers’ Day rally organised by the Congress of South African Trade Unions (Cosatu) to celebrate May Day.

Events were off to a slow start when the first speaker took to the podium at 12h30, while the rally was scheduled to start more than three hours earlier.

Every speaker, including ANC secretary general Gwede Mantashe, had to compete with a group of 500 attendees who insisted on singing struggle songs while speakers were at the podium. Although the organisers expected around 7 000 people, only about 1 000 showed up. Some came for the free chicken and ribs offered to them for lunch after the event, while others came to show their intense dislike in the ANC, following the party’s selection for the local councillor candidate list.

Mantashe and Northern Cape premier Hazel Jenkins were openly booed by the crowd. The disgruntled filled the pavilion at the Nonkwanazi sport stadium in Nonkwanazi, a township outside De Aar, leaving the rest of the crowd to make do in the harsh autumn sun.

Cosatu general secretary Zwelinzima Vavi, who have been very critical about the ANC during the local government election campaign, spoke in measured terms while the crowd made their unhappiness clear through their total disregard of what was happening at the podium.

The crowd of ANC members whose preferred candidate to be the councillor in the area did not make it unto the ANC list. These candidates then stood as an independent councillor, which enraged Mantashe.

‘We must demystify this myth that we are independent but we are ANC. There is no such thing. If you are an independent [candidate] or you are going to a different party, you are not ANC. You’re out there somewhere,” Mantashe told the crowd, who did not take kindly to his words and tried to drown his words out with song.

Cosatu general secretary Zwelinzima Vavi was slightly more sympathetic, saying that the leadership is aware of the problems with the candidate lists.

‘We know there were problems in selecting the candidates, you are not the first group in the country to feel aggrieved.”

But despite his attempt at soothing the tension he was booed every time he mentioned voting for the ANC.

After his speech a worried Vavi told the Mail & Guardian that the booing and the unhappy residents is cause for concern.

‘Yes, we are very worried about this. We are going to do some door-to-door [campaigning] now and then have a meeting with these people.”

But the various speakers, including veteran ANC member Ruth Bengu, deputy minister of transport Jeremy Cronin and Vavi, showed that nothing unites the ANC more than a common enemy.

Cronin referred to the Democratic Alliance poster featuring party leader Helen Zille, Cape Town mayoral candidate Patricia de Lille and national spokesperson Lindiwe Mazibuko and said: ‘The party is run by two stooges and a white madam. The boss lady. We all know who she is.”

Vavi told the crowd the DA is ‘the enemy of the workers”.