Heat on Pakistan as Bin Laden killed near capital 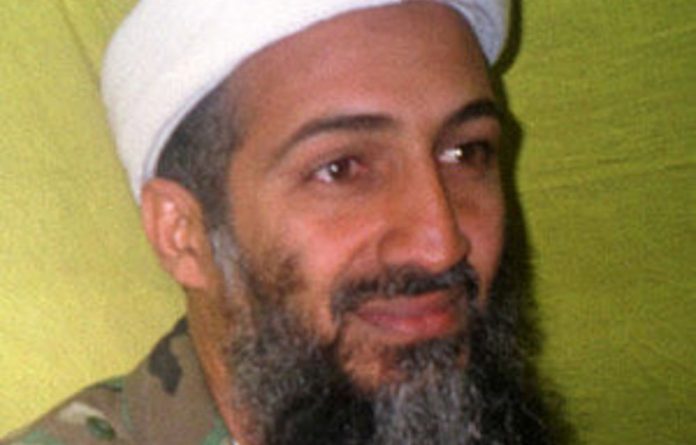 Pakistan declared the killing of Osama bin Laden a “major setback” to global terrorism, but it will inevitably come under pressure to explain how the al-Qaeda leader was holed up in a mansion near a military facility.

Bin Laden was killed in a dramatic night-time raid by US helicopters and troops on his hideout in Abbottabad, home to Pakistan’s main military academy and less then two hours’ drive from the Pakistani capital, Islamabad.

“Osama bin Laden’s death illustrates the resolve of the international community, including Pakistan, to fight and eliminate terrorism,” the government said in a statement. “It constitutes a major setback to terrorist organisations around the world.”

However, it was not clear whether the Pakistan military was involved in the operation and there was no official comment from the government for several hours, raising the possibility that Islamabad was taken by surprise.

That Bin Laden, mastermind of the September 11 2001 attacks on the United States, was not hiding in mountains along the border but in relative comfort in a town hosting the main military academy and home to scores of retired and serving officers will bolster those who have long argued that Pakistan has been playing a duplicitous hand.

Just 10 days ago, Pakistan’s army chief addressed cadets at that very academy, saying the country’s military had broken the back of militants linked to al-Qaeda and the Taliban.

Washington has in the past accused Pakistan of maintaining ties to militants targeting US troops in neighbouring Afghanistan. Relations have soured in recent months over US drone attacks and CIA activities in the country.

Pakistan’s powerful intelligence agency, the ISI, has long been suspected of links to the Haqqani network, cultivated during the 1980s when Jalaluddin Haqqani was a feared battlefield commander against the Soviet Union in Afghanistan.

Pakistan’s arch-rival, India, was quick to comment, saying the news underlined its “concern that terrorists belonging to different organisations find sanctuary in Pakistan”.

“For some time there will be a lot of tension between Washington and Islamabad because bin Laden seems to have been living here close to Islamabad,” said Imtiaz Gul, a Pakistani security analyst.

“If the ISI had known, then somebody within the ISI must have leaked this information,” Gul said. “Pakistan will have to do a lot of damage control because the Americans have been reporting he is in Pakistan … this is a serious blow to the credibility of Pakistan.”

Flames, gunshots, a blast
Abbottabad is a popular summer resort, located in a valley surrounded by green hills near Pakistani Kashmir. Islamist militants, particularly those fighting in Indian-controlled Kashmir, used to have training camps near the town.

A Reuters reporter in the town on Monday said Bin Laden’s single-storey residence stood fourth in a row of about a dozen houses, a satellite perched on the roof above a walled compound. A helicopter covered by a sheet sat in a nearby field. Mohammad Idrees, who lives about 400m from the house, said local residents were woken in the night by the sound of a big explosion.

“We rushed to the rooftop and saw flames near that house. We also heard some gunshots,” Idrees said. “Soon after the blast, we saw military vehicles rushing to the site of the blast.”

Another resident, Nasir Khan, said that commandos had encircled the compound as three helicopters hovered overhead.

“All of a sudden there was firing towards the helicopters from the ground,” said Khan, who had watched the drama unfold from his rooftop. “There was intense firing and then I saw one of the helicopters crash.”

Amir Haider Khan Hoti, chief minister of Khyber-Pakhtunkhwa, the province where Abbottabad is located, told reporters in Karachi that Pakistan had been kept in the dark on the raid.

“We were not in the loop,” he said. “[We] were not informed, there was an explosion around 1.15am, and when following the explosion, police reached there, the area was already cordoned off.”

Local media reported a helicopter crashed in Abbottabad on Sunday night, killing one and wounding two. Initial reports were that it was a Pakistani helicopter, but Pakistan has limited night-flying capabilities for its choppers and other reports and witnesses said it was a US helicopter that had suffered mechanical failure and was ditched.

Witnesses reported gunshots and heavy firing before one of two low-flying helicopters crashed near the academy.

Around Pakistan, reaction was mixed. Muhammad Ibrahim, who is in his early 60s, said in Peshawar the killing of bin Laden would have no affect on most people’s lives.

“If Osama is dead or alive it will not make any change in our life. This dirty game will continue,” he said.

Muhammad Tahir Khan, working as a telephone operator in a private organisation, said that killing Bin Laden was good news.

“He Osama is responsible for violence in Pakistan and Afghanistan,” he said.

Sohaib Athar, whose profile says he is an IT consultant taking a break from the ratrace by hiding in the mountains, sent out a stream of live updates on Twitter about the movement of helicopters and blasts without realising it was a raid on the world’s most hunted man.

Some of his early tweets were: “Helicopter hovering above Abbottabad at 1am (rare event); Go away helicopter – before I take out my giant swatter.”

Then he reported his window rattling and a bang. “I hope it’s not the start of something nasty,” he tweeted.

Soon after there were blasts. There were two helicopters, one of them had gone down, Athar wrote.

When he learnt it was Bin Laden killed in Abbottabad, he tweeted: “ISI has confirmed it << Uh oh, there goes the neighbourhood."

Timeline
1957
Osama bin Mohammad bin Awad bin Laden born in Riyadh, one of more than 50 children of millionaire businessman. There are conflicting accounts of his precise date of birth.

1976
Studies management and economics at university in Jeddah.

1988
Al-Qaeda (The Base) is established as a magnet for radical Muslims seeking a more fundamentalist brand of government in their home countries and joined in common hatred of the United States, Israel and US-allied Muslim governments.

1991
Bin Laden leaves Saudi Arabia and goes into exile, having opposed the kingdom’s alliance with the United States against Iraq.

June 1993
Bin Laden family moves to expel Osama as shareholder in its businesses, which focus on construction.

May 1996
Bin Laden is forced to leave Sudan after US pressure on its government, and goes to Afghanistan. August 1996 – Bin Laden issues a fatwa, or religious decree, that US military personnel should be killed.

October 1996
US brands bin Laden as a prime suspect in two bombings in Saudi Arabia which killed 24 US servicemen and two Indians.

August 7 1998
Truck bombs explode at US embassies in Nairobi and Dar es Salaam killing 224, including 12 Americans.

August 20 1998
President Bill Clinton names bin Laden as America’s top enemy and accuses him of being responsible for the Nairobi and Dar es Salaam bombings. US launches missile strikes against what Clinton calls terrorist bases in Afghanistan and Sudan. One destroys a pharmaceutical plant in Khartoum, whose owner denies any affiliation with bin Laden.

September 10 2002
Al-Jazeera broadcasts what it says is the voice of Bin Laden praising the 9/11 hijackers as men who “changed the course of history”.

October 2004
Bin Laden bursts into the US election campaign in his first videotaped message in over a year to deride Bush. January 2006 — Bin Laden’s first public message for over a year is a bid to show he is still in command of al-Qaeda.

September 2007
Bin Laden issues first new video for nearly three years, telling US it is vulnerable despite its power.

May 18 2008
Bin Laden urges Muslims to break the Israeli-led blockade of the Hamas-controlled Gaza Strip, and fight Arab governments that deal with Israel.

January 24 2010
Bin Laden claims responsibility for the failed December 25 bombing of a US-bound plane in an audio tape and vows to continue attacks on the United States.

March 25 2010
Bin Laden threatens al-Qaeda will kill any Americans it takes prisoner if accused September 11 planner Khalid Sheikh Mohammed, held by United States, is put to death, according to an audiotape aired on al-Jazeera.

January 21 2011
Bin Laden says in an audio recording that the release of French hostages held in Niger by al-Qaeda depends on France’s soldiers leaving Muslim lands.

May 2 2011
Osama bin Laden is killed in a million-dollar compound in the resort of Abbottabad, 60km north of the Pakistani capital Islamabad. – Reuters