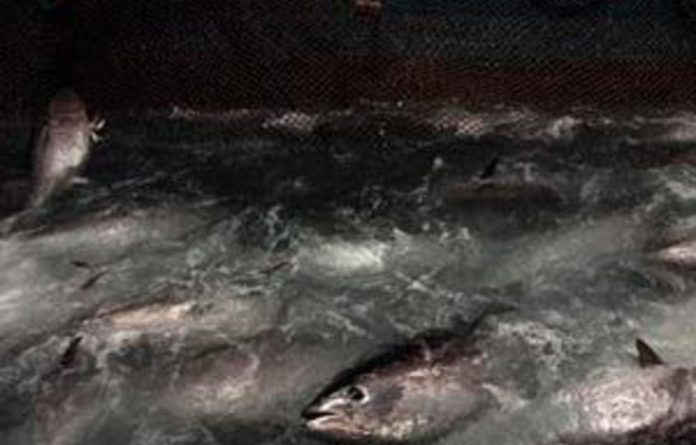 The season for an ancient and spectacular tuna-fishing technique has begun off Spain’s southwest coast, and fishermen fear it could soon disappear if fleets of factory ships elsewhere keep overfishing prized Atlantic bluefin tuna.

In the method the Spanish called “almadraba,” fishermen stretch maze-like nets from sandy beaches to catch the bluefin, a practice that dates from when Phoenician traders sailed to these shores 1 000 years before the birth of Christ.

This labourious harvest, which includes lifting nets heaving with fish onto ships, is timed to coincide with annual migrations by tuna from the Atlantic to lay eggs in warm Mediterranean waters.

The fish, some up to 3m long and weighing more than 650kg, are hoisted on to ships. While hanging from their tails, they are drained of blood by slitting their gills to concentrate flavour in their deep red flesh. The churning sea water below turns red with blood.

Most environmental groups say the almadraba technique does not represent a serious threat to the survival of bluefin tuna, but they agree overfishing by fleets of factory ships in international waters needs to be cut drastically to save the species.

Today bluefin tuna are a prized delicacy in top Tokyo restaurants where a thin slice prepared as sushi can fetch 2 000 yen ($24). Most of the catch is flash frozen and flown to auction at the Japanese capital’s vast Tsukiji market. One large specimen fetched a record 32 49-million yen, nearly $396 000, in January.

These prices translate to more than $1 000 per kilogram, a tempting target for fishermen equipped to chase down and land almost any amount of fish at sea.

The seemingly insatiable demand for Atlantic bluefins has led to a serious depletion of stocks by fishing ships using the latest technology, including advanced sonar and spotter planes, to follow shoals and catch as many tuna as they can, said Marta Crespo, spokesperson for a local association of almadraba fishermen.

“In recent times we have had seasons where almost no tuna were caught by us,” said Crespo.

She said one of the problems was that factory ships have been allowed to indiscriminately catch and sell tunas as small as 6,4kg.

“A tuna reaches maturity at 30kg, so if people are allowed to fish and consume juveniles it will not be long before stocks are extinguished forever,” Crespo said.

Crespo said almadraba fishermen support environmental activists fully in a quest for greater regulation because they are worried that their age-old trade could vanish.

In November, the International Commission for the Conservation of Atlantic Tunas voted to reduce the bluefin fishing quota in the eastern Atlantic and Mediterranean from 13 500 to 12 900 metric tonnes annually -about a 4% cut. It also agreed on measures to try and improve enforcement of bluefin quotas.

The decision was strongly criticised as inadequate by environmental groups, who had hoped to see stronger action against large-scale bluefin fishing. Almadraba people favor a slashing of quotas to preserve tuna stocks. — Sapa-AP