Gaddafi arrest likely to get go-ahead 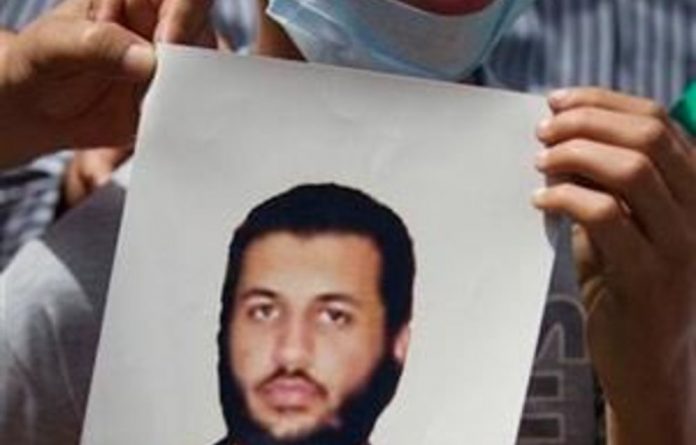 The next step along the road to war crimes prosecutions in Libya will come in about a fortnight’s time, when prosecutor Luis Moreno-Ocampo will submit his request for three arrest warrants to one of the International Criminal Court’s two pre-trial chambers for approval.

The Libyan case is being handled by Chamber I, made up of three judges, from Brazil, Italy and Botswana, who in March 2009 approved an arrest warrant against Sudanese President Omar al-Bashir for crimes against humanity and war crimes. The chamber originally rejected the prosecutor’s call for an additional charge of genocide, but that was overturned on appeal.

Legal observers said in the Gaddafi case, they expected the judges to uphold the central charges outlined in Moreno-Ocampo’s report.

The question then arises as to which organisation should carry out the arrest. Under the 1998 Rome Statute on which the ICC was built, that duty falls first to the national government in question, and there is at least a faint hope among Western governments that the issuing of ICC arrest warrants would provide a trigger and a legal justification for any remaining waverers in the Gaddafi camp to move against him.

If not, the UN Security Council has to decide what to do. The job could be passed to Nato, but that would require a resolution, which Russia and China could well object to. They already believe that the February resolution allowing “all necessary measures” to protect Libyan civilians has been exploited by Nato to wage war on the side of the rebels.

To further complicate the situation, the Obama administration might also object, as it would involve sending troops into Tripoli, something that Washington has sworn not to do.

The council could instead restate the court’s demand for the Libyan leaders to turn themselves in. However, in the two years since al-Bashir’s warrant was issued, no one has contemplated going into Khartoum to apprehend him. His life has been largely undisturbed though his travel options have been restricted to those states who did not sign the Rome Statute.

As to the political fall-out and the impact on the continuing conflict in Libya, opinions are divided, not least in Washington. On the one hand, there are those within the Obama administration, particularly within Hillary Clinton’s state department, who see well-targeted prosecutions of just a few key regime figures as being a potentially effective way of weakening Gaddafi’s grip on power. The thinking is that other top Libyan leaders will be encouraged to defect for fear of also coming within Moreno-Ocampo’s sights.

But on the other hand there has been a chorus of voices within the US administration that have questioned the advisability of prosecutions. From this viewpoint, charges could make it more difficult to find a way out of the Libyan morass because any possible interlocutors within the regime would be unwilling to discuss standing down from power and going into exile if they faced possible arrest abroad under the ICC indictments.

The discussions are understood to be particularly sensitive around Saif al-Islam Gaddafi, the London School of Economics educated-son of the Libyan leader. Until the uprising began in February, Saif Gaddafi was seen as a reformist influence in Tripoli. He has since been implicated in directing some of the worst of the violence unleashed by the regime against civilians, and is one of those who the ICC has been investigating.

However, as the US continues to press for a possible negotiated way out of the fighting, Saif is likely to be seen as a central player in any talks. Some Obama administration officials remain anxious that an ICC prosecution against him could jeopardise that possible escape route.

Libyans facing justice?
The International Criminal Court has yet to name who it will indict for war crimes, but here are possible candidates:

Muammar Gaddafi
The “brother leader of the Libyan revolution” insists he has no official function, but there can be little doubt he exercises what lawyers call “command responsibility” for the actions of the country’s security forces. He publicly attacked the Benghazi rebels as “rats” and dismissed them as al-Qaeda terrorists, as well as denying that innocents have been killed — when there is ample evidence they have.

Abdullah Senussi
Gaddafi’s brother-in-law, right-hand man and veteran intelligence and security chief. Convicted in absentia by a French court for his role in the bombing of a French plane over Niger in 1989 in which 170 people died. Likely to have been involved in planning the Lockerbie bombing. Seen in Benghazi at start of uprising in February.

Saif al-Islam al-Gaddafi
The leader’s second son was widely seen as a reformist until the uprising, when he fell into line behind the regime and his father and vowed to fight “to the last bullet.” But his brothers, Muatasim, his father’s national security adviser, and Khamis, commander of an elite security battalion in the fighting, may be more likely candidates for indictments.

Mahmoud al-Baghdadi
Secretary of the General People’s Committee (equivalent of prime minister), and chairperson of the Libyan Investment Authority; its assets are frozen by the US.

Moussa Koussa
Foreign minister until he fled to Britain in March. An unlikely choice to face the court, given his role and hopes his defection would encourage other figures to follow suit. His assets have been unfrozen by the US and EU. – guardian.co.uk