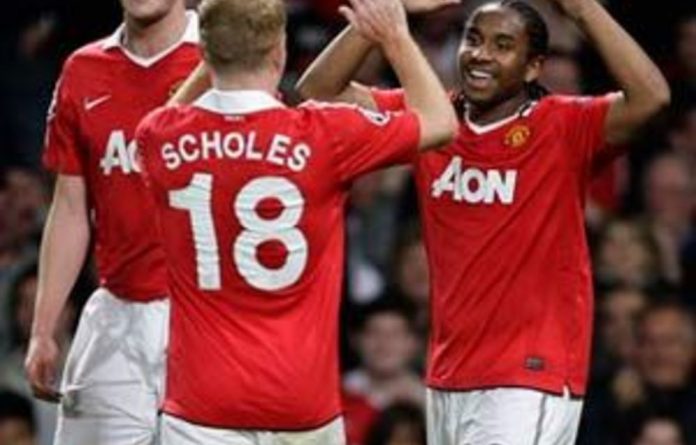 A second-string Manchester United cruised into a dream Champions League final against Barcelona on Wednesday with a 4-1 victory over German side Schalke 04.

Leading 2-0 after the first leg, United manager Sir Alex Ferguson could afford to make nine changes to his starting line-up and still see his team qualify for the May 28 final at Wembley with something to spare.

The unlikely hero was United’s much-maligned Irish international Darron Gibson, who set up Antonio Valencia with a magnificent pass for the first goal on 26 minutes before hammering in the second on 31 minutes.

Jose Manuel Jurado pulled a goal back for Schalke but there was only ever going to be one outcome and two second-half goals from Anderson completed a crushing 6-1 aggregate victory for the English giants.

The result put United into their third Champions League final in four years, and gives Ferguson’s side the chance to avenge their loss to Barcelona in the 2009 final in Rome.

Ferguson admitted his thinking over the team line-up had cost him a good night’s sleep.

“I didn’t sleep last night thinking about it — I woke up four times — but they did me proud,” he told ITV.

“The fact it was a Champions League semi-final meant I questioned whether I had done the right thing but glad I was vindicated.”

“This team can win the cup — we have got a great team full of ability. Barca are without doubt the team of the moment — they play fantastic football and are a pleasure to watch.”

“We have to make sure we learned out lessons and that we’re better prepared this time than we were last time,” van der Sar told ITV.

The win also handed Ferguson the perfect fillip ahead of this weekend’s Premier League battle with Chelsea, a high-stakes encounter that may well settle the outcome of the title race.

Schalke boss Ralf Rangnick said his side had been deservedly beaten. “I have to congratulate Manchester United — over the two games they were the better side,” Rangnick said. “As soon as we went behind it was difficult for us.

“If you look at the comparison of their so-called second string the quality of their players stands out. Berbatov, Anderson performed well — they’re the sort of players that most Bundesliga teams would be happy with.

“We have to admit we could have gone out in the quarter-final against Inter — tonight we found out our level.”

A slow start saw Schalke have the first half-chance of the night after only seven minutes, Jefferson Farfan sending a low shot fizzing just wide of the upright after seven minutes.

But once United settled into their rhythm, the writing was on the wall as Schalke’s defence found themselves struggling to cope with the movement and speed of the home team’s wide players, Valencia and Nani.

Deadlock
United broke the deadlock in the 26th minute, Gibson threading an exquisite ball through to release Valencia, who calmly finished past Schalke goalkeeper Manuel Neuer.

It got better for Gibson five minutes later when his thunderous low shot from the edge of the area beat Neuer, who should have done better, and flew in off the post to make it 2-0 and effectively kill the tie.

It was a personal triumph for Gibson, who last week closed his account on micro-blogging site Twitter after only two hours after being subjected to a torrent of disparaging abuse from United fans.

Schalke were given a glimmer of hope on 35 minutes when Smalling conceded possession cheaply and the ball ended up at the feet of Jurado, who lashed a fierce shot beyond van der Sar.

But even then United might have stretched their lead by half-time, Valencia ghosting past his marker and Neuer only for his goal-bound shot to be cleared off the line by Howedes.

A fractious finish to the half saw United concede three yellow cards in quick succession, Gibson, Scholes and Anderson all picking up cautions for rash challenges.

United’s dominance continued after the break, and Schalke had Neuer to thank once again for preventing a third goal, the German international diving at full stretch to tip an Anderson shot wide.

Anderson made it 3-1 on the night after 72 minutes, capitalising on a surging run from Nani before netting his second four minutes later, tapping in from close range after good work from Valencia and Berbatov. — AFP