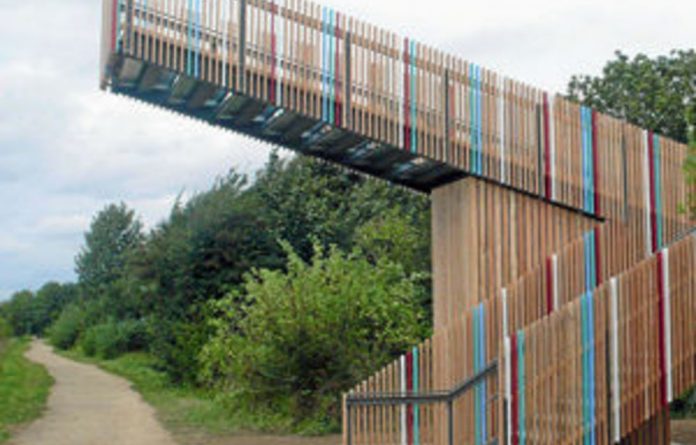 The Cities Alliance predicts that the urban population of sub-Saharan Africa will double in the next 20 years. This means that as more and more people move to urban centres in search of better lives and opportunities the region is facing a future of rapidly changing cities, and the roles of the city planner and architect — as the urban visionaries — will become more important.

A fundamental question arises: can South African architects and developers continue to roll out buildings that do not relate to their surroundings, the greater population and the environment and still create better cities? Their recent track record is not promising — bleak Gautrain façades, blank hotel buildings and fenced corporate enclaves have all recently sprung up across Gauteng.

Instead of improving cities with a considered and respectful approach, a brash architecture of insular buildings is perpetuated. The city is worse off and South Africa’s architectural culture remains undeniably insipid.

Given this context an exhibition of the work of the Flemish couple, Paul Robbrecht and Hilde Daem, was particularly topical and was received with great enthusiasm when it opened in March. The exhibition, Robbrecht en Daem — Pacing through Architecture, curated by Iwan Strauven and Stefan Devoldere, was brought to Johannesburg by architect and Wits academic Hannah le Roux. The duo’s approach to architecture represents an anti­thesis to the developer-driven marble-clad office parks we have become so accustomed to, producing instead an architecture of simplicity, sensitivity and humility.

The exhibition, held at Arts on Main in downtown Johannesburg, was presented in a darkened space where conceptual drawings, paintings and sketches of Robbrecht and Daem’s buildings were displayed on low tables — an accessible curatorial technique, drawing the visitor into the firm’s design process. Visitors were able to sit on stools designed for the Johannesburg exhibition by Robbrecht. Low-hanging spotlights illuminated the work and large screens displayed videos by dance filmmaker Maarten Vanden Abeele of inhabited, significant Robbrecht and Daem buildings.

Notable Robbrecht and Daem buildings on show at the exhibition included the Bruges Concert Hall and the Boston Bird Hide. The first is a faceted brick building ­– grand and angular ­– which fills a void left by the moving of a train station from the edge of Bruges’s renowned medieval centre. It reflects hard infrastructure rather than the fussy ornamentation that one associates with a concert hall. Its plain façades, large volumes and highly flexible interior configurations all form a backdrop to the building’s greatest achievement — the ease with which people can use the building.

In contrast, the Boston Bird Hide is an ephemeral, rural building at the edge of a forest, which is on a cycling path that crosses England.

The hide is clad in tall, repetitive timber slats, disguising the light building against the forest. The slats are painted in hues and tones that reflect the colour of birds endemic to the area.

Both buildings respond directly to their environments, the first being hard, heavy and urban, whereas the second is integrated gently with the forest and its colours. Both not only key into their contexts beautifully but also enhance them poetically.

Robbrecht and Daem’s success is also in part owed to a close working relationship between architects and local government in what is known as the Flemish bouwmeester process. The bouwmeester, essentially a government architect, is available to advise local municipalities on buildings and to work with architects. The office organises architectural competitions for new municipal projects and helps select the best possible solution. Architects are paid their full fees by the government.

More and more infrastructure
As South Africa continues to experience significant urbanisation, more must be invested in the provision of amenable public buildings and spaces to enhance the lives of residents. Current lapses in adequate service delivery by the government are as much a failure to plan contained, dense cities as they are organisational, creating sprawling cities that require more and more infrastructure.

The exhibition was accompanied by a workshop on how South Africa can facilitate the building of better buildings. Linda Mampuru from public works, Zahira Asmal from Designing South Africa and other key built environment role players opened a conversation about the procurement of public buildings and how more opportunities for architects and local municipalities could be created through the implementation of a system similar to that of the bouwmeester.

Architecture, after all, creates a city, provides it with an identity, a sense of place, orientation and physicality. It is only through a similar, considered architectural approach that South Africa will be able to create more sustainable, better serviced and well-managed cities.

The Robbrecht en Daem exhibition and workshop were funded by the Flemish government, the Council for the Built Environment, the Johannesburg Development Agency and the Cement and Concrete Institute. It was organised by the School of Architecture and Planning at Wits University and the South African Institute of Architects