Much ado about taboo 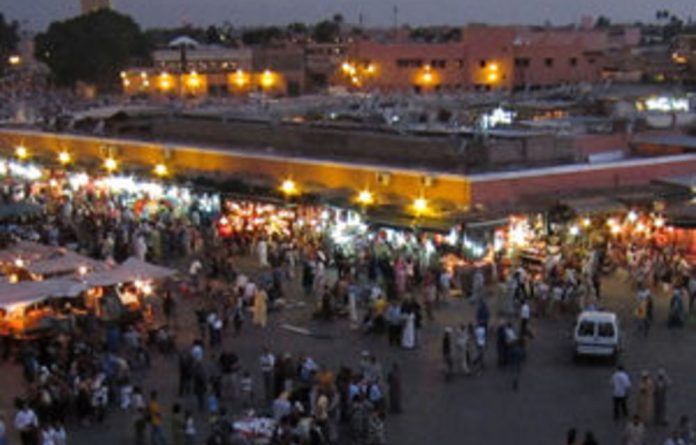 Until 2005, non-Muslims were not permitted to stay overnight in Moulay Idriss.

Guide books warned the tourists who dared to visit to be out of town by 3pm. This is what Edith Wharton had to do in 1919 when she visited the town, known as the holiest place in the country, to research her classic travel memoir, In Morocco. Although there was nowhere for her to stay, she claimed she was the first foreigner to witness the town’s frenetic moussem — the music- and dance-drenched summer celebration considered by many Moroccans as an alternative to the Muslim pilgrimage to Mecca.

Well, there are places to stay now, and an intriguing new restaurant run by Mike Richardson, former maitre d’ of the Wolseley and the Ivy in London who recently became the first foreigner to buy a property here. The red-headed pioneer moved to Fez, an hour east, five years ago to set up Café Clock (concept: crazy Moroccan souk meets Venice Beach-style café, with camel burgers) and now intends to do the same thing in Moulay Idriss.

“Foreigners are warmly welcomed now,” he says. Moulay Idriss’s reputation as an unwelcoming place wasn’t down to religious sensitivities alone. “From what I can gather the myths come about because the place is so special. The Moroccans wanted to keep it a secret.”

His new restaurant, Dar Akrab (Scorpion House), is perched on one of two hills in this ancient town where Moulay Idriss el Akhbar, the great-grandson of the prophet Muhammad and the man who brought Islam to Morocco 1 200 years ago, is buried.

Tour buses from Fez used to come no nearer than Volubilis, an eerily abandoned Roman city, a 20-minute walk from the town. There is still no regular public transport — the cheapest way to get here is in a shared “grand” taxi from Fez or Meknes.

The climb to Dar Akrab is steep but worth it for the incredible mountain views from the white minimalist terrace as you eat your scrambled eggs with desert truffles, or your Moroccan barbecue, the house speciality. In a Moroccan barbecue the meat, usually lamb, is cooked Mechouia-style (a Berber as opposed to Arabic method) — outdoors over hot coals and basted with a herby, spicy marinade made of cumin, paprika and coriander.

Keeping it local
If you want more details, well, you can ask the other customers because, unlike at many of the fancy new places in Marrakech, at Dar Akrab you can meet young locals, men and women. “The vibe is going to be dictated by the people of the town,” says Richardson. He bought the place as a refuge from his life as a fêted resident of Fez.

Café Clock, in the middle of the souk, is so successful that every time he steps outside, he is grabbed by a stallholder selling pet chameleons or homemade rosewater who wants to pass the time of day.

Even for the non-famous, Fez can feel claustrophobic after a few days, and the huge skies and dramatic views of Moulay Idriss are a tonic.

Boy soup
Other attractions include ancient Roman hot springs, a 10-minute walk away in the peaceful hills, with two moderate-sized baths built into the foothills of Mount Zerhoune. You can swim here — the water smells of cumin and hot stone. (In the summer, Richardson says, it is “boy soup”.) But even if you don’t take a dip, it’s worth the climb for the astonishing views.

Looking down on the vast plains of Volubilis gives a real sense of being in Africa — as well as a flash of what Roman Africa might have felt like.

Thanks to Dar Akrab, Moulay Idriss is starting to wake up. Richardson’s local friend, Fayssal, runs a new five-room guesthouse, Dar Zerhoune. It’s a modest wood-framed, tile-floored boutique hotel with classic keyhole-shaped doors, lots of romantic balconies and a rare baraka or carving to Muhammad in the central courtyard denoting that that part of the house originally came from Mecca.

The conservatory-style dining room on the cushioned roof terrace has (again) incredible mountain views. Breakfasts come with local honey and couscous bread dipped in olive oil from a grove just down the road.

Food and friendliness are the biggest attractions of Dar Zerhoune. The only other real competitor is La Colombe Blanche (maisondhote-zerhoune.ma) opposite Moulay Idriss’s tomb. It has eight bedrooms in classic mismatched Moroccan style (inexplicably, most of the furniture is covered with doilies).

Meat by men
Fayssal’s dad, Mustapha, is a great host too. Once a week, he offers guests the option of his tangia, the Moroccan hotpot famously cooked only by men. It’s a very male dish in that there is lots of meat and not much work.

You take a big ceramic urn to the butcher, get him to fill it up with spiced meat and then you take it down to the hammam (steam bath). You leave it in the hammam fire, go off and have a good steam and when you’re ready you take it home and announce, “Hey, honey, I made the dinner!”

The big show-off moment comes when Mustapha empties the urn in front of me. The richness of the sauce and the tenderness of the meat momentarily shock me into silence as the inscrutable Fayssal and his jovial dad smile down at me.

Food will be a big part of Richardson’s new venture. He already runs cooking workshops in Fez, and will be doing the same at Dar Akrab.

His friend, cookery writer Tara Stevens, has just published Clock Book: Recipes from a Modern Moroccan Kitchen (33books), inspired by Richardson’s menus. In Moulay Idriss, she will be manning the Moroccan barbecue and teaching guests how to make everything from duck in spiced pomegranate molasses to crystallised rose petals.

Richardson is also putting Muslim-friendly cocktails on the menu: “Alcohol-free but full of bright colours and glitz. We’re going to bring in a bit of glamour.” —