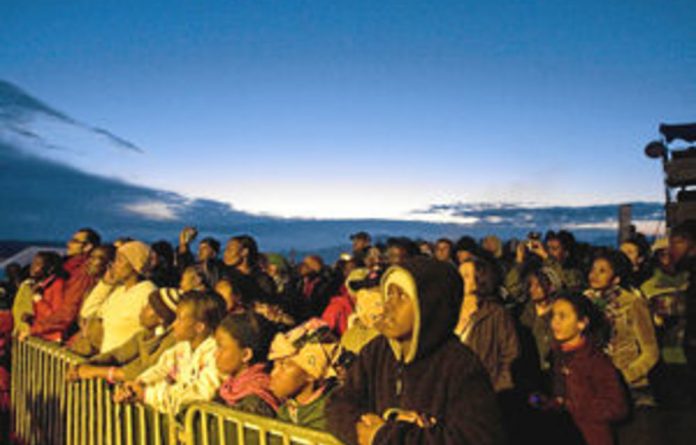 Swazi democracy activists are calling for artists and fans to boycott the country’s world-renowned Bushfire Festival later this month — they say that performing in the crisis-stricken country would send out the wrong message.

The annual music, poetry, dance and art event, planned for May 27 to 29, attracts people from around the world and is seen as a highlight of Swaziland’s social calendar, second only to the Reed Dance. Top acts this year include South Africa’s Goldfish and Black Coffee, Oliver “Tuku” Mtukudzi from Zimbabwe, Habib Koité from Mali, the Yale Concert Band from the United States and France’s Mime Decol. Tickets cost between R150 and R700.

Bushfire director Justin Thorne said he was extremely disappointed to hear of the planned boycott and stressed that all profits from the event were donated to a local Aids orphan charity in Swaziland.

“The Bushfire Festival is a pioneer on the continent in socially responsible event staging, generating economic empowerment for Swazis through a world-class platform.

“As an independent organisation, it supports the growth and development of the arts while highlighting and raising funds for some of the most pressing social needs facing Swaziland. According to Thorne, “100% of the profits from the Bushfire Festival are donated to Young Heroes, an NGO providing education, healthcare, food and general support to Aids orphans”.

But Mary Pais da Silva, co-ordinator of the Swaziland Democracy Campaign, said: “The point is to raise as much awareness as possible. We can’t just continue going on as if Swaziland is a normal place. We want to send a strong message to the government and the rest of the country. “There are some people who appear to not be bothered by what is happening in our country, but we hope this will make them sit up and listen.”

Last month trade unions, students and pro-democracy campaigners tried to hold a mass protest to call for change, but they were dispersed by the police, who fired teargas and water cannons and detained more than 100 people. Two youth leaders still in custody have been charged with possession of explosives. Last week police staged a dawn raid on the home of high-profile union member Simon Mvubu and questioned him about his connections to a Facebook group promoting an uprising.

Last week a delegation of advocates from the Southern African Development Community (SADC) Lawyers’ Association went to the country on a fact-finding mission to prepare a report for the next regional bloc meeting.

SADC has been heavily criticised for its silence on Swaziland and the mission was welcomed by activists in the country. Last week the International Labour Organisation (ILO) also went to Swaziland to meet the government. Mission head Vic van Vuuren said he raised concerns directly with the labour and justice ministers about allegations of heavy-handed policing during what was supposed to be an organised labour march.

Van Vuuren said: “It’s not totally clear exactly what happened on April 12 and 13 but we made it clear that, for one thing, union leaders should not have been detained on their way to take part in the march.” He said the government had agreed to an ILO-hosted workshop to train the police in how to deal with labour protests.

Meanwhile, unionists are planning to take legal action against members of the Swazi Police Force over the way their colleagues were treated during the recent crackdown.

Thuli Makama, a lawyer and director of the Swaziland Legal Assistance Centre, said: “We’re speaking to the unions now to gather evidence, such as doctors’ reports, so that we can present our case.

“The police really overstepped the mark; people were assaulted, man-handled, abducted and dumped in remote forest areas.” Makama said that lawyers visiting clients in detention were made to sit on the floor and were aggressively searched. Some were considering taking civil action of their own.