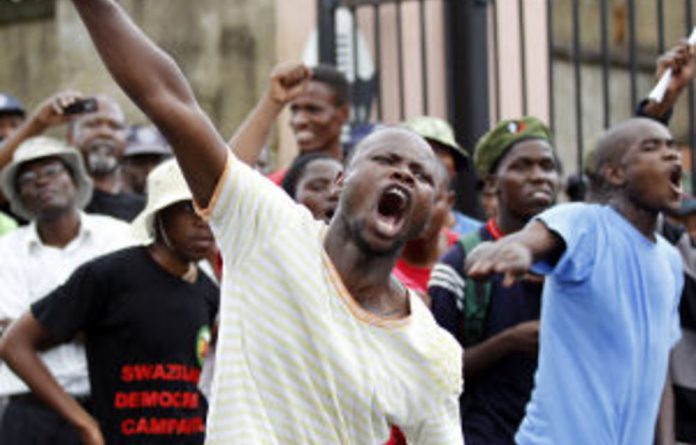 Swaziland will most likely not have the funds to pay civil servants their salaries in May and June, the finance minister said on Wednesday.

Majozi Sithole said the government might not find the funds for May salaries, and as yet has no solution for June, according to The Times of Swaziland.

With the crackdown on media in Swaziland there have been few photographs making it out of the country. These images from the ground show the heavy police presence and efforts to crush the teachers and students protests.

The tiny country of 1,2-million people to the east of South Africa is run by its absolute monarch, Kings Mswati III, whose lavish lifestyle often draws criticism.

Last month, the government cracked down on opposition protests, sparked in part by a freeze placed on public employees’ salaries.

Swaziland is looking for loans worth up to $150-million from the African Development Bank, in order to inject urgently needed funds into its depleted coffers.

The International Monetary Fund has called for greater austerity in the country, in particular spending by the royals, and better accounting practices by the government. The fund has indicated the country would need financial support to meet its obligations. — Sapa-dpa