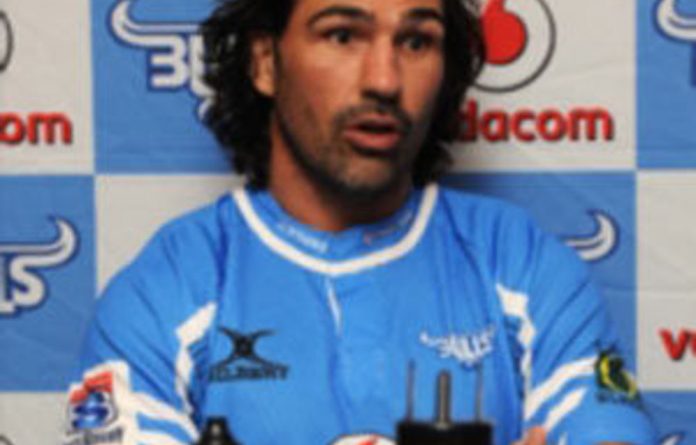 After selecting Victor Matfield on the bench for Saturday’s match against the Melbourne Rebels, Bulls coach Frans Ludeke reiterated that they will not expose potential World Cup players to unnecessary risks.

‘The agreement [with Saru] is that we will never gamble with one of the key players who form part of South Africa’s World Cup campaign planning,” Ludeke said after he announced that Victor Matfield will start on the bench on Saturday.

The Bulls captain, who celebrated his 34th birthday on Wednesday, had been struggling with a minor neck injury, but the Bulls coach highlighted that the second-rower is a key player and that his team cannot afford another loss.

As far as the involvement of the national coaching setup is concerned, Ludeke said that he is aware of what is being asked from Springbok coach Peter de Villiers.

Ludeke does, however not see it as interference.

‘I would not say there is pressure, we have had a few discussions before our bye and he [De Villiers] raised from his side that player management and time on the field is an important aspect that we need to manage.

‘But he is aware of our situation and that we now only try and manage players on the field, but also in the amount of training they do during the week leading up to that game.”

Matfield said that he has recovered well during the team’s bye week and he would not mind getting out there in the last 30 minutes of the game.

With Matfield not leading his men out, the fortress they reclaimed against the Chiefs, scrumhalf Fourie du Preez will lead the squad.

The stand-in skipper admitted that there is a renewed belief in confidence in the squad after their massive fight back against the men from Waikato two weeks ago.

Asked whether the team is more relaxed now du Preez said: ‘It is more a confidence thing. It is a tough competition and if your confidence drops a little the whole team struggles and I think that last 50 minutes of the Chiefs game some things started coming together for us.”

‘Our confidence is back but it is still a must win for us and that will be the case until the end so the win helped us.

‘But we now have to focus on the Rebels although the pressure is slightly less than in our last match.” — Sapa