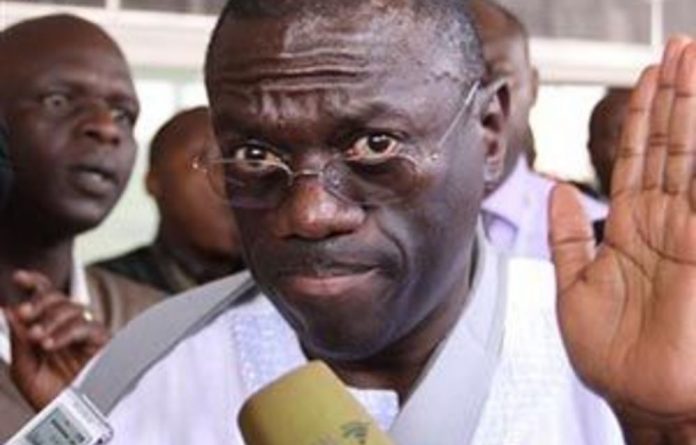 Ugandan President Yoweri Museveni vowed to stamp out “disrupting schemes” on Thursday as he was sworn in for a fourth term while masses of opposition supporters welcomed home his rival, Kizza Besigye.

Police fired tear gas three times to disperse tens of thousands of people who turned out to meet Besigye, Museveni’s strongest challenger in polls in February, on his return from medical care in Kenya after a police beating.

“Disrupting schemes will be defeated just like the previous opportunistic schemes were defeated,” Museveni said at his swearing-in ceremony attended by by several African leaders and thousands of supporters.

The veteran leader, in power since 1986, took an oath to protect the constitution and assured his government would “continue to support all Ugandans including those who did not support us in the last elections”.

But his security forces have come down hard on a series of anti-government protests led by Besigye, who won 26% in the biggest challenge yet to Museveni.

At least nine people have been killed in the crackdown, according to Human Rights Watch.

The opposition leader praised the resistance of his supporters — one of whom carried a placard reading “Besigye must be sworn in as president today” — as the massive throng forced his convoy from the airport to a walking pace.

His arm in a sling after a finger was struck by a police bullet in a protest last month, the Forum for Democratic Change party leader waved at an enthusiastic crowd that danced to blaring music.

“I am glad that people are becoming firm and facing down the brutality. That is the big change,” Besigye said as he waved at crowds from the sunroof of a car that took him into Kampala.

“The people were discontented for a long time but now we are seeing this firmness,” he said.

The vehicles travelled with a police escort and were followed by supporters on motorcycles, with others lining the road in their thousands, cheering and waving greenery.

Police response was markedly more restrained than at all of Besigye’s other recent public appearances but on three occasions they fired tear gas in a bid to disperse the crowd, witnesses said.

As the convoy got closer to the city, they fired more tear gas and used water cannon to disperse the crowd, but Besigye later addressed a gathering at a Kampala suburb where he thanked his supporters.

At one or two points on the 35km route, they also beat back people walking next to Besigye’s car. Earlier they turned back motorbike taxis heading towards the airport to meet him.

A military policeman accused by the crowd of firing live bullets at the opposition supporters was briefly pelted by a hail of stones before he was escorted away by police officers.

The veteran opposition leader (55) last month embarked on a series of “walk to work” protests against soaring food and fuel prices which the opposition blames on the government.

Opposition leaders, including Besigye, have been released on bail after they were arrested in the protests.

However Museveni, a former guerrilla leader, told reporters on Tuesday he planned to introduce constitutional amendments that would see bail prohibited for certain charges, including rioting and economic sabotage.

Besigye has vowed to continue his protests despite the crackdown, including on April 28 when police smashed the windows of his car and sprayed him with tear gas. He went to Kenya the following day.