Battle of the Bay 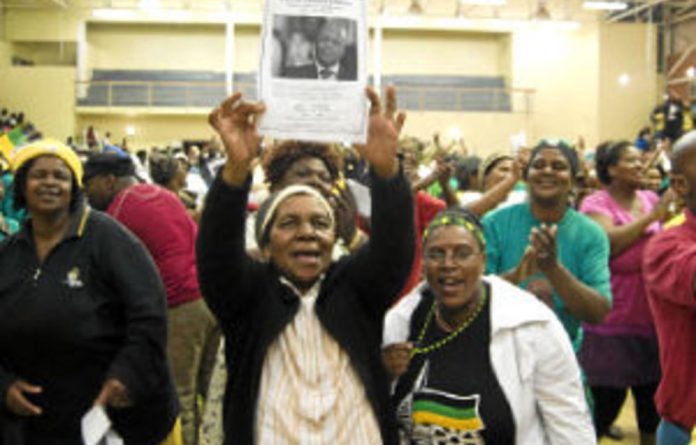 It is in the heartland of the ANC that the next metro that might fall into opposition hands is located — the Nelson Mandela Bay metro in the Eastern Cape.

The metro of Port Elizabeth, Despatch and Uitenhage was home to some of the ANC’s biggest struggle heroes, including Govan Mbeki and Raymond Mhlaba. But now even the ANC is not convinced that it will win it comfortably.

Last week at Standard House, the ANC regional headquarters, party policy head and Justice Minister Jeff Radebe told reporters the ANC may need the help of other parties to get more than 50% of the vote to ensure it continues to run the metro.

“We are confident we will retain the majority of the metro, but we are not opposed to entering into a coalition with other parties,” he said.

In 2009 Nelson Mandela Bay was where the emergence of Cope caused the most damage to the ANC. It haemorrhaged voters, dropping from 64% to 49,4% in the metro — the first time support has dropped that low.

The battle for Mandela Bay

The Nelson Mandela Metropole has become a political hotbed ahead of the local government elections to be held on May 18. It is the only ANC-controlled metro which may fall into opposition hands. We travelled to Port Elizabeth to find out why.

Cope insiders admit the chances of reaching those heights again are slim, but even a moderate showing can clip the wings of the ANC and make an opposition coalition government in Nelson Mandela Bay a reality.

Privately, Democratic Alliance leaders predict support of at least 37% of the vote, but they are also crossing fingers that Cope’s campaign will bear fruit and help them swing the metro. The DA has about 25%, but the party hopes to capitalise on severe infighting within the ruling party.

Qupe told the Mail & Guardian that the protests were the result of the ANC’s processes to choose candidates democratically. “Political infighting is nonexistent; this is the consequence of our democratic processes.”

Although former ANC heavyweight and now Congress of the People MP Smuts Ngonyama is campaigning like a trooper in the area, Cope has accepted that it will be in the pound seats only if it rules in a coalition and perhaps emerges as a kingmaker.

In the rest of the country, Cope’s star has waned, but in Nelson Mandela Bay it still has some support that could help tip the scales, although nowhere near the 17% it received in 2009 in the metro.

Cope’s demise should have put the ANC in a comfortable position to win, but a list of governmental problems has put its majority in jeopardy. They include an almost bankrupt municipality with a cashflow crisis, the bucket system that is still being used by 22 500 people and the demise of ward committees, says Port Elizabeth-based analyst Jolene Steyn-Kotze. Despite big talk by political leaders, the campaign styles of both the ANC and the DA show they know that victory in this coastal city is not certain.

Helen Zille paid several visits to poor coloured communities, knowing that the DA would cash in on the racial dynamics in Port Elizabeth where, as in Cape Town, the vote of the coloureds, who comprise 23% of the population, is a swing factor. As a resident in Helenvale, a suburb in Port Elizabeth, put it: “We’ve always been DA here; I can’t tell you why, but we just don’t want to be with [the ANC].” Zille promised residents a dedicated police force for the city as well as an end to cadre deployment.

The ANC has decided to focus on the past, to remind people of the ­successes of the ruling party in improving their lives.

Cosatu general secretary Zwelinzima Vavi took residents of Motherwell, the township outside PE, through a list of the ANC’s achievements at national level. His promise of a national health insurance by next year was his trump card. The Nelson Mandela Bay metro is, according to most analysts, too close to call (a swing city) and political leaders there will scramble for votes right to the end.