‘I’d do it over and over again’ 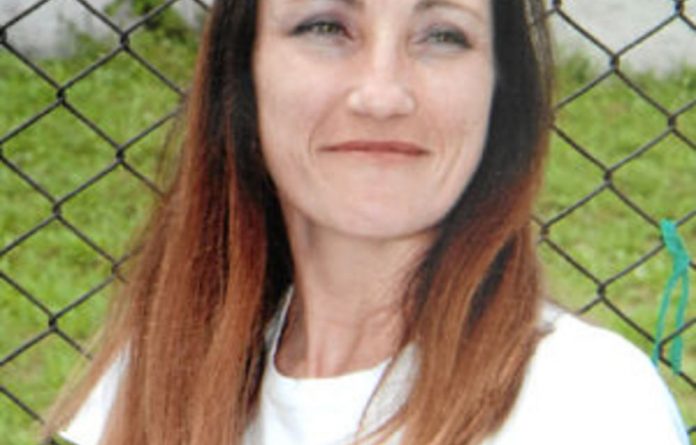 Her mother, Marie Swanepoel, who has spent the past three years fighting to ensure that those who recruited her daughter paid for it, said this was her daughter’s job in prison.

Last week Sheryl Cwele and her Nigerian co-accused, Frank Nabolisa, were convicted in the Pietermaritzburg High Court and sentenced to a 12-year jail term for recruiting Beetge and attempting to recruit another South African, Charmaine Moss, to transport drugs.

“I’m allowed only two calls a year, otherwise people will relay a message to her [on my behalf],” Swanepoel told the Mail & Guardian this week. “I phoned her on her birthday and also wanted to tell her about the sentencing in the case here. But she had already seen it on television. What she did say was that she was very happy about the outcome in court.”

The high-profile case has placed President Jacob Zuma under pressure to act against one of his abinet ministers because Cwele is the wife of the minister of state security, Siyabonga Cwele.

Swanepoel said Sheryl Cwele had never contacted her or tried to approach her in court, even though she had once been her daughter’s close friend.

She said the battle to ensure justice for her daughter had been gruelling. “It’s been very hard for me but I’d do it over and over again.”

Whereas Cwele was granted bail, her Nigerian co-accused is being held behind bars. Both have been given leave to appeal against their sentences.

This week Cwele was placed on special leave from her job as director of health and community in the Hibiscus Coast Municipality in KwaZulu-Natal. Staff who worked with her previously described her as professional and popular, but some admitted to the M&G that they now had “mixed feelings”. Contacted on Wednesday, Cwele said: “I’m visiting my doctor and can’t talk now.”

Later she sent a disheartened SMS to the M&G explaining she did not want to speak about her sentencing at present. “This whole scenario has tainted my faith in humanity,” she wrote.

Beetge, mother of two girls aged 12 and 14, has almost four years of her jail term left to serve. Her mother, who has moved back to Durban from Cape Town to be closer to her granddaughters, said she would not rest until her daughter’s sentence had been reduced.

“Now that the case here is over we’re going to contact the authorities to ask for a further reduction in Tessa’s sentence, but it will take time,” said Swanepoel. Beetge was arrested in June 2008 and it was Swanepoel’s devoted campaign on her behalf that made the case headline news in South Africa.

Shortly after her daughter’s arrest Swanepoel informed the South African authorities, making it clear that Tessa had implicated Cwele and Nabolisa. Despite the revelations, President Jacob Zuma appointed Siyabonga Cwele as minister of state security in 2009. However, it is not clear whether the authorities warned Zuma of the potential political risk the appointment carried.

Despite growing pressure the minister is staying mum on the conviction and sentencing of his wife, declining to comment. “The minister will not be commenting on this matter as it is still before the courts,” said his spokesperson, Brian Dube.

Democratic Alliance parliamentary leader Athol Trollip said it was “quite unbelievable” that a minister of state security could keep silent when his wife had been convicted and sentenced for drug-dealing. “There is also no progress following our call for him to fall on his sword,” he said. “There is no accountability at all.”

Whereas intelligence sources claimed last year that the Cweles were estranged and had been eparated for five years, an M&G investigation found that the couple had enjoyed a week-long family holiday, staying together in picturesque island resorts in Mozambique during Christmas 2009.

The minister did not dispute the story, headlined “Family trips show a very married Mr and Mrs Cwele“. In her bail application Cwele insisted she was still married to the minister and that they were living together.

President Cyril Ramaphosa's Cabinet has been lauded for its inclusion of youthful faces and women.
Read more
World

The contract, to upgrade Sapo network facilities, was initially advertised in 2016 with both Telkom and MTN contesting
Read more
Advertising
Continue to the category
Africa