Minister of music mixing the sounds of the south 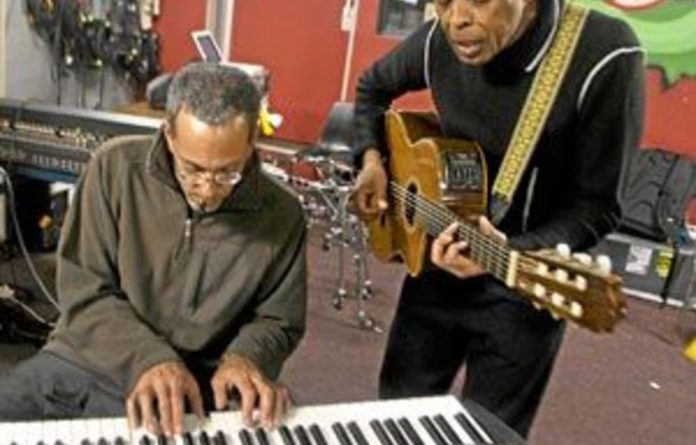 Gilberto Gil, one of Brazil’s best-known musicians, landed on South African tarmac last week. He is part of a film project called Connecting South, a one-month transnational voyage of the southern hemisphere that has taken him across the stark Australian Outback to inner-city Johannesburg and Soweto and on to the Amazon forests.

“The film explores different aspects of the relations between countries of the southern hemisphere,” Gil says. “The idea of the film is to establish connections with the original people from those countries but then go into social questions — the problems of colonisation, poverty, inequality, unbalanced societies and injustice, but also the power and strength that remain in cultural terms, at least for those people and communities.”

Gil was approached by the Swiss production company, Dreampixies, because of his personality and history. He is a protean figure whose thought and music are characterised by an itinerant cosmopolitanism. He has produced more than 50 records and his work has drawn on a multitude of influences including Brazilian folk music, bossa nova, psychedelic rock, reggae, West African rhythms and even 1980s synth music.

Minister of culture
He emerged as a counterculture icon in the 1960s with a movement known as Tropicalismo.

He was imprisoned for promoting revolutionary ideas and forced into exile (he went to London) by Brazil’s military government of the time. Though allowed to return to Brazil several years later, Gil’s life has traversed continents, cutting across both artistic and political spheres. The journey culminated in his appointment as Brazil’s minister of culture between 2003 and 2007 by Brazil’s progressive former president, Luís Inácio Lula da Silva.

Against the backdrop of a plush Johannesburg northern suburbs hotel where we meet, Gil has the measured refinement of a politician, only occasionally beaming or becoming animated when talking about his memories of New York, playing music with his son, or his belief in the legalisation of marijuana.

But once behind his guitar at the Newtown rehearsal venue, his countenance shifts, his placid face opens up and his distinctive singing — playful and percussive — envelops the room.

His visit to South Africa provides an opening to new musical territory for him. Coming from Afro-Brazilian heritage, Gil’s sound has been influenced by West African music, which has informed some of his classic albums such as Refavela. Gil met and was influenced by Fela Kuti.
“South Africa has not been one of the main African areas explored in my work. We [Brazilians] basically relate to Nigeria because of the links with Brazil and Angola, Senegal [and] countries on the Atlantic coast because of the geopolitics and geo-economics,” Gil says.

He did meet South African musicians in exile though, including Hugh Masakela and the late Miriam Makeba, during the 1970s and 1980s. He also served with Makeba as a goodwill ambassador for the United Nations Food and Agriculture Organisation and played several concerts on the same bill as Makeba.

Compelling choices
On this visit Gil will meet and perform with several local musicians. The inclusion of Xhosa throat-singer Madosini, with her haunting guttural landscapes, is a compelling choice. The fluvial chords of Paul Hanmer and his orchestral arrangements for the Miagi Youth Orchestra will provide the backdrop for several of Gil’s tracks.

Vusi Mahlasela will not only provide a voice of comparable melodiousness but will guide Gil through his home area of Mamelodi.

“I’ll explore the city through them [the musicians],” says Gil.

His approach is one of exploration and they will jointly choose the tracks they will play. “I am very comfortable not letting expectations take too much of my mental situation or my sentimental situation,” says Gil. “I’m here to work. Let us do the work and see what comes up from what we are doing.”

The film is directed by Pierre-Yves Borgeaud, who also directed Return to Gorée about Youssou N’Dour and has a long-standing relationship with the ECM label as a director, writer and musician.

“In South Africa we are interested [in] music [that] was carrying revolutionary messages. And music was a catalyst of a lot of frustrations,” says Borgeaud. “The idea is to take Gil as an archetype of the Brazilian solution, somehow, to be proud of being different colours and cultures together, as in mixed race, and everybody should be considered on the same level to have a powerful country. The idea [is] not to give solutions but to present a perspective through music on how we can make things better.”

New ideas and technology
The musical encounters and experimental approach, aimed at opening up new lines of music and thought, are seductive. Ecological issues and new technologies have also surfaced as major issues during this voyage, particularly in conversations with the Aborigines. Gil is a long-standing member of Brazil’s Green Party and ecology is central to his approach to music and politics.

He is animated by the liberatory potential of new technologies. As the minister of culture he oversaw a project that took new technology for the making of music and other arts to poor regions of Brazil. He also promotes flexible intellectual property rights for the distribution of music.

“One of the things we want to show is the role that the internet plays today for southern countries and for pop culture and pop politics and pop economics,” says Gil.

I asked him how his ecological principles align with his global travel.

The filmmaking and musical process is about being open to multiple visions. It is “about the process, what the music can bring or tell of encounters, of the relationship with the other”, according to Borgeaud. “The end result is, hopefully, that as a spectator you are really close to the ­process of beauty appearing.”

Gilberto Gil will play with Vusi Mahlasela, Paul Hanmer, Madosini, the Miagi Youth Orchestra, the Wits Choir and the Fatima Choral Community Choir on Friday May 13 at the Market Theatre, Johannesburg

A history of violence and elusive hope