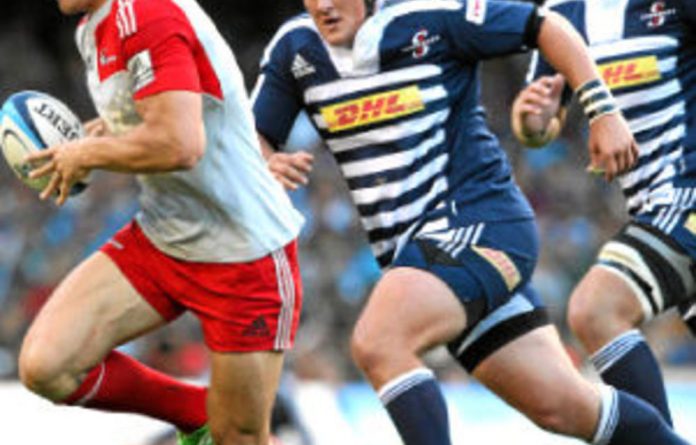 Rugby coaches spend their leisure time in contrasting ways. Perhaps aware that his wings will be clipped when the international season begins, Springbok coach Peter de Villiers chose this week to tell the world that Sonny Bill Williams can’t play. Meanwhile, Sharks coach John Plumtree revealed his plans for relaxation during the team’s bye this weekend. He said: “I’m going down to the Wild Coast with a case of beer.”

De Villiers likes to say things for effect and his summation of New Zealand star player Williams, or SBW as he has been tagged, should be seen in that light. His method of dealing with the man is quintessentially South African: “… close down his space, put pressure on him and hit him hard …” Atavistic in the extreme, it could be a quote from any Springbok coach or player in the past 100 years.

Interestingly enough, one of De Villiers’s favourite centres, Adi Jacobs, has a diametrically opposing view. “You’ve got to move him,” he said of SBW. “If you let him stay in his space he can dominate you physically, but if you move him it takes him out of his comfort zone.”

Jacobs played against SBW at Twickenham earlier this year, so he has a more direct insight into the man than the Springbok coach. He picked the Sharks game against the Stormers as his toughest day at the office, however, saying: “It’s the only game I’ve ever played where I just couldn’t see a gap anywhere.”

But sometimes your greatest strength is also your greatest weakness — and that’s the way it looked on Saturday at Newlands, when the hugely under-strength Crusaders beat the Stormers 20-14. The home side has built its reputation over the last two seasons as the best defensive organisation in the competition. But against outfits such as the Reds and Crusaders, who refused to crumble under defensive pressure, they seemed one-dimensional.

Now the going gets spectacularly tough for Allister Coetzee’s men. Having had an extended honeymoon (and two byes) on these shores, they have a six-week run towards the playoffs that includes the next four weeks in Australasia, followed by the Bulls at Newlands and the Cheetahs in Bloemfontein.

This week it’s the Chiefs in Hamilton, ninth on the log but with an outside chance of making the playoffs. Next week it’s the Blues in Auckland, a team with ambitions to top the combined log. Then it’s two must-win games against the Brumbies and Rebels. We will know a lot more about the Stormers a month from now and their supporters will be hoping that Saturday’s defeat was not a harbinger of things to come.

The Sharks got their season back on track with a spectacular 40 minutes of rugby against the Brumbies. Down 16-6 at half-time, Plumtree’s men scored 28 unanswered points, including four tries, in the second half. They now have a bye, which, by the bizarre rules of the competition, gives them an extra four log points, and the race to top the South African conference — which looked over — is on again.

There was no doubting the extra thrust that Jacobs gave to the midfield when he came on, but it seems that Plumtree cannot bring himself to start with the Springbok darter. Recognising their frailty in midfield the Sharks have signed Marius Joubert from Clermont Auvergne, but they will have to wait for the French season to end before considering him.

Another aspect of the Sharks game that will have to improve if they are to make the playoffs is the mix in the back row. The fractured cheekbone that removed Ryan Kankowski from consideration resulted in Plumtree starting the game against the Brumbies with Willem Alberts at eighth man and Jean Deysel at number seven flank.

When Alberts first came to the fore last season it was in the injury-enforced absence of Deysel. Now that both are fit it seems clear that they are too similar to play together. Kankowski may not be everyone’s cup of tea, especially on soft fields, but his ball-handling skills, pace and unpredictability were thrown into sharp focus in his absence last week.

One fixture anomaly may prove to be defining for the Sharks’ chances this year: they face the Bulls at home and away during the last five weeks of log play. The defending champions currently lie eighth, but have an outside chance of making the playoffs. If their extraordinary second half against the Chiefs two weeks ago was the giant awakening, they may be good enough to replace the Sharks in the mix.

If that is to be the case, they need to make mincemeat of the Rebels this week and kick on from there. The new franchise has won just three games this year, only one away from home. The team opted to come on tour without Danny Cipriani, leaving the Englishman to ponder his future after a less than stellar season both on and off the field.

The Rebels against the establishmentarians should be a no-contest. If it is not, the Loftus faithful can say bye-bye to the trophy the Bulls won three times in the past four years.

There are no available options for containing the spread of Covid-19 that do not have serious economic costs. We need to listen to expertise, not ill-considered opinion
Read more
Advertising
Continue to the category
Education