To our dithering politicos: No Hammerl, no vote 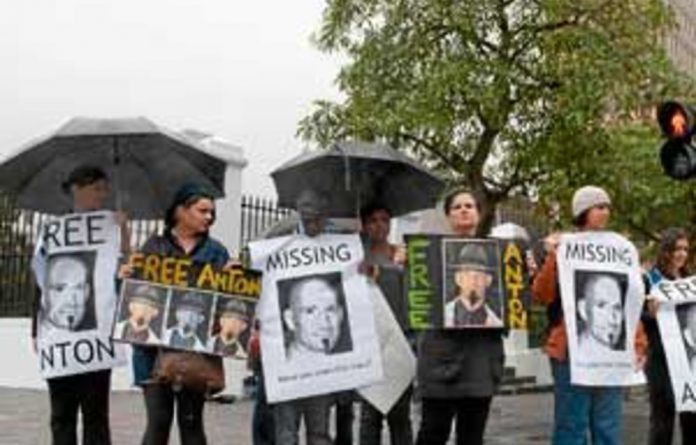 “I just need a head-and-shoulders byline pic. That’s all,” I said tersely.
“That’s exactly what we’re doing,” said Anton Hammerl with that wry smile that had come to annoy me intensely.
“Please smile, Suks,” he said, as my brow furrowed even deeper.

It was nine years ago. We were in one of the stairwells of The Star building in Sauer Street. I was standing on the level below while Hammerl, who was half a flight above me, had hopped over the balustrade, put his right foot against the wall and wedged his left foot between the bars of the railing. With his left hand clutching the balustrade and his right holding his camera, he looked like a skinny Jean-Claude van Damme practising his signature splits. In mid-air. Thankfully the stairwell was narrower than most.

“Suks, you’re not smiling,” said Hammerl as he pointed his camera at me.
“How am I supposed to smile when you’re about to lose your footing and break your back?”
“Please. I do this all the time. Just trust me, these are going to look great. Can you just smile a little? Please.”

I tried to smile, but couldn’t. I was too nervous. My best friend, Penny Sukhraj, was dating Hammerl and naturally I didn’t want to be party to him ending up with a metal plate in his pert bum.

Hammerl was the chief photographer of the Saturday Star back then and despite the responsibility of his position, he was a rapscallion of note. On Friday nights when we were on duty till midnight, he would zip off to the grimy press bar across the road and return with a half-jack of something truly vile to keep us going after the first edition of the paper had been put to bed.

News photographers are generally a motley crew of hardened know-it-alls and when you’re a cub reporter they’ll do their best to toughen you up and expose you to the dark side of life — whether or not you’re seeking such edification.

When Sukhraj and I were studying journalism in 1996 we began freelancing at the Sunday Tribune in Durban, where the curious photographers couldn’t resist the temptation of trying to get a rise out of two seemingly docile Indian women.

From squalid strip clubs to gruesome murder scenes, drug busts and natural disasters, the Trib’s photographers at the time taught us more about journalism than any tertiary qualification ever could. Of course, we gleaned a great deal about objectivity and analytical reporting from senior reporters and news editors who panel beat our stories into shape, but the photographers inadvertently taught us how to add the sort of depth and colour to our stories for the words to hold their own beside the sometimes visceral images.

We both developed a healthy reverence for photojournalists and when we moved to Jo’burg our affinity clearly carried through, as Sukhraj married Hammerl in 2003.

Hammerl, a photographer who’s won more awards than I care to remember, was captured by forces loyal to Muammar Gaddafi on April 5.

Based in Surbiton, London, with Sukhraj and their two sons, he was freelancing in Libya, taking a break from the corporate jobs he does to pay the bills. He excels in conflict photo reportage and craves the excitement of a conflict scenario but is veteran enough never to put himself in harm’s way.

After 38 days (on May 12) and despite South Africa’s well-known rapport with Libya, our government can tell us nothing about Hammerl.

The department of international relations and cooperation says he is safe, but unlike other journalists detained unlawfully in Libya, he still hasn’t phoned home. The department has been saying the same thing for weeks: “We can’t tell you exactly what we’re doing, but we’re working day and night to secure Hammerl’s release.”

That’s starting to sound like a meaningless mantra, which is rendered even more incomprehensible by the fact that diplomatic staff have allegedly been redeployed to Tripoli to search for Hammerl while two of the journos captured with him have now been allowed a visitor each.

Of course, a civil war makes it nigh impossible to hold anyone to account for human rights violations, unlawful detentions and the general muzzling of the media, but despite the seemingly insurmountable obstacles the department of international relations needs to explain how it can say Hammerl is safe without being able to tell his family exactly where he is.

This week Minister of International Relations and Cooperation Maite Nkoana-Mashabane reiterated that Hammerl was “still alive”, but again declined to give any details.

The department’s dithering should remind us of the pressing need to hold public officials to account on everything they say, from the habitually hollow election promises to the equally ineffectual updates about a missing citizen’s whereabouts.

Hammerl once said of his time at Pretoria Technikon in the early Nineties: “Students at the all-white Afrikaans institute were more keen to learn the nuances of light reflected on loaves of bread and shiny cars — rather than consider engaging in the documentary of the country burning outside the back door —”

This analogy couldn’t ring more true in the run-up to the elections as politicians engage in predictably trashy mud-slinging as opposed to doing a little work to help those who pay their salaries.

So, I’m holding my vote ransom until one of the talking heads in the South African government can say something definitive about the search for Hammerl and I suggest you do the same — if you can’t find a politico who’s willing to make good on the promises they make, don’t vote. Hopefully, they’ll either stop making promises they have no intention of keeping or we’ll figure out which ones are attempting to deliver and reward them with the only vestige of power we regular, non-tenderpreneur citizens have over them.

And maybe, just maybe, a positive offshoot of our civil disobedience will be that the state will find him, free him and bring him home.