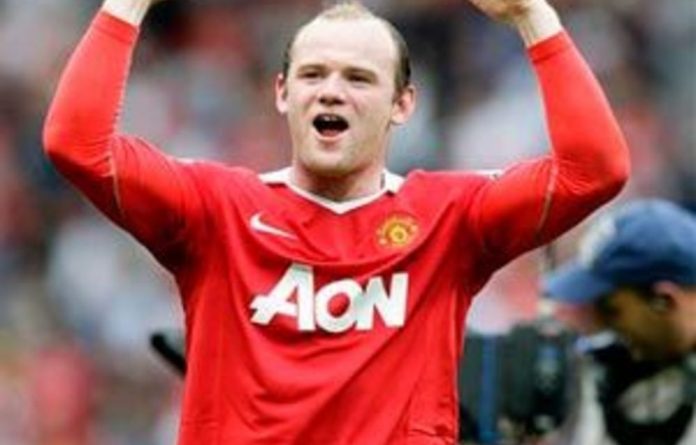 Wayne Rooney scored the goal that gave Manchester United a record 19th English title in a 1-1 draw away to Blackburn Rovers at Ewood Park on Saturday.

United needed just a point from this game to regain the Premier League title from Chelsea and they got it when England striker Rooney scored from the penalty spot 17 minutes from time after Rovers keeper Paul Robinson brought down Javier Hernandez.

Australia’s Brett Emerton had fired Rovers, still not certain of top-flight survival, into a 20th minute lead before Rooney settled United’s nerves with a powerful spot-kick.

The result gave United, now in sole possession of a record they had shared with arch-rivals Liverpool an unassailable seven-point lead at the top of the English Premier League table, with closest pursuers Chelsea only able to win a maximum of six points from their two remaining matches.

At the other end of the table, Wolves climbed a point clear of the relegation zone after a 3-1 win away to Sunderland.

Former Sunderland defender Jody Craddock gave Wolves a 22nd minute lead on his return to the Stadium of Light before a failure to clear a corner allowed Stephane Sessegnon to smash home a 34th minute equaliser at the far post.

But Matt Jarvis, a half-time substitute, provided the cross from the right that allowed Steven Fletcher to head Wolves in at the far post.

Blackpool — who started the day in the bottom three — remained in the relegation zone despite a dramatic 4-3 win at home to Bolton Wanderers ahead of their final game of the season away to Manchester United next weekend.

But victory put them level on 39 points with Birmingham, ahead of the Blues’ match against Fulham on Sunday.

Campbell then teed-up strike partner Jason Puncheon in the 19th minute as Blackpool went 2-1 in front.

But a defence that had conceded 71 league goals this season before this match kicked-off could not deny Bolton an equaliser through Matt Taylor’s angled shot.

However, on the stroke of half-time, Campbell scored his second when he turned in Charlie Adam’s cross.

Bolton though were back on level terms at 3-3 when Daniel Sturridge headed in Lee Chung-Yong’s cross in the 53rd minute.

There was yet another twist when Adam, who led a sweeping counter-attack, shot past Jussi Jaaskelainen from 15 yards to put Blackpool 4-3 in front with just under half an hour left.

Saturday’s other match saw West Brom beat Everton 1-0, Youssouf Mulumbu scoring the only goal of the game at The Hawthorns in the 10th minute before the Toffees’ Russian substitute, Diniyar Bilyaletdinov, was sent-off minutes after coming on for a challenge on James Morrison.

Basement club West Ham are away to second-bottom Wigan on Sunday where defeat for the Hammers will see them relegated.

Manchester City and Stoke, who meet in the FA Cup final at Wembley later on Saturday, face each other again in the league at Eastlands on Tuesday. — AFP