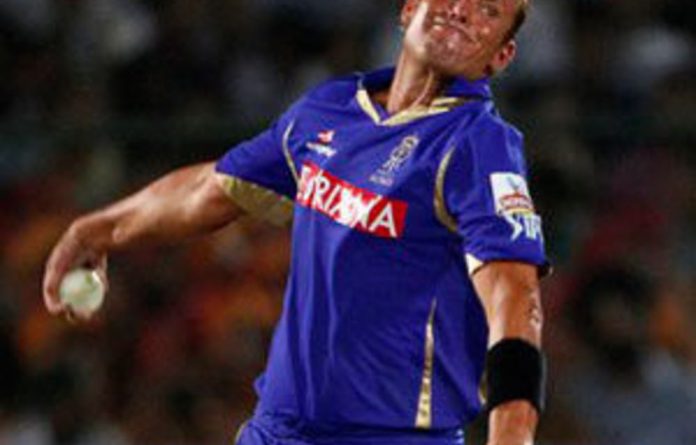 Australian leg-spin legend Shane Warne has apologised for his part in a bust-up with a cricket official after a recent Indian Premier League (IPL) match, reports said on Saturday.

Warne, captain of the Rajasthan Royals IPL team, was involved in an angry exchange with Sanjay Dixit, secretary of the Rajasthan state cricket association, following his team’s defeat at home to Bangalore on Wednesday.

The prolific wicket-taking spinner was apparently upset over the playing surface that was selected for Rajasthan’s last two matches against Chennai and Bangalore, both of which the home side lost.

Dixit claimed Warne had been putting pressure on him to provide a “suitable” wicket for Rajasthan’s home matches.

Rajasthan Royals chief executive Sean Morris said in an e-mail to Dixit that the franchise had decided to take disciplinary action against Warne and the Australian had accepted it, the Press Trust of India news agency reported.

“The player has accepted the action that we have taken and apologised for any distress caused,” Morris said, without elaborating further.

The incident took place in full public view minutes after the post-match prize distribution ceremony at the Sawai Mansingh Stadium in Jaipur.

After the defeat against Chennai on Monday, Warne had questioned why the home side was asked to play on a different wicket to the one used in previous games.

The two back-to-back defeats against Chennai and Bangalore have dented Rajasthan’s chance of advancing to the play-offs and shattered Warne’s dream of a second IPL title.

Warne, who had scripted an amazing Rajasthan triumph in the inaugural Twenty20 competition in 2008, is set to retire from all forms of the game after the current edition. — AFP