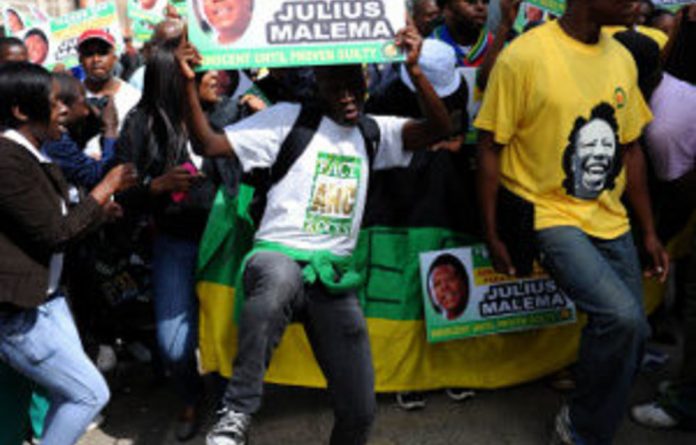 The ANC says it is “extremely disappointed and puzzled” by a high court decision refusing it leave to appeal an earlier finding on the singing of a controversial struggle song containing the lyrics “dubul’ ibhunu” (shoot the boer).

It said it would now take the matter to a higher court.

“We are perturbed and shocked by the acting judge’s decision as we believe that he appears to have misunderstood the nature of the relief which was sought by the ANC,” the ruling party said on Monday.

Earlier, the high court in Johannesburg ruled that the lyrics “dubul’ ibhunu” were prima facie incitement to murder.

In his order, acting Judge Leon Halgryn said “… the publication and chanting of the words “dubul’ ibhunu”, prima facie satisfies the crime of incitement to murder”.

This was an amendment to his original order that only contained the word “incitement” and formed part of a judgment that dismissed an attempt by the ANC to intervene in the matter and appeal his order.

The ANC said on Monday that it would now take the matter to a higher court.

“The ANC is extremely disappointed and puzzled with the ruling of the South Gauteng High court to refuse our request for leave to appeal an earlier finding by the same court relating to the singing of a freedom song.

“The ANC had earlier approached the South Gauteng High Court to grant us leave to appeal its earlier ruling that the singing of the freedom song was unconstitutional and fitted the crime of incitement.

“We have thus instructed our lawyers to approach either the Full Bench of the South Gauteng High Court or the Supreme Court of Appeals to grant us the leave to appeal.”

It remained the ANC’s conviction that a different judge/court could have come to a different conclusion on the matter.

“In addition to his refusal to grant us leave to appeal his earlier finding… acting Judge Halgryn went beyond the request before him and made a finding that the singing of the song incited the commission of murder and constituted hate speech,” it said.

The case concerns two members of the Society for the Protection of Your Constitution, one of whom, Mahomed Vawda planned to sing it at an anti-crime march in Mpumalanga last year. Another member, Willem Harmse, opposed this.

The matter progressed to the South Gauteng High Court in Johannesburg, where the two eventually reached an agreement and without much press fanfare secured a settlement order by the judge prohibiting the singing of the words.

The ANC then applied for leave to appeal and to intervene, leading to Monday’s judgment.

In his order, Halgryn said “The publication and chanting of the words dubula ibhunu, prima facie satisfies the crime of incitement to murder”.

Willie Spies, a lawyer for AfriForum who had also applied to intervene in the appeal application, said this effectively prohibited the singing of these lyrics by anybody and made it a crime.

The Equality Court case against Malema continues at the South Gauteng High Court in Johannesburg. — Sapa