Gaddafi regime: Hammerl ‘has not been found’ 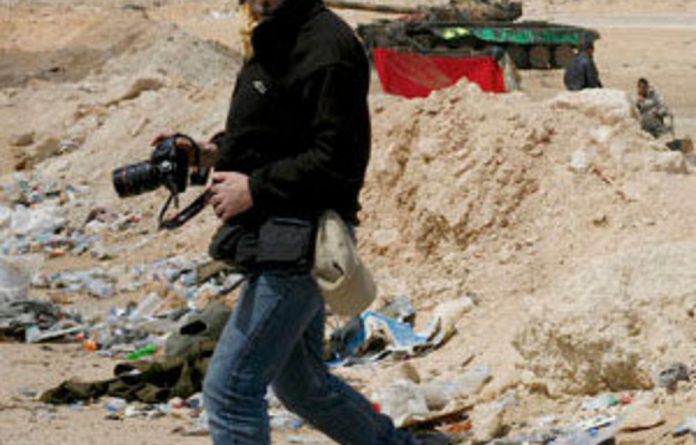 A Gaddafi official says missing SA journalist Anton Hammerl has not been found, and a trial of detained journalists has been indefinitely delayed.

South African photojournalist Anton Hammerl, who was reportedly seized by forces loyal to Libya’s leader Muammar Gaddafi on April 5, was not among the journalists who had been expected to face the judge.

In fact, Libyan government spokesperson Moussa Ibrahim told AP on Monday evening that a South African journalist reported to have been captured by Libyan forces — assumed to be Hammerl — had not been found.

Ibrahim said on Monday that the reporters who had been expected to appear before a judge on Tuesday would in all likelihood be released.

“It’s not a big deal. They should be fined a certain amount of money and then they should be released,” he was quoted as saying on Monday.

The reporters are thought to be James Foley, a photojournalist working for Boston-based news agency GlobalPost; Clare Morgana Gillis, who was covering the fighting for the Atlantic and USAToday; and Manu Brabo, a Spanish photojournalist. They were captured on April 5.

But on Tuesday it was announced that their trial had been delayed indefinitely, with no details given as to when — or if — it would take place.

Local journalists were told they would most probably be barred from attending the trial when it takes place.

In South Africa, South African officials confirmed on Tuesday that they had still not gained consular access to Hammerl, who was reportedly seized by Gaddafi’s militia near Brega on April 5.

International Relations and Cooperation Department (Dirco) spokesperson Clayson Monyela said of Hammerl: “We still do not know his whereabouts.”

President Jacob Zuma has been criticised for not raising Hammerl’s release when he met with Gaddafi recently.

Dirco minister Maite Nkoana-Mashabane had been due to hold a meeting with the South African National Editors’ Forum on Tuesday morning, but Monyela said this had been cancelled due to “election commitments”.

Last Thursday she was quoted by the Star newspaper saying Hammerl was alive and safe.

“I think what is very critical is to make sure that he remains safe, but also that we safely bring him back home,” she told the paper.

According to the report, she confirmed the South African government had proof Hammerl was alive.