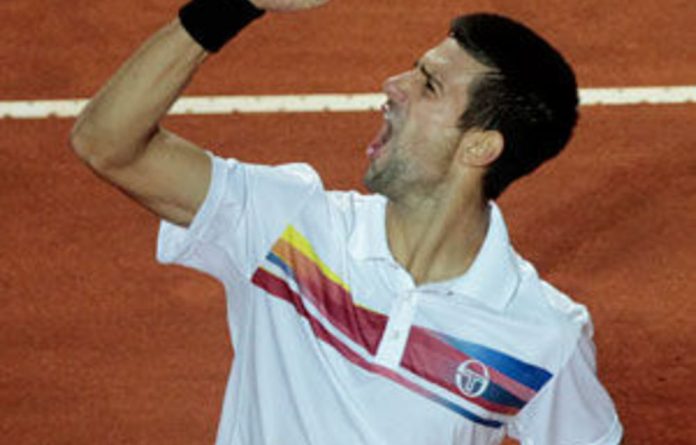 Novak Djokovic is poised to deliver a double blow to Rafael Nadal by shattering the Spaniard’s bid to equal Bjorn Borg’s record of six French Open titles and dethroning him as world number one.

Djokovic, who turns 24 on Sunday, the first day of Roland Garros, is a two-time semifinalist in Paris, where Nadal has only ever lost once since his 2005 debut.

But the world number two Serb has been on a super-charged record-breaking run in 2011.

He has won all of the 37 matches he has played, and is just five shy of John McEnroe’s record unbeaten season start of 42, set in 1984.

Djokovic has also won seven titles, capturing the Australian Open as well as the season’s opening four Masters events in Indian Wells, Miami, Madrid and Rome, where Nadal was his vanquished opponent on all four occasions.

Crucially, Madrid and Rome were on clay and were wins achieved in straights sets.

But despite his run, Djokovic is desperate to play down the hype of the two weeks ahead, which could see a shift in the sport’s balance of power.

“Let us be clear — he is the king of clay, the best ever to play on this surface,” Djokovic said about Nadal.

Different animal
There is no doubt that the Djokovic of 2011 is a vastly different animal to the raw teenager whose early appearances on tour were often undermined by a brittle physique and questionable stamina.

His first two French Opens saw injury-enforced retirements, against Guillermo Coria in the second round in 2005 and at the 2006 quarterfinals against Nadal, one of three losses to the Spaniard in Paris.

Even in 2010, the old doubts re-emerged when he squandered a two-set lead to lose his quarterfinal to Jurgen Melzer in five sets.

But when he inspired Serbia to their first Davis Cup final triumph in Belgrade in December, Djokovic suddenly discovered the missing ingredient.

And 39 wins later, he has not looked back.

“All these years I have been in a learning process of working hard, waiting for everything to come together,” explained Djokovic, who will be assured of the world number one spot if he reaches the final in Paris.

“I had been winning Major events before but did not have the consistency and did not have a great mental approach when I played big players.

“The Davis Cup gave me an incredible energy. Today I am definitely not thinking of losing a match and thinking only of winning.”

Nadal, a year older than Djokovic, insists he is not shell-shocked by his back-to-back defeats by the Serb, losses which came a year after he had completed a clay-court sweep of Monte-Carlo, Madrid, Rome and Paris.

Furthermore, Nadal has defeated Djokovic three times in Paris, all in straight sets.

His 2008 and 2010 surges to the title were achieved without dropping a set and Nadal believes all the pressure will be on Djokovic.

“He beat me in the last four Masters but I beat him in lots of important things in the past — the semifinals of the Olympics, the final of the US Open, two semifinals at Roland Garros,” said Nadal.

“We will see what happens. For me it doesn’t matter if people think I am more beatable than before.”

Supporting role
The fascination with the Nadal-Djokovic duel has left 16-time Grand Slam title-winner Roger Federer in the unusual position of supporting role.

Federer, the 2009 champion, will be 30 in August and is desperate to prove that he is still a threat at the Majors.

He is also driven by a desire to recapture the number one spot, where his 285 weeks on top of the rankings is just one week short of Pete Sampras’s record.

Federer’s three clay-court outings this year have ended prematurely, with a quarterfinal loss to Melzer in Monte-Carlo, a semifinal exit against Nadal in Madrid followed by a third-round defeat to Richard Gasquet in Rome.

Federer has not reached a Grand Slam final since winning the Australian Open in 2010.

“It’s not like I’m struggling in the first or second round. It’s a new situation with Novak not losing,” said Federer.

Andy Murray, too, will be happy to be under the radar in Paris.

The world number four was two points away from defeating a weary-looking Djokovic in the Rome semifinals and is hopeful of improving on his best Paris performance, a quarterfinal run in 2009. — Sapa-AFP

The two countries have rolled out China’s Sinopharm vaccine, but data issues are likely to keep some countries from doing the same
Africa