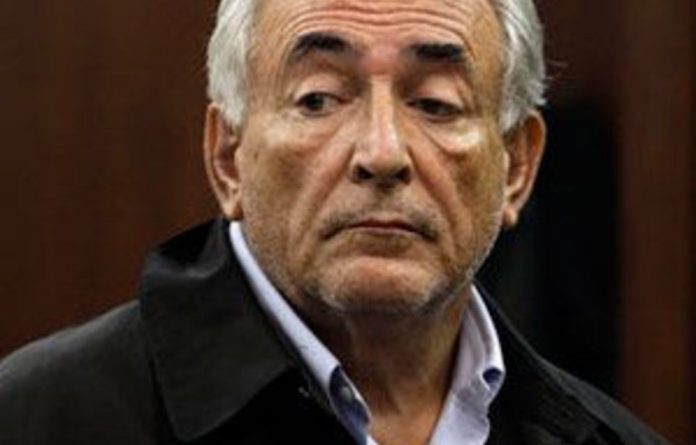 The resignation of International Monetary Fund (IMF) head Dominique Strauss-Kahn promises to set off a succession battle to lead the global lender pitting the developing world against the West.

Five days after Strauss-Kahn was arrested for allegedly sexually assaulting a maid in a posh New York hotel, the IMF, a crucial player in protecting global economic stability, has given no suggestion of what it will do.

But possible candidates have been mentioned and a fight looms over whether the next chief will come, as tradition has dictated, from Europe, or from one of the rapidly developing economies flexing their muscles on the world stage.

As pressure swelled for the IMF to chart its course through the crisis, Strauss-Kahn announced early on Thursday that he would step down as he again denied all the charges against him.

He did not give any indication of who he wanted to succeed him, saying only that he wanted “to protect this institution which I have served with honour and devotion”.

The IMF itself has said little about the crisis and continued its work under acting director John Lipsky, signing off this week on a €78-billion Portugal bailout, releasing funds for Ireland’s bailout, and putting pressure on Pakistan to improve its fiscal management.

“The fund will communicate in the near future on the executive board’s process of selecting a new managing director. Meanwhile, Mr John Lipsky remains acting managing director,” the IMF said in a short statement accompanying Strauss-Kahn’s resignation letter.

Officially, the 24-member executive board votes to fill the top post, with votes weighted based on member countries’ and region’s subscription quotas.

But traditionally it has been negotiated based on a pact that gives the United States a hold on the World Bank’s top job, and Europe the IMF position.

Some European leaders have already called for another European to be named, with French Finance Minister Christine Lagarde and former German central banker Axel Weber mentioned as possible candidates.

Dissatisfaction
In recent years, however, shifts that have given rising economies greater quotas, and dissatisfaction with the IMF’s approach to many crisis-struck countries, have sparked pressure for a broader-based pool of candidates.

“South Africa calls for a candidate from a developing country to be given the opportunity to be the managing director of the IMF,” the country’s Finance Minister, Pravin Gordhan, said on Wednesday.

“The era is over in which it may have been even remotely appropriate to reserve that important post for a European national,” Brazilian Finance Minister Guido Mantega said in a letter to G20 colleagues.

As blocs, the G7 major economies hold 44,3% of voting rights, while emerging market and developing countries have 40,5%, based on March 2 IMF figures.

But negotiations will play a major part, concluded Mohammed El-Erian, the chief executive of investment giant Pimco, who has also been mentioned as a candidate for the post.

“Judging from the dynamics already in play, [the selection] will again be undermined by an outmoded and harmful process that places national prestige above the multilateralism that the IMF stands for,” he said in a recent article.

“This feudal selection approach must be changed; and now is the time to do it.” — AFP

Paul Handley is a former AFP bureau chief in Riyadh. He is currently the US security correspondent for Agence France-Presse (AFP) in Washington DC, covering crime, justice and US politics. His reporting has appeared in Business Insider, New Zealand Herald, AlterNet, France 24, Yahoo, The New York Times, The Times South Africa, The Globe and Mail, and the Sydney Morning Herald. He is author of The King Never Smiles about the late Thai monarch.