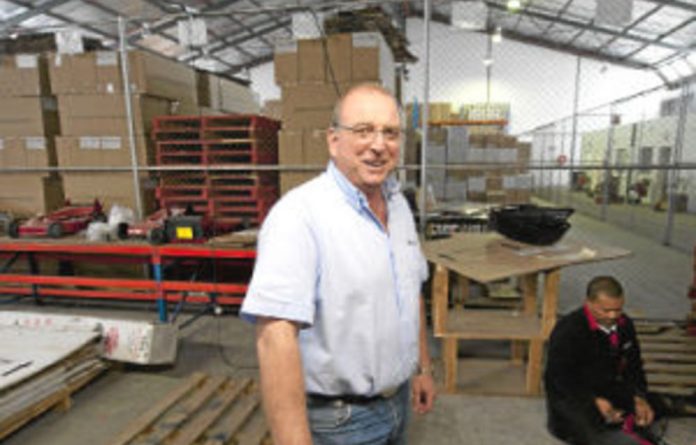 The attitude of local owner-managed manufacturers towards the Walmart-Massmart merger seems to be enthusiastic support — a striking contrast to the submission of the SMME Forum, which claimed to be speaking on behalf of small suppliers at the Competition Tribunal earlier this week.

Several well-known self-made entrepreneurs and owner-managers who spoke to the Mail & Guardian welcomed the prospect of doing business with Walmart. This is a far cry from the picture painted by the SMME Forum to the proposed merger between United States giant Walmart and the local retailer Massmart. The forum’s legal representative told the tribunal why it believed no small suppliers had complained about the deal: “The fear of retribution has ensured that ­suppliers would not come to this ­tribunal to tell their stories.”

Tebogo Khaas, who claims his SMME Forum represents 4 200 small businesses, said in his submission that an unqualified merger would hurt local small businesses, especially black-owned ones, because “the merged firm is likely to import large quantities of goods from outside South Africa”.

But Herman Mashaba, a local entrepreneur and founder of the Black Like Me cosmetics brand, said he applauded the entry of Walmart. “As a small businessman, an entrepreneur and a capitalist, I want to live in a free-market economy. If we as a country come out with restrictions [on the merger] I cannot see how that would benefit me as a trader. The freer the market, the better for any entrepreneur.”

He said the idea that small-business owners would be hurt by Walmart was based on the dangerous misconception that small businesses could “jump from the womb and run”. Small suppliers who tried to trade with big retail chains “overnight” would end up burning their fingers because of the large quantities they required.

“You start small and grow,” Mashaba said. “Twenty-six years ago I was running around in the townships going from salon to salon establishing my distribution network. Eventually I attracted interest from the national chains. I didn’t just jump from nothing into the national chains.”

Mashaba also dismissed the concern that Walmart would concentrate too much power in the hands of a single buyer. The large chains would compete with one another to get good products on their shelves and independent retailers would always be there as a first step for emerging suppliers.

“Look at independent traders in this country, particularly Indian traders, successfully competing with the bigger players. They are always there for small manufacturers if the big retailers don’t want to come to the party,” Mashaba said.

He believed that Walmart presented an opportunity for local manufacturers to distribute internationally through the US giant’s global network — a view shared by Graham Paarman, the managing director of Paarman Foods. “It’s a very definite possibility down the line that it [Walmart] may find niche markets for our products elsewhere. I think everybody’s been obsessing about being threatened by it but on the reciprocal side there are opportunities as well.”

Paarman foresaw another possible advantage in Walmart’s no-nonsense approach to suppliers. “I’ve heard, for example, Walmart’s approach would be ‘just give us your best possible price and forget about your confidential rebates and whatever’.

“The balance of power is definitely tilted towards the retailer in South Africa and you may well find with Walmart coming into the market it will shake up things locally and you may even find relationships between retailer and supplier actually improving,” Paarman said.

Kim Pratley, the managing director of the family-owned adhesives outfit, Pratley Manufacturing & Engineering Company, said the real threat to local manufacturers was not Walmart’s ability to flood the market with cheap high-quality goods but local labour. He was confident that the merged Walmart Massmart chain would stock Pratley products but he was less sure that Pratley would be able to continue manufacturing locally because of an education system that was failing the labour force and “pernicious” labour laws that made it difficult for manufacturers to rid themselves of unproductive workers.

Franz Marent, the owner of the Lawn Star range of gardening equipment, is taking a wait-and-see approach to Walmart’s arrival. He said overseas competition was “nothing new to us” — Lawn Star had to adapt to a flood of cheap Chinese imports in the past six years. Although the Massmart group (which includes Game, Makro and Builders Warehouse) had a “huge” share of the non-food market, Lawn Star had established a broader range of independent outlets to ensure “that we don’t have all our eggs in one basket”.

Approached for comment, Khaas said that his concern was not so much for small manufacturers but for local middlemen and small importers of overseas products, whose operations would be sidestepped by Walmart’s efficient global procurement structure. He said the SMME Forum had made it clear that it wasn’t against the merger but that the “less entrepreneurial” importers and distribution agents needed time and training to adapt to the onslaught of the Walmart machine. He felt vindicated by the establishment of a R100-million enterprise-development fund Walmart and Massmart had announced at the tribunal but asked that it be increased to R160-million — 1% of the value of the deal.

Khaas refused the M&G access to his database of members to verify his claim that he represented thousands of small businesses. But he did put the M&G in touch with one SMME Forum member, a Johannesburg-based distributor who employs more than 50 workers.

He spoke on condition of anonymity for fear of losing his distribution contract with Massmart stores. He mainly distributes goods imported by a large multi­national company. He feared he would lose business to “much bigger and financially more stable global distributors” that would come to South Africa because of the merger.