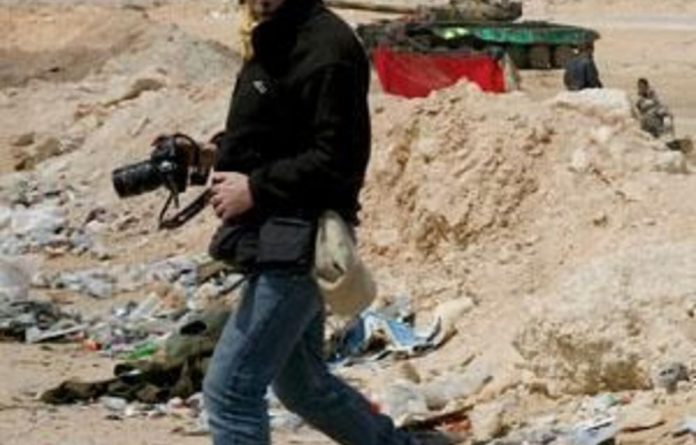 “We kept getting reassured at the highest level that he was alive until his colleagues were released and shared the information yesterday [Wednesday],” she told reporters in Pretoria.

“We are disappointed that we were not informed by Libyan authorities, but from the journalists who were with him.”

Nkoana-Mashabane and the Austrian ambassador to South Africa expressed their condolences for the “tragic” loss, saying consular services would continue being provided to his family.

Austrian ambassador Otto Ditz said: “We are very disappointed at the Libyan side that they had not conveyed the news. Now we hope they will be cooperative and show us where he is buried so we can bring him to his family for proper burial.”

Nkoana-Mashabane said the journalists had not mentioned Hammerl’s death earlier as they feared for their safety.

Ditz said they had received information from Hammerl’s brother that he had gone missing and had been working with South African authorities since.

“We could not have done any better. We followed up on all possible channels we could.”

There had been no hint from Libyan authorities that Hammerl was dead. Instead they received empty promises, he said.

Ditz described Hammerl as a “great photographer who knew the risks”.

He hoped Hammerl’s body would be found.

The forum was “devastated and angry” at the turn of events. Sanef had a meeting with the department of international relations early on Friday morning, a meeting which was initially aimed at finding ways to locate the photojournalist and get him back home.

“But now we’ve met under grim and sad circumstances. Now we’re talking about Hammerl in the past tense.”

The Democratic Alliance on Friday questioned the South African government’s role in communicating news about Hammerl.

Hammerl was killed on the day of his capture, more than six weeks ago.

His family only found out about his death on Thursday evening, after being telephoned by two journalists who were with him when he was shot in the Libyan desert.

“It is unclear what the South African government did or did not know. It is, however, simply unfathomable, and difficult to contemplate, that the minister of international relations would have given the family false hope, by claiming Mr Hammerl was still alive, last week,” Democratic Alliance leader Helen Zille said in a statement.

Zille said that “in the immediate aftermath of this sort of terrible news our focus must fall on the family and friends, but profoundly serious questions need to be asked of Minister Nkoana-Mashabane, and indeed President Jacob Zuma, in the weeks to come”.

The Hammerl family released a statement in the early hours of Friday morning, saying they had been informed he had been shot on April 5.

“On 5 April 2011 Anton was shot by [Muammar] Gaddafi’s forces in an extremely remote location in the Libyan desert. According to eyewitnesses, his injuries were such that he could not have survived without medical attention.

“From the moment Anton disappeared in Libya we have lived in hope as the Libyan officials assured us that they had Anton. It is intolerably cruel that Gaddafi loyalists have known Anton’s fate all along and chose to cover it up.”

Hammerl, who worked for the Star newspaper in Johannesburg, was initially reported to have been captured by Gaddafi’s forces near Brega on April 5.

Hammerl’s wife Penny Sukraj was informed by United States journalists Clare Morgana Gillis and James Foley of the shooting. The pair had been released from Libyan custody and spoke to her from Tunisia on Thursday night.

They were with Hammerl when they came under fire in the Libyan desert near the town of Brega. Hammerl was shot in the stomach, according to family friend Bronwyn Friedlander.

She said assurances of Hammerl’s capture in Libya, apparently given to the South African and Austrian governments, were “incredibly cruel”.

GlobalPost reported that Hammerl had gone with Gillis, Foley and Spanish photographer Manu Brabo with the intention of spending a night with the rebels at a camp east of Brega.

The photojournalists had heard reports that pro-Gaddafi forces were dug in nearby. Foley told GlobalPost the four had got out of their car, but within seconds the rebels were in retreat as two armoured Libya military trucks carrying about 10 pro-Gaddafi troops barreled into the area.

They were all firing AK-47s over their heads, reported GlobalPost.

“It all happened in a split second. We thought we were in the crossfire. But, eventually, we realised they were shooting at us. You could see and hear the bullets hitting the ground near us,” Foley told the paper.

Hammerl, who was closest to the fighting, cried out for help. Foley called out, “Are you OK?”

“No,” was Hammerl’s only reply. After the third barrage of fire, Hammerl’s cries ended, said GlobalPost.

“I thought instinctively that we were all going to get killed, so I jumped up to surrender and screamed that we were journalists,” Foley was quoted as saying.

Foley said he was punched in the face and dealt several blows with the butt-end of an AK-47 in the jaw and head. Brabo and Gillis were also punched, said the paper.

The three were then handcuffed with electrical cords and tossed into the cab of a pick-up truck.

‘We would be in greater danger ourselves’
Just before they were captured, Foley saw Hammerl’s limp body lying in the sand. He said Hammerl had been shot in the abdomen and was bleeding severely, reported GlobalPost

While in captivity, Foley said he and the other photojournalists had wrestled with how to communicate the news of Hammerl’s death to his family.

“We knew collectively that if we spoke about Hammerl’s death while we were detained, then we would be in greater danger ourselves. But now that we’re free, it’s our moral imperative to tell the story of this great journalist and father,” he was quoted as saying by GlobalPost.

“Our prayers and thoughts are with Anton’s family, friends and colleagues. We are told he was shot on April 5. Why did it take so long to confirm his death? Anton will always be remembered as an outstanding photographer and a good human being. The news is devastating.

Photojournalists Tim Hetherington and Chris Hondros were killed last month after coming under fire in the besieged Libyan town of Misrata. – Sapa