How to beat the ball-hoggers 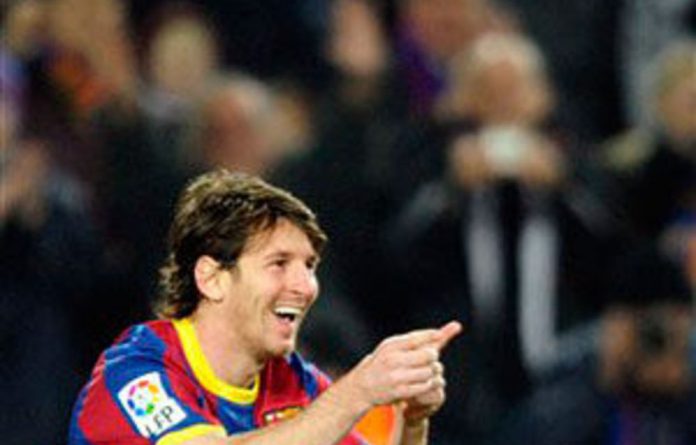 Blockades, psychological onslaughts and belligerent tackling all failed, so now the problem drops like a slab on Manchester United. The question of how to win at Wembley next Saturday starts with a negative: how to stop Barcelona.

Internazionale, Chelsea, Arsenal and United have all scratched out success against Barca’s ball-hoggers in the past three years. Inter knocked them out in last year’s semifinals and United achieved the same feat on the road to Moscow in 2008. In between, Chelsea presented Pep Guardiola’s side with a set of difficulties it took Tom Henning Ovrebo’s abject refereeing to overcome two years ago at Stamford Bridge.

Even Arsenal were ahead on aggregate in this year’s second round until Xavi Hernandez’s 69th-minute goal restored parity at the Camp Nou and Lionel Messi killed the tie with a penalty two minutes later. A composite tactical analysis of all the pressure Barcelona have come under in big games of the 2008 to 2011 period would theoretically solve the conundrum: how do you win a football match when the other team refuses to let you see the ball?

Jose Mourinho’s Real Madrid started out with a plan in the semifinal first leg to defend with a seven-man wall, then send Emmanuel Adebayor on to start a direct assault, then unleash Kaka and Gonzalo Higuain for the final 20 minutes.

Mourinho’s scheme was wrecked by Pepe’s sending off. And Kaka’s limp display in the return leg hardly suggests he would have changed the narrative in 20 minutes. Real’s tactics in the second leg were warped by the chaos of the first game. About the only method Mourinho was able to employ again from his exile was aggression: not only heavy tackling but minor nudges and digs after the ball had gone, which were pre-planned to pierce Barcelona’s smugness.

According to Guillem Balagué, the respected Spanish commentator, coaches in his homeland reckon the way to inconvenience Barcelona is to attack their “first line”, which means their centre-backs (principally Gerard Piqué), who start most of their forward moves. Pinning the fullbacks in their own half is another tempting option, especially as Carles Puyol at left-back is less inclined to raid.

The Barcelona passing religion
Balagué points out, though, that Barcelona play with 11 outfield players effectively, because in the first leg Victor Valdes, their goalkeeper, touched the ball with his feet more times than many Real players. From his anchor point he is a constructive passer as well as a stopper. But Piqué is the main “starter” from the back.

To strangle these sweeping moves at source requires a risky pressing game high up the pitch, but the tactic is not sustainable for 90 minutes. The siege cannot hold. Xavi, Andrés Iniesta and Lionel Messi will escape. The Barcelona passing religion will always prevail.

At Inter and Madrid, Mourinho tried the alternative method of allowing Barcelona the ball and setting up a fortress in which his team would wait for their chance to counter-attack. Decades of Italian defensive knowhow made this easier to impose at Inter. To Madrid, though, it was an alien concept; a self-reinvention that turned out to be impossible in the short time allotted to them on the training ground.

The word in Spain is that Guardiola has never been more alarmed than he was by Chelsea, whose power, defensive strength and zeal in contesting 50-50 balls was often more than his small team of geometrists could cope with. Efficient screening and organisational cunning along the back four is the first non-negotiable for a team plotting to beat Spain’s champions. United possess these virtues.

Barcelona posted 64% possession against Real Madrid’s 36%. Messi was fouled more times than the Real team combined. The “sterile domination” Arsene Wenger talked about in defeat creates fewer clear chances than Guardiola would like, but Balagué points out that the attacking moves are not free-form but “highly organised”, so that when Barca lose the ball the team are in position to win it back.

Even with fatigue kicking in for the World Cup-winning players, they present a formidable arsenal of threats, especially with Messi at the height of his powers. “Taking into account what these players have come through it’s incredible. They just keep going and going,” Guardiola said. Resistance is hardly futile at Wembley, but it will need to be clever. —